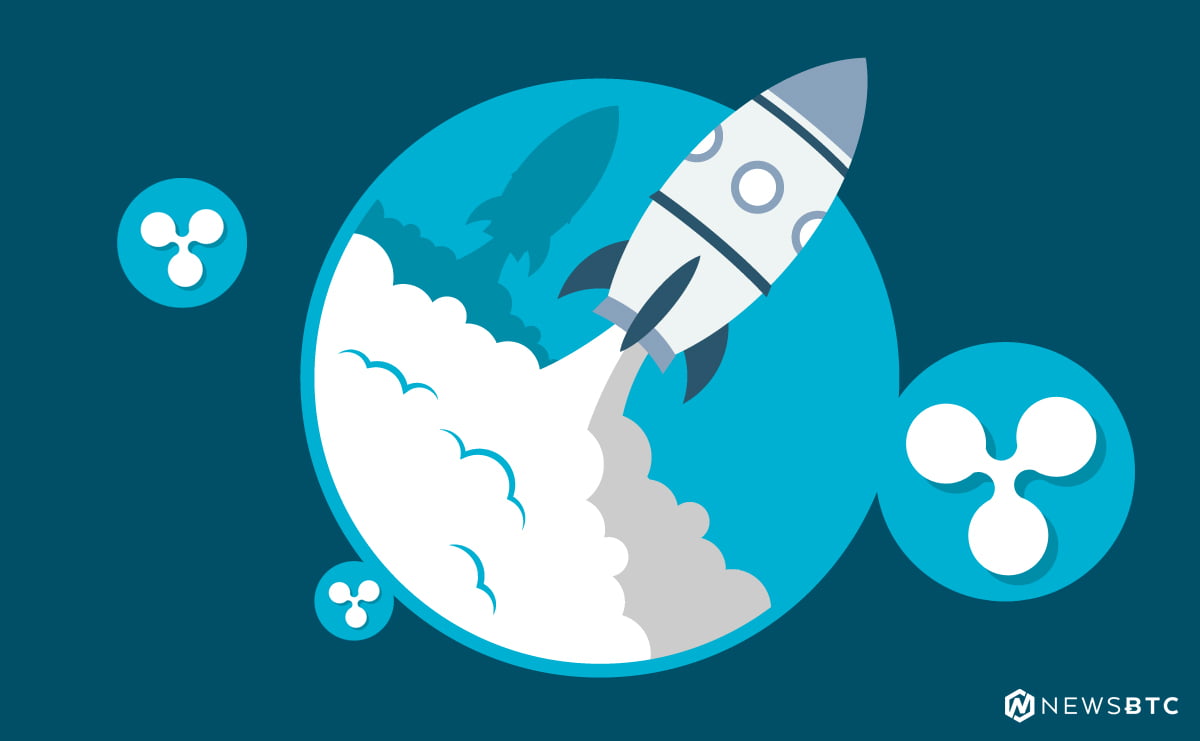 Ripple price bounced back from lows against the US Dollar and Bitcoin. XRP/USD is now facing a crucial resistance near the $0.4450 level.

There was an extended decline below the $0.4300 level in Ripple price against the US Dollar. The XRP/USD pair declined further and broke the $0.4250 support area. A new weekly low was formed at $0.4229 before the price started an upside recovery. There was a decent bounce and the price moved above the $0.4300 resistance. Moreover, it broke the 23.6% Fib retracement level of the last decline from the $0.4811 high to $0.4229 low.

There are many positive signs from the $0.4229 low, but the price is currently facing many hurdles. There is a new major bearish trend line in place with resistance near $0.4450 on the hourly chart of the XRP/USD pair. The same trend line is near the 38.2% Fib retracement level of the last decline from the $0.4811 high to $0.4229 low. Above the trend line, the next hurdle is near the $0.4500 level. Finally, the 100 hourly simple moving average is positioned near the $0.4520 level to act as a resistance. 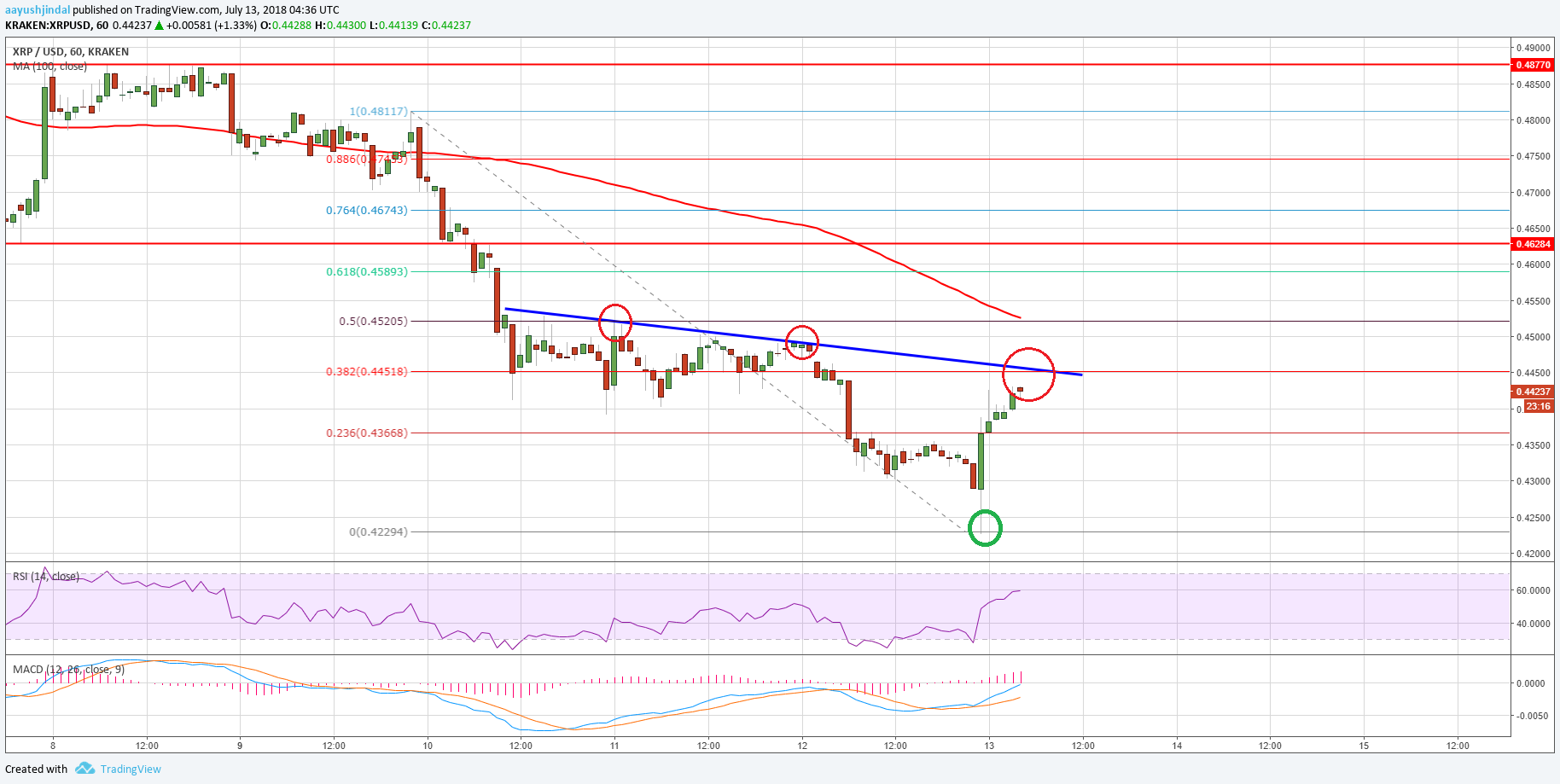 Hourly MACD – The MACD for XRP/USD moved back nicely in the bullish zone.

Hourly RSI (Relative Strength Index) – The RSI for XRP/USD is now moving higher towards the 60 level.