Ripple price is trading with a negative bias against the US Dollar and Bitcoin. XRP/USD could extend declines if there is a break below the $0.5200 support. 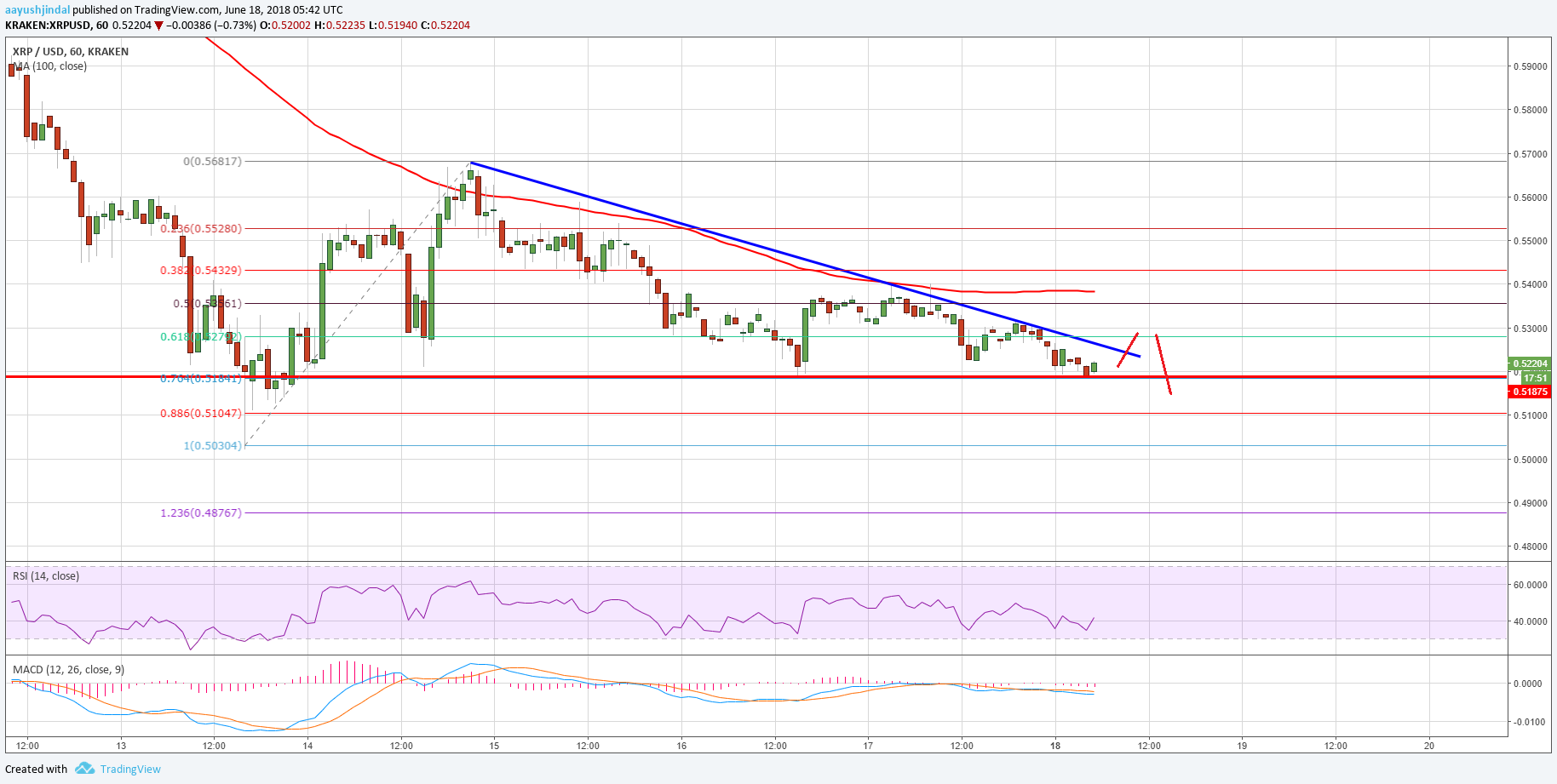 Hourly MACD – The MACD for XRP/USD is still in the bearish zone.

Hourly RSI (Relative Strength Index) – The RSI for XRP/USD is way below the 50 level.