Ripple price jumped sharply against the US Dollar and Bitcoin. XRP/USD must clear the $0.4500 resistance to accelerate gains towards the $0.5000 level.

More importantly, there was a break above a key bearish trend line with resistance at $0.4400 on the hourly chart of the XRP/USD pair. The pair also settled above $0.4400 and the 100 hourly simple moving average. However, the upside move was capped by a crucial resistance near the $0.4500 level. At the moment, the price is correcting lower towards $0.4400. An initial support is near the 23.6% Fib retracement level of the last wave from the $0.4142 low to $0.4490 high. However, the most important support is near $0.4400 and the 100 hourly simple moving average. 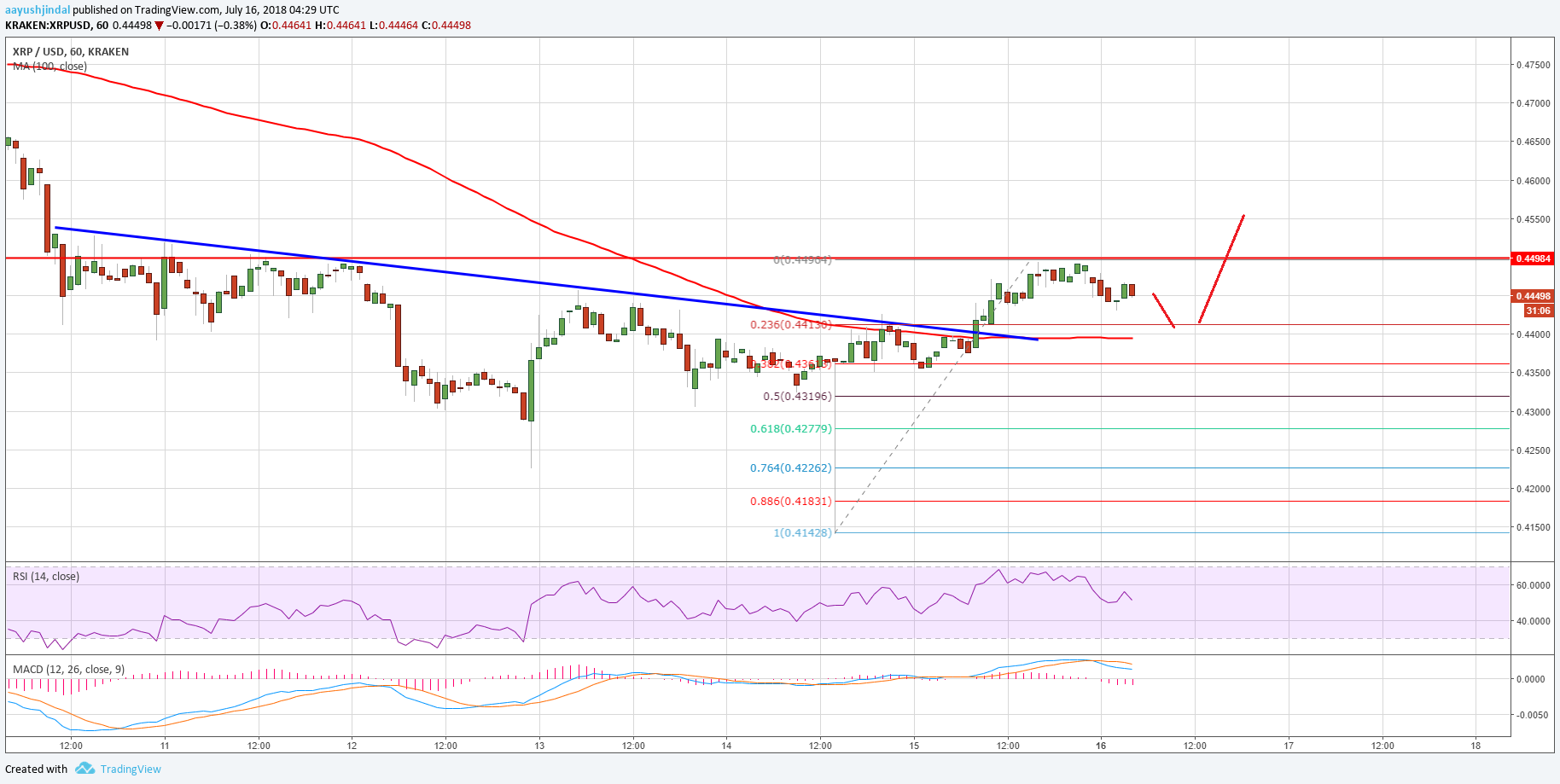