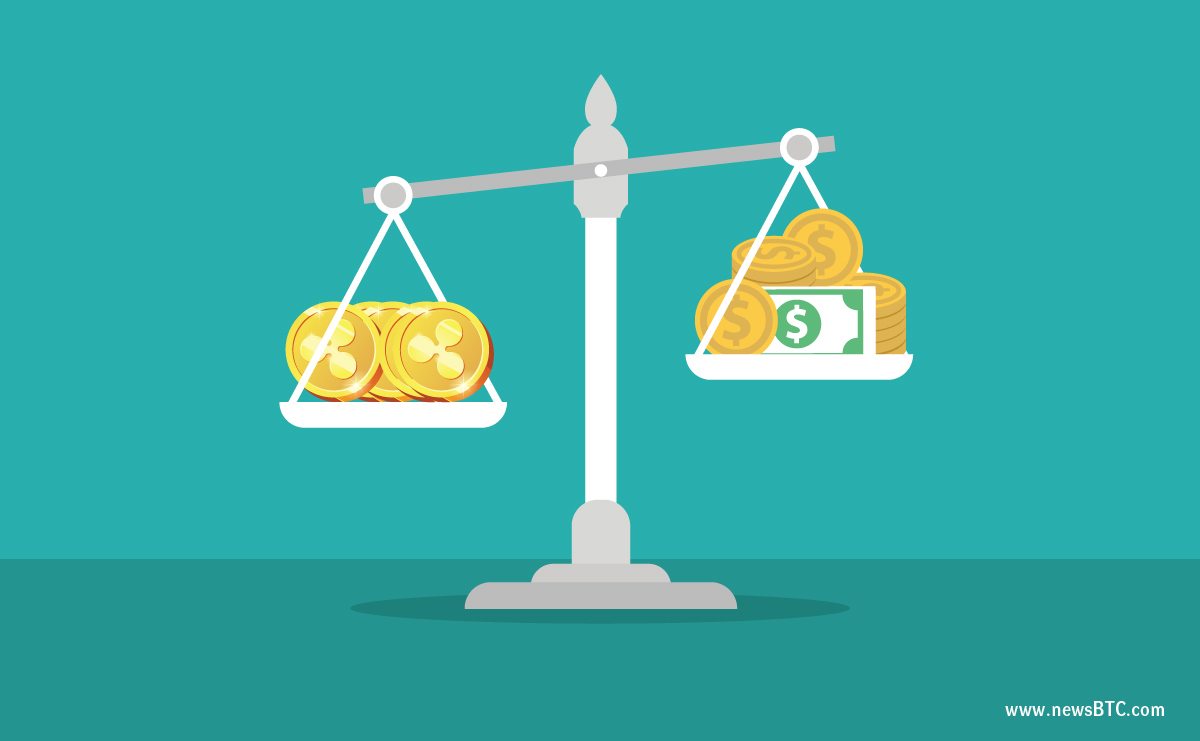 Ripple price is consolidating against the US Dollar and Bitcoin. XRP/USD is placed well above $0.2400 and it might soon break $0.2500.

However, the downside move was limited by the $0.2440 support and the 100 hourly simple moving average. Moreover, the 38.2% Fib retracement level of the last wave from the $0.2330 low to $0.2501 high also acted as a support. Further on the downside, there are two bullish trend lines forming with support at $0.2400 on the hourly chart of the XRP/USD pair. The pair is well supported on the downside above $0.2400 and it might trade higher in the short term. 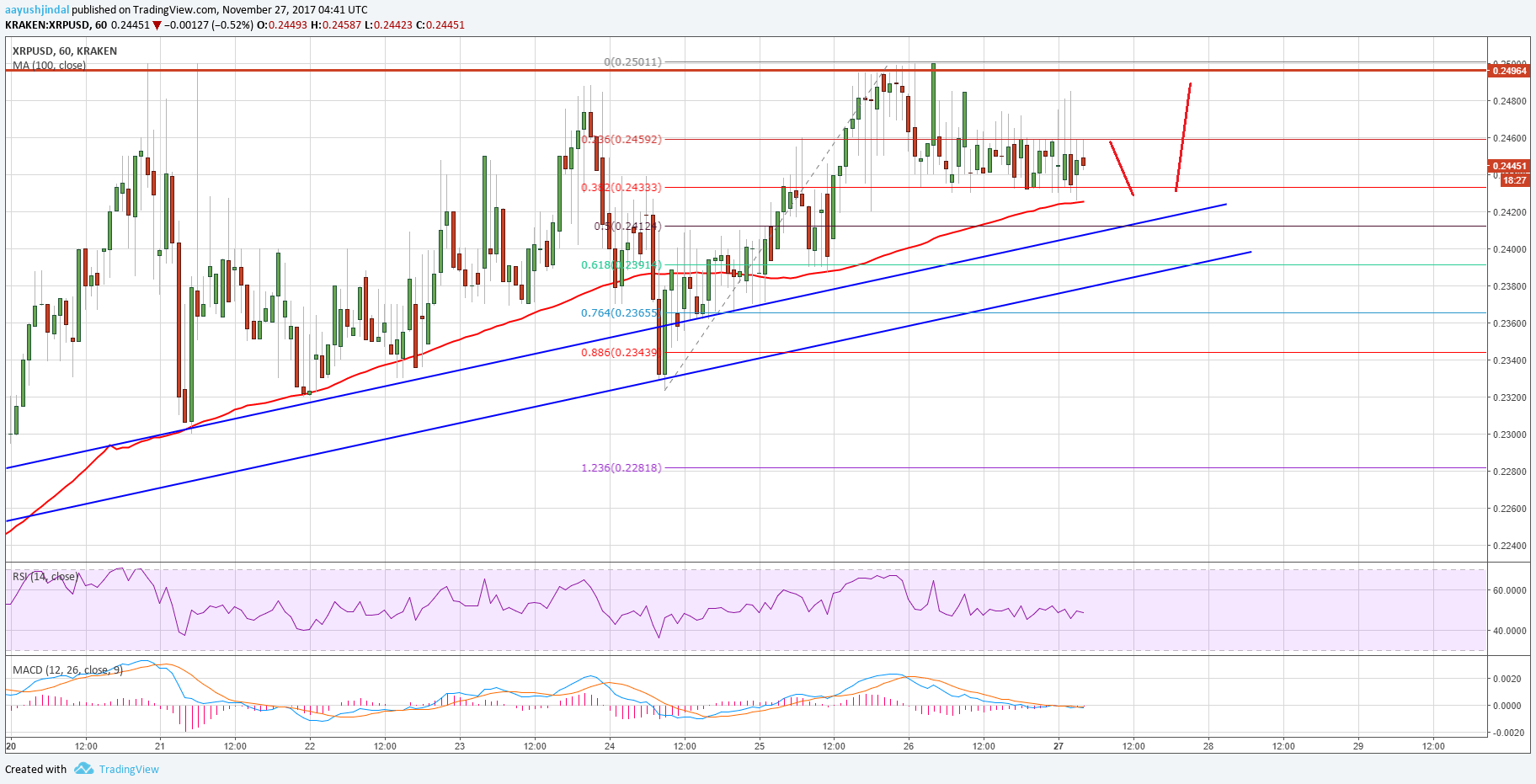 Hourly MACD – The MACD for XRP/USD is mostly showing signs of a range pattern.

Hourly RSI (Relative Strength Index) – The RSI for XRP/USD is just below the 50 level and is currently flat.