Ripple price is recovering with a bullish angle against the US Dollar and Bitcoin. XRP/USD needs to settle above $0.8600 to extend gains in the near term.

After a major decline, Ripple price formed a support base near the $0.7500 level against the US Dollar. The price started an upside wave and recovered above the $0.7800 resistance. The recovery was positive since the price moved above the 23.6% Fib retracement level of the last drop from the $0.9640 swing high to $0.7500 swing low. It ignited more upsides and the price moved above $0.8200. 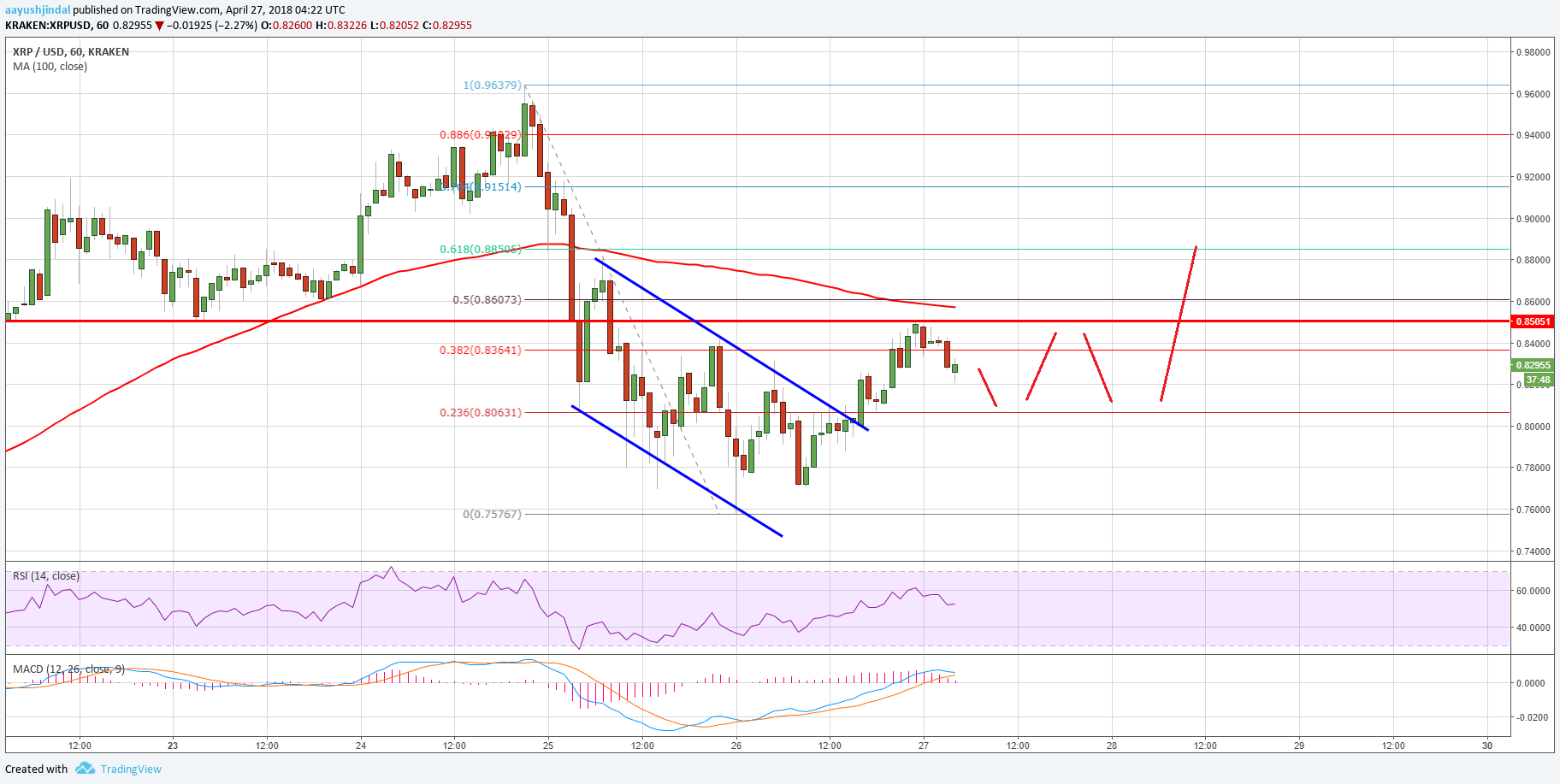