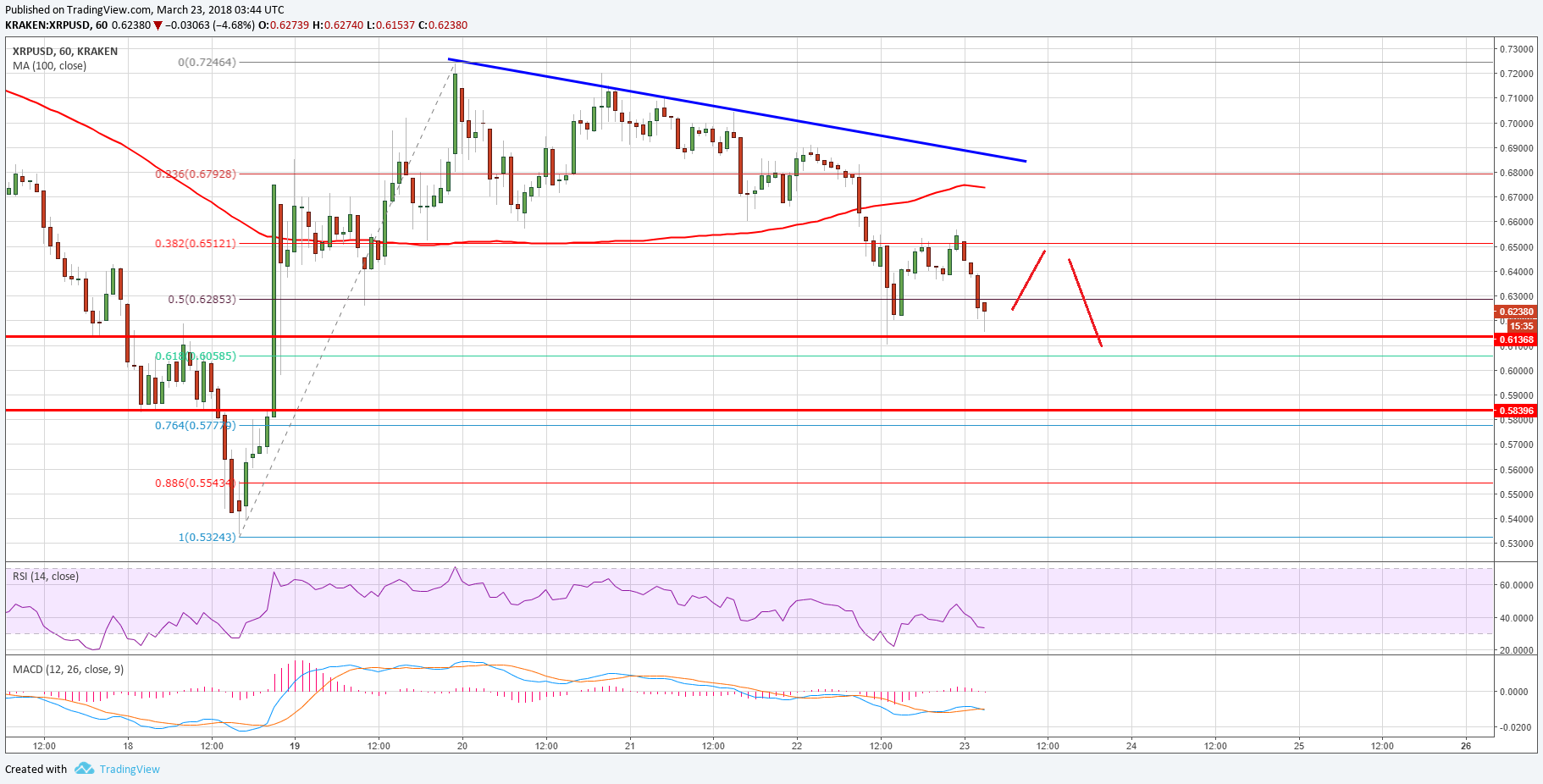 Ripple price is under short-term pressure against the US Dollar and Bitcoin. XRP/USD must stay above the $0.6100 support to avoid further declines in the near term.

After trading above the $0.7000 level, Ripple price failed to hold gains against the US Dollar. The price started a downside move and traded below the $0.7000 level and the 100 hourly simple moving average. It also broke the 23.6% Fib retracement level of the last upside wave from the $0.5324 low to $0.7246 high. More importantly, there was a break below the $0.6500, which has opened the doors for more declines.

Hourly MACD – The MACD for XRP/USD is moving slowly in the bearish zone.