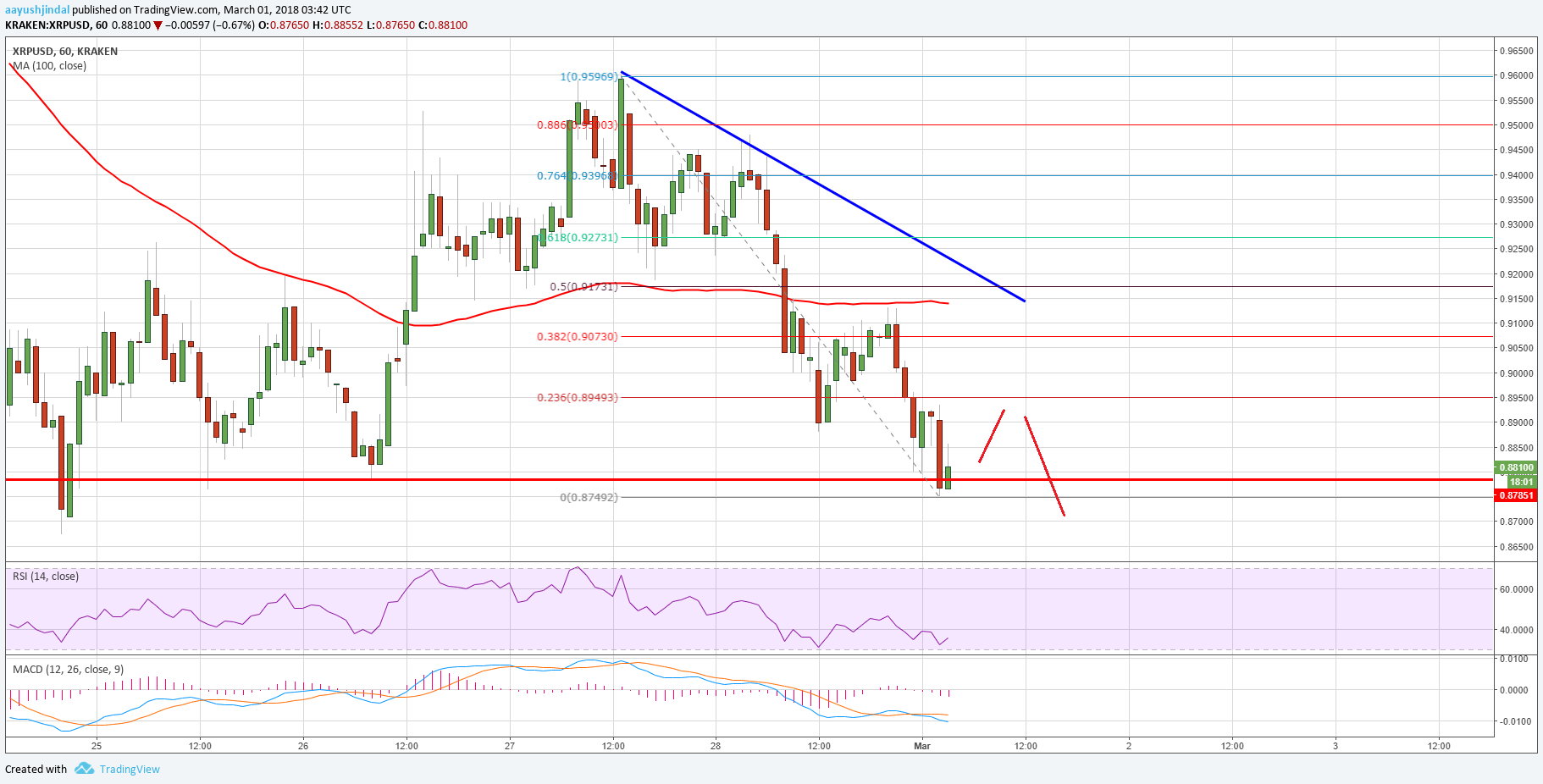 Ripple price is struggling to gain upside momentum against the US Dollar and Bitcoin. XRP/USD is testing the $0.8800 support and it decline further in the near term.

There was a minor upside move from the $0.8900 swing low in Ripple price against the US Dollar. The price traded higher, but it was not able to break the $0.9100 resistance. It also failed to near the 100 hourly simple moving average and declined below $0.9000. There was an hourly close below the $0.9000 support and the 100 SMA, which is a bearish sign.

Hourly MACD – The MACD for XRP/USD is mostly in the bearish zone with negative signs.