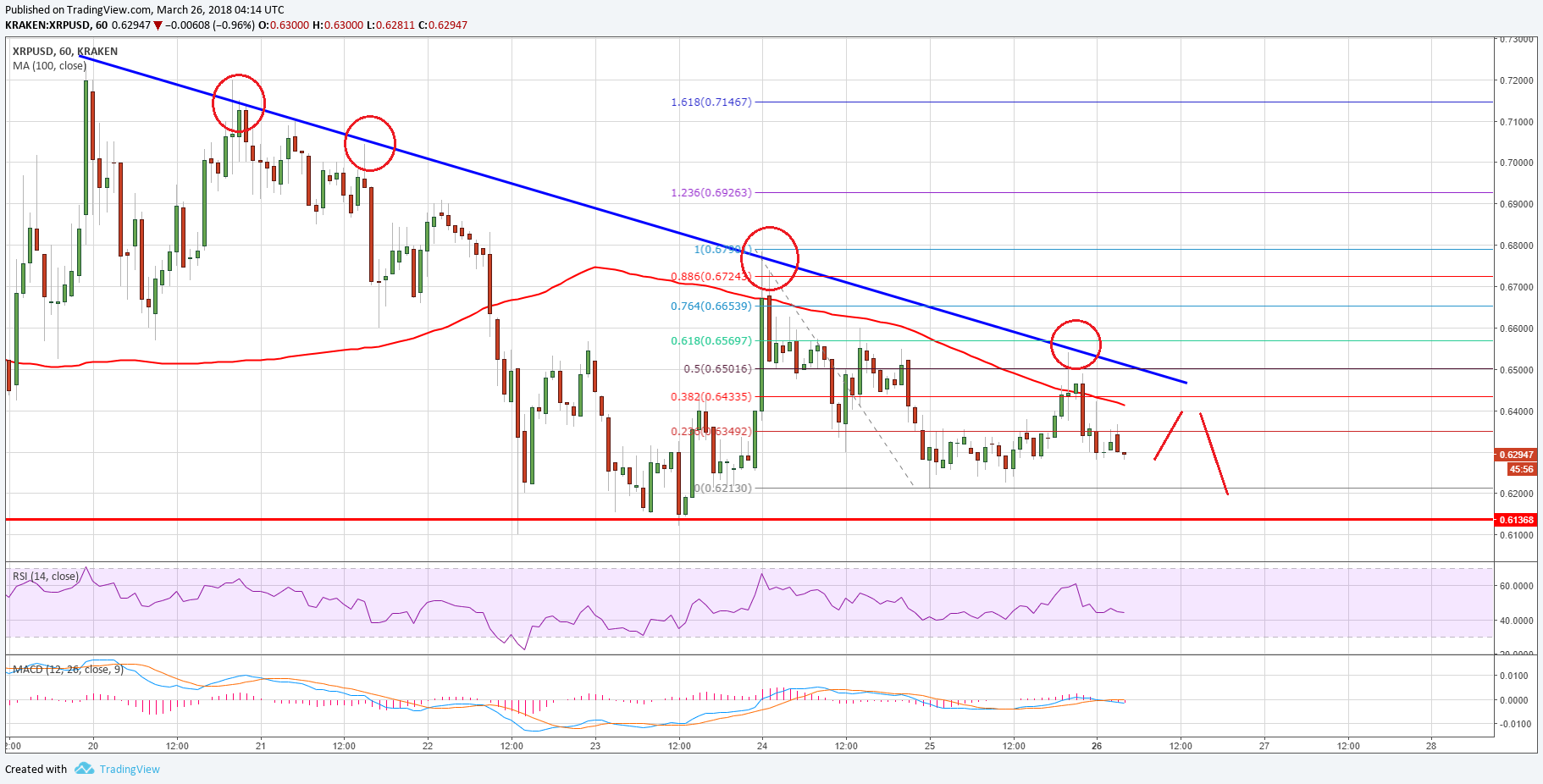 Ripple price is facing a tough resistance against the US Dollar and Bitcoin. XRP/USD must clear the $0.6500 resistance to start an upside move.

There was a continuous increase in selling pressure below $0.7000 on Ripple price against the US Dollar. The price declined and traded below a key support level at $0.6500. There was also a close below the $0.6400 level and the 100 hourly simple moving average. However, the downside move was stopped near the $0.6000 level and $0.6100 pivot.

Hourly MACD – The MACD for XRP/USD remains in the bearish zone.