Ripple price is correcting lower against the US Dollar and Bitcoin. XRP/USD should stay above the $0.8600 to stay in a positive zone for more gains.

However, there is a crucial support waiting on the downside near the $0.8600 level. There is also a major ascending channel forming with support at $0.8600 on the hourly chart of the XRP/USD pair. If the pair fails to hold the channel support, it could decline further towards the $0.8400 level. Moreover, the 100 hourly simple moving average may perhaps act as a support near $0.8450. Finally, the last important support is near the 50% Fib retracement level of the last wave from the $0.7815 low to $0.8900 high at $0.8360. 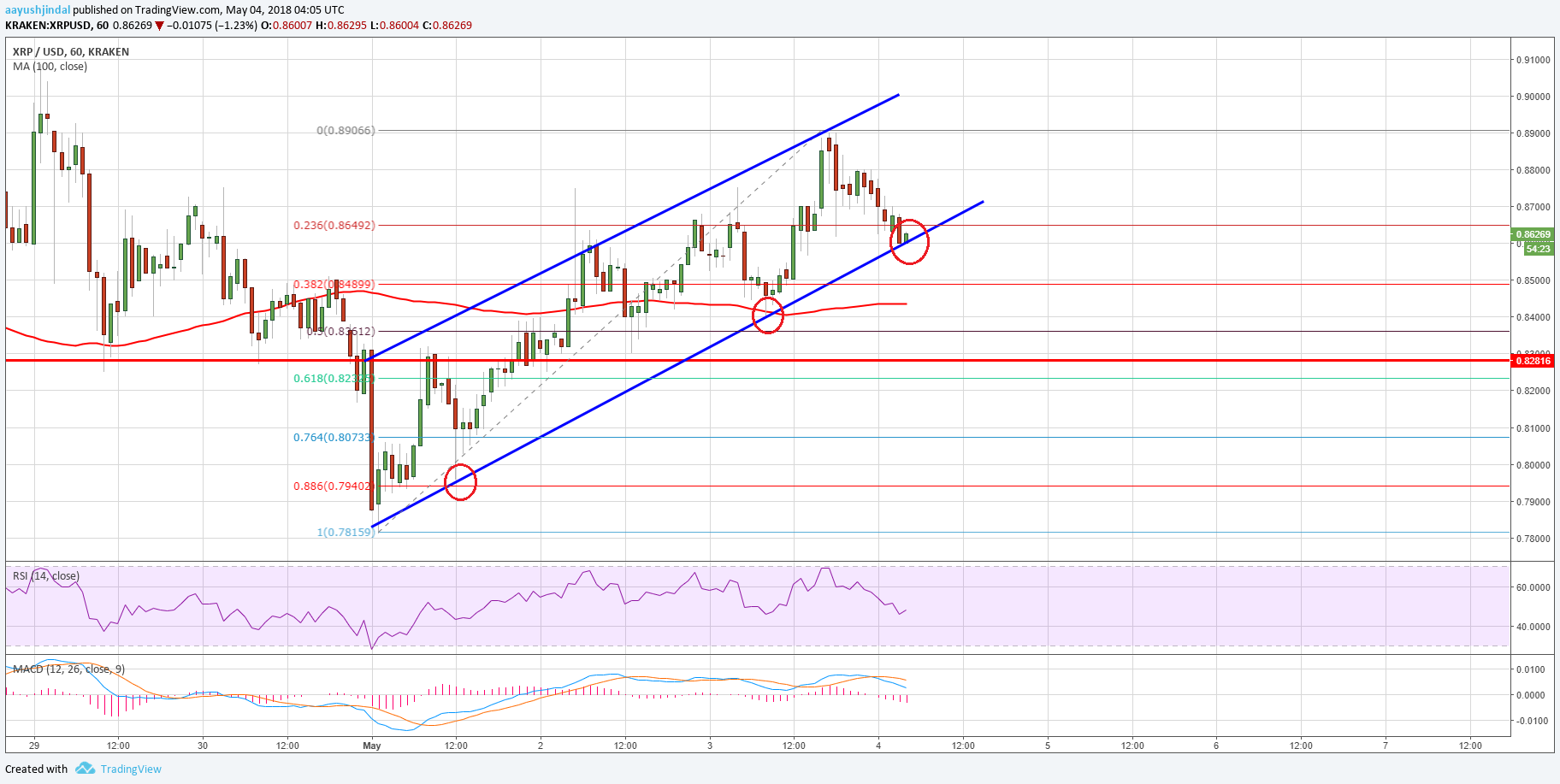 Hourly MACD – The MACD for XRP/USD is now in the bullish zone.