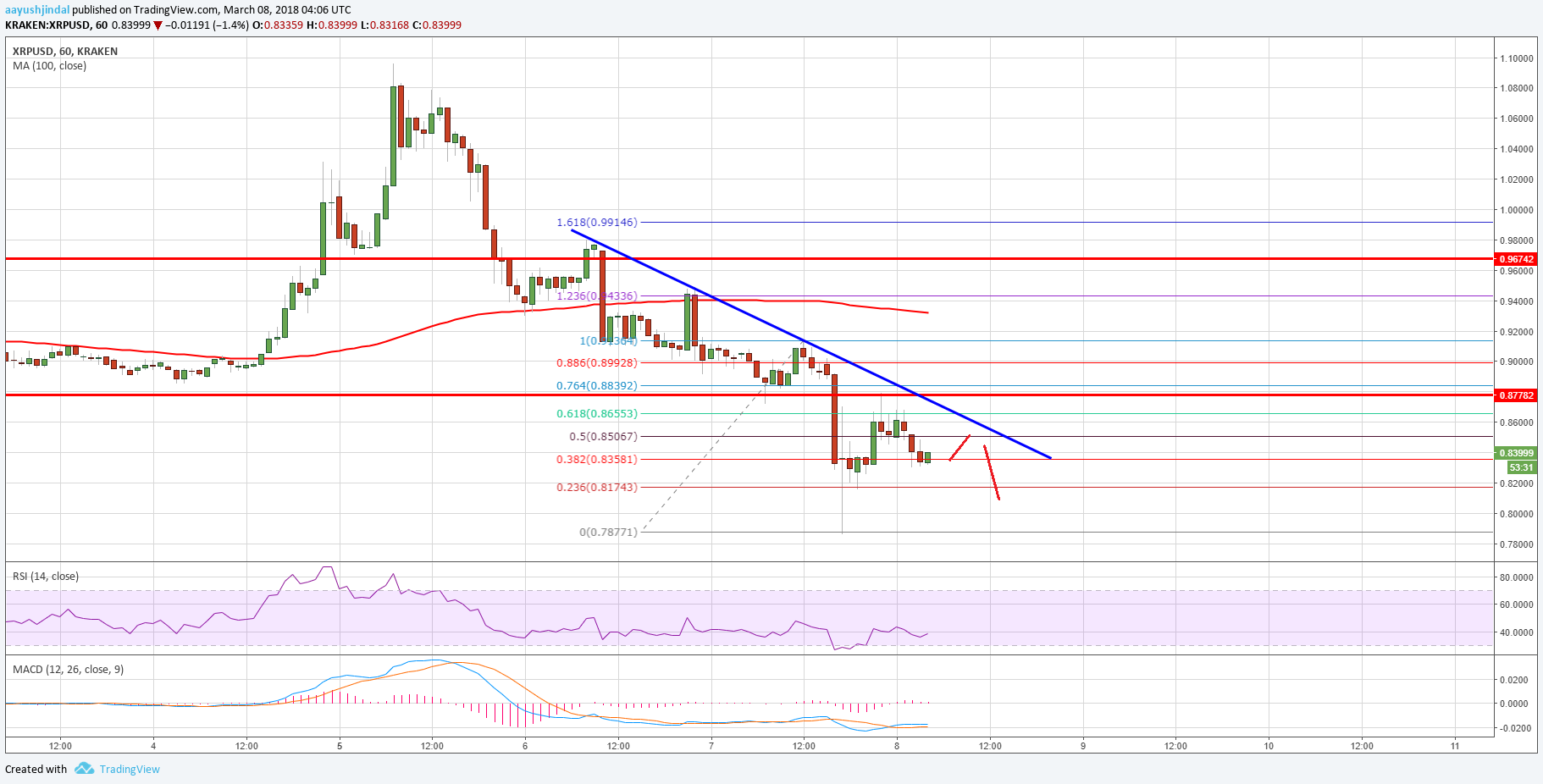 Ripple price fell sharply against the US Dollar and Bitcoin. XRP/USD is now well below $0.8500 and it looks set for more losses in the short term.

There was a sharp downside reaction from the $0.9200 swing high in Ripple price against the US Dollar. The price declined and broke a major support area near $0.8500. It ignited further declines and the price even traded below the $0.8000 level before recovering. It is now trading well below the $0.9000 resistance and the 100 hourly simple moving average.

Hourly RSI (Relative Strength Index) – The RSI for XRP/USD is currently recovering from the 30 level.