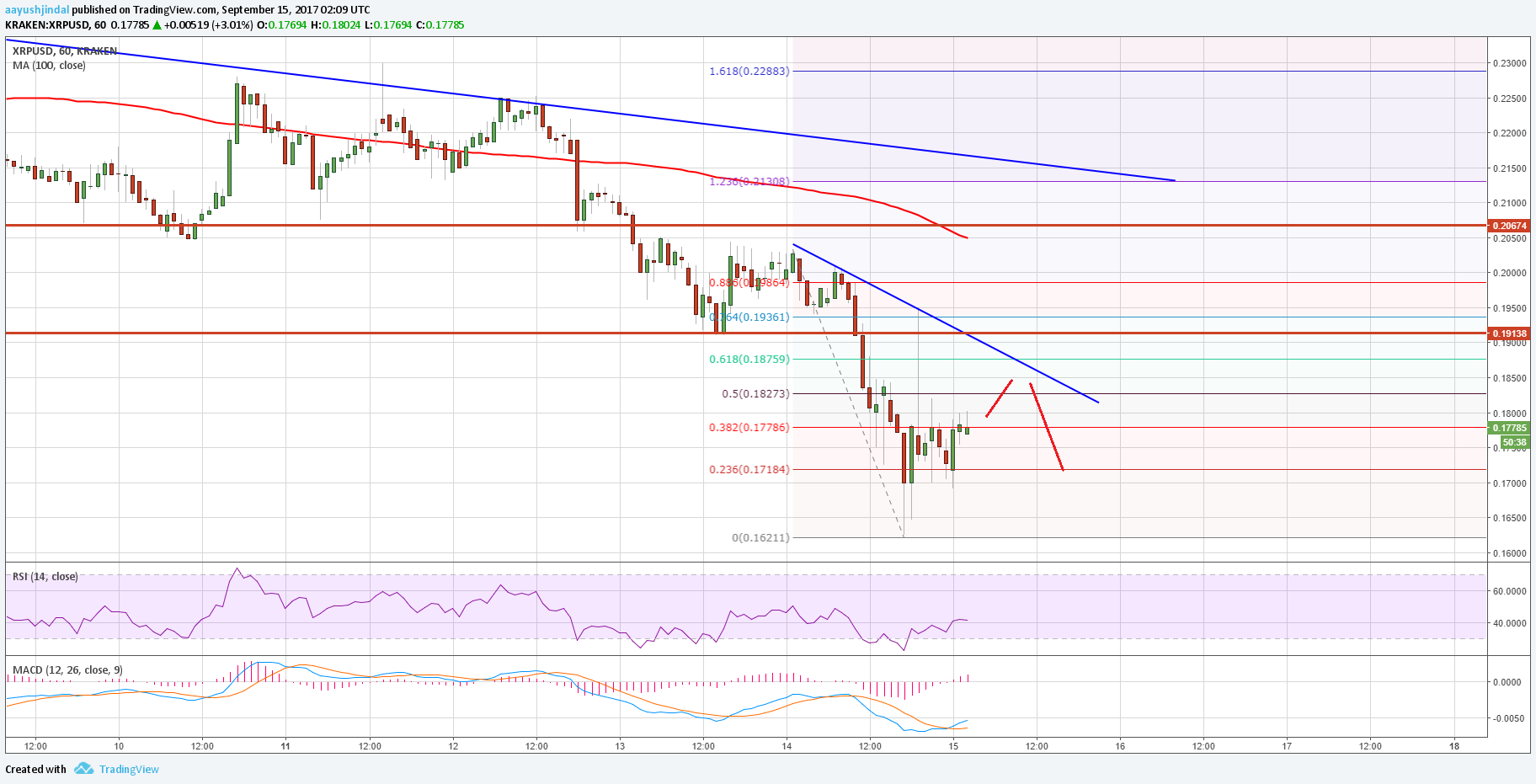 Ripple price declined further to new weekly lows against the US Dollar and Bitcoin. XRP/USD remains sell near the $0.1850-0.1900 levels.

There were further declines in Ripple price below the $0.1900 level against the US Dollar. Yesterday, there was a short-term correction towards the $0.2050. The price failed to break yesterday’s highlighted bearish trend line at $0.2040 on the hourly chart. It even failed to break the 38.2% Fib retracement level of the previous decline from the $0.2245 high to $0.1910 low. Hourly MACD – The MACD for XRP/USD has just moved into the bullish zone.

Hourly RSI (Relative Strength Index) – The RSI for XRP/USD is recovering from the oversold levels.