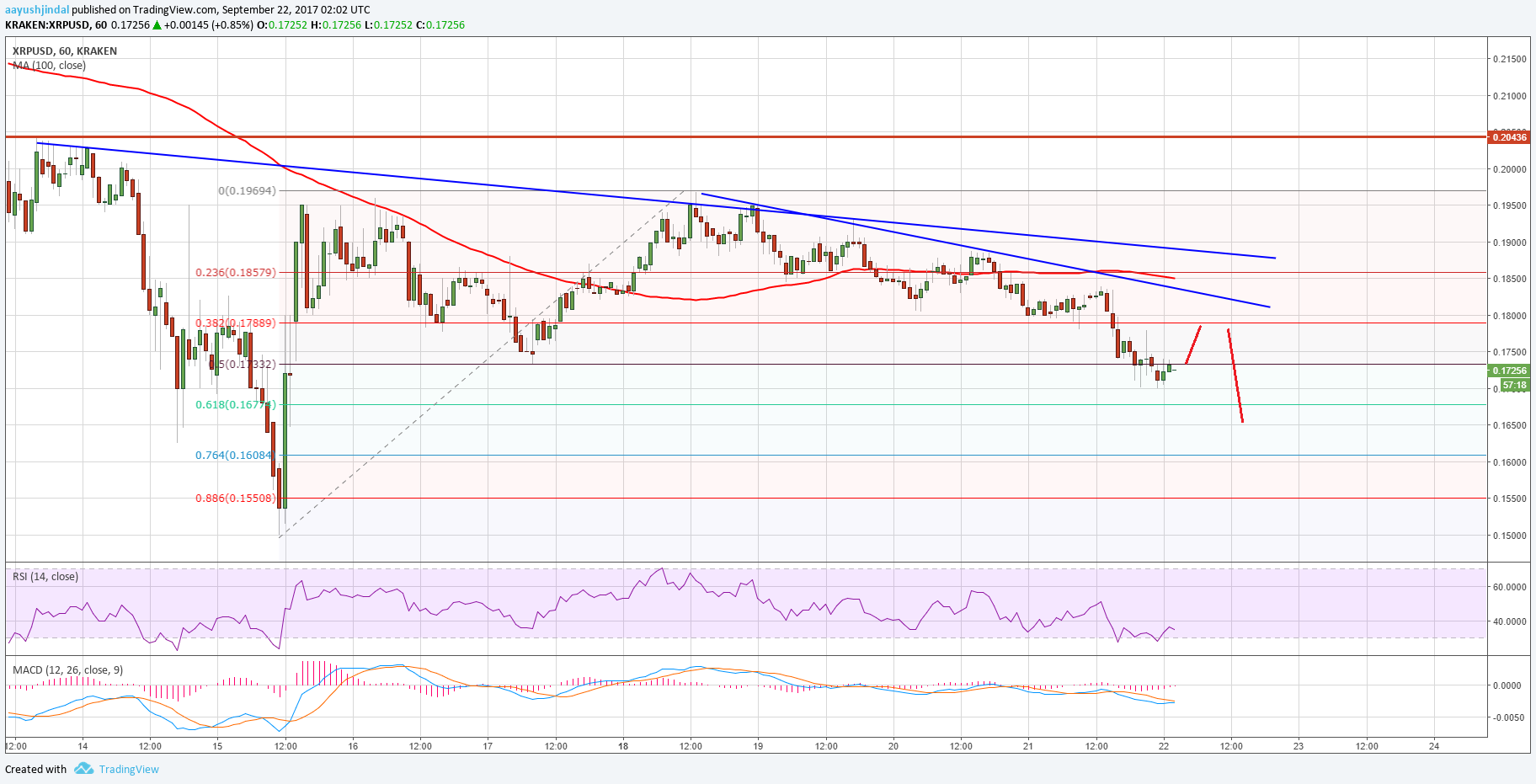 Ripple price moved down further against the US Dollar and Bitcoin. XRP/USD is likely to decline below $0.1700 and remains at risk. Therefore, the price faces many hurdles on the upside below $0.1900. A recovery won’t be easy and any rallies from the current levels towards $0.1900 remain capped. On the downside, the $0.1650 might be tested in the short term.