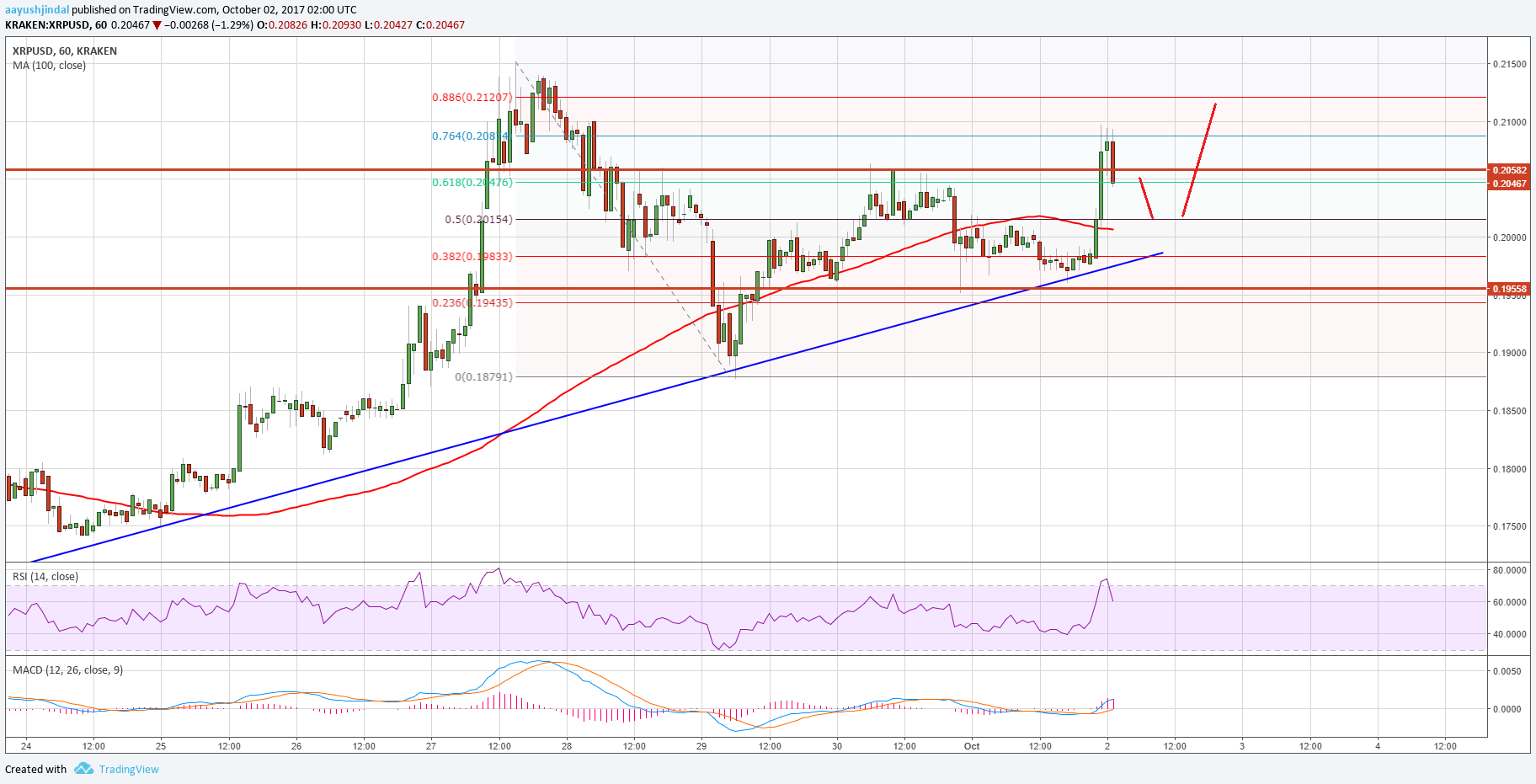 Ripple price is gaining pace against the US Dollar and Bitcoin. XRP/USD might soon break the recent high of $0.2150 for a new monthly high.

It was a good past week for Ripple price as it moved above $0.1800 against the US Dollar. The price is now in the bullish zone and following a nice bullish pattern above $0.1900. Recently, it traded close to the $0.2150 level from where a correction was initiated. The price traded towards the $0.1950 support. The mentioned $0.1950 support acted as a strong barrier for sellers. There were 2-3 attempts to break the $0.1950 support, but sellers failed. Hourly MACD – The MACD for XRP/USD is back in the bullish zone.