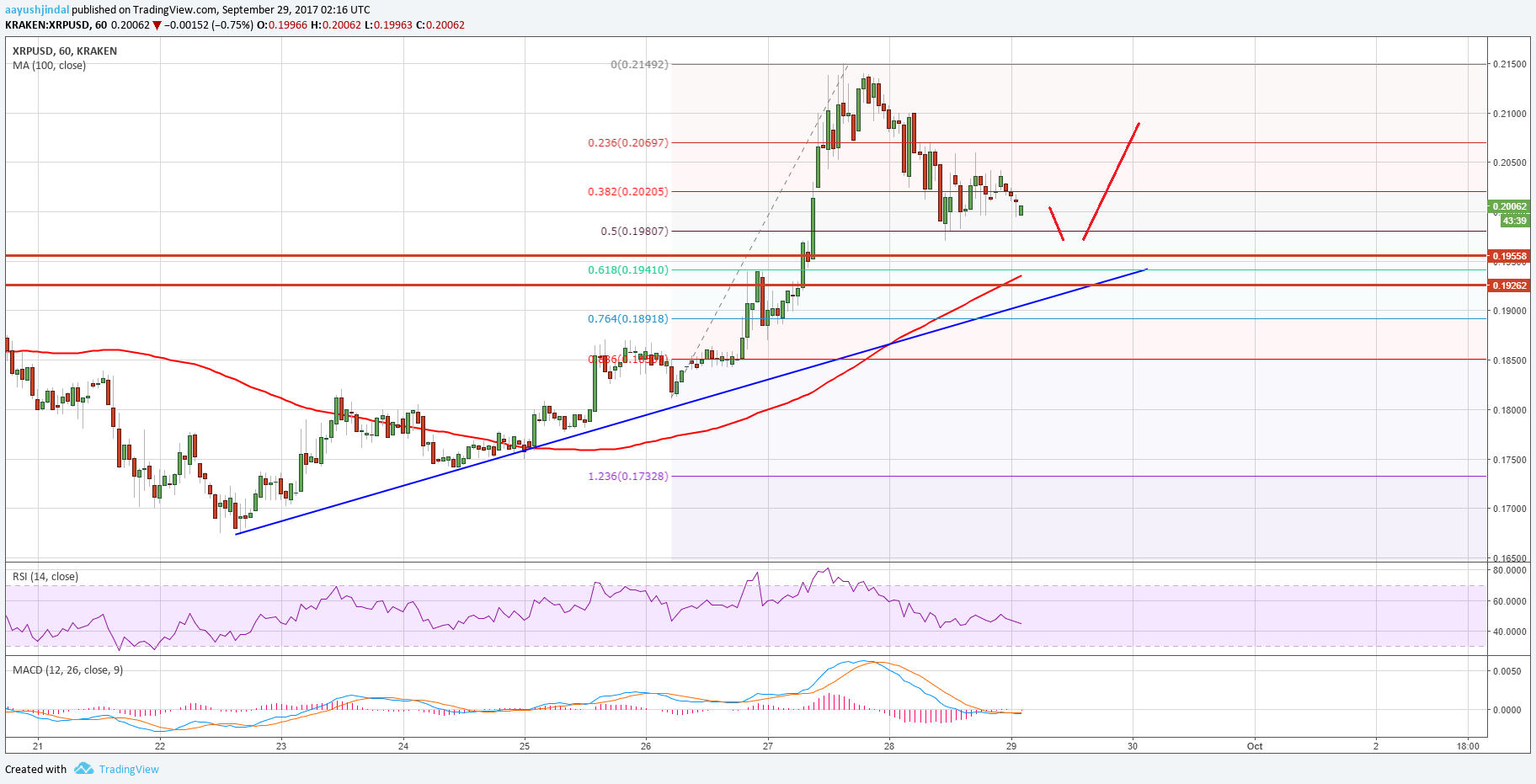 Ripple price has started a short-term correction against the US Dollar and Bitcoin. XRP/USD might test $0.1920, which is a good buy zone.

The price also broke the $0.2000 level once. However, the downside move was protected by the $0.1980 support. It also represents the 50% Fib retracement level of the last wave from the $0.1812 low to $0.2149 high. Moreover, yesterday’s highlighted bullish trend line with current support at $0.1920 on the hourly chart of XRP/USD is also in place. Therefore, if the price corrects further, the $0.1920 support zone is likely to act as a major barrier for sellers. Hourly RSI (Relative Strength Index) – The RSI for XRP/USD is now below the 50 level and is struggling.