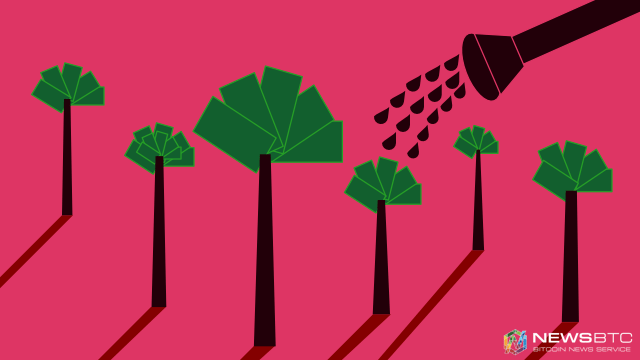 SatoshiPay Raises €360,000 in Just-Closed Seed Round

[Note: The article has been updated with comments from SatoshiPay’s founder Meinhard Benn.]

On January 25, 2015, Coinsilium announced an increased shareholding in bitcoin nanopayment processor SatoshiPay. The investment marks the closing of a seed round that brought in €360,000 worth of capital for SatoshiPay – capital that will fund the development of the platform’s public beta (reportedly, just around the corner). In light of the latest development, let’s have a look at the capital raise and what it means for SatoshiPay.

First, let’s talk about the company. Launched in 2014, SatoshiPay started out as a generic bitcoin payment platform, and after receiving some seed capital a couple of months’ post-foundation, the company’s team put together a first iteration of the software. In April 2015, however, six months after the project began, Coinsilium bought a stake in the company and SatoshiPay switched (or I guess you could say narrowed) its focus to a particular aspect of bitcoin payment processing – nanopayments. Specifically, using nanopayments as a way to monetize online content.

The company’s software allows content creators to hide their content from users until the user pays a fee to view it. This way, a website doesn’t need to charge a subscription fee that covers all content regardless of whether it is of any interest to its users (as do sites like The Financial Times and The New York Times). Instead, its users can decide which of the site’s content they wish to consume, and pay just for that bit.

The platform is still in closed beta, but the screenshot below (taken from SatoshiPay’s site) gives a decent idea of how things will look when it is live. Demo users can top up directly from their wallet’s or via Coinbase, and content creators can set whatever price they feel their content is worth to their users.

So that’s the concept out of the way, what does the latest capital raise mean for the company, and who is involved? Well, the funding breaks down as follows: €200,000 from the aforementioned Coinsilium, which is a London based blockchain technology investment firm, and a further €160,000 contributed by Stephen Dattels’ and Jim Mellon’s FastForward Innovations. If you’re familiar with the financial space, you’ll already be aware of Jim Mellon. If not, he’s well worth looking into and is a good guy to have on your side.

The round values SatoshiPay at approximately €1.6 million, based on Coinsilium’s subscription of 1,379 shares at €108.76 a share, which gives the latter a 14.5% holding in the former and accounts for around 55% of the total capital raise.

On being asked how SatoshiPay plans to utilize the funds, founder Meinhard Benn told NewsBTC that they are looking to complete and release a public beta very soon. He added:

“Once we are live with a number of WordPress sites, we will integrate with other open-source content management software and add new features for readers like fiat top-ups and more wallet functionality. Of course we will also invest in growth hacking.”

Are you a content creator? Would you use something like SatoshiPay’s technology to monetize your own content? Similarly, would you pay to consume content in this way? We’d love to hear from you – let us know!

Tags: bitcoinCoinsiliumcontent creationnanopaymentsSatoshiPay
Tweet123Share196ShareSend
Win up to $1,000,000 in One Spin at CryptoSlots