This Bitcoin Metric Is Over 100% Higher in 2 Months, and It’s Critical for Bulls

Over the past few years, as institutional traders and more serious players have entered the Bitcoin market, the demand for future derivatives for the cryptocurrency has exploded.

This was confirmed with a report from industry outlet The Block.

They reported that as of February 13th, the aggregated amount of open interest on Bitcoin futures contracts surpassed $5 billion, with traders on BitMEX, OKEx, Bakkt, CME, and other key platforms throwing billions of dollars at the asset.

This is far above the approximately $4 billion in open interest seen in January of the $2.5 billion in December.

Aggregated open interest for Bitcoin futures has surpassed $5 billion on Feb. 13, according to data compiled by The Block. https://t.co/qnHn2h5K91 pic.twitter.com/bnCo7ywTl6

The massive eruption in the open interest seen in Bitcoin futures contracts could have an extremely positive effect on the underlying market.

The below chart — which shows what trends in an asset’s volume, open interest, and price means for said asset’s future trajectory — indicates that the most optimistic scenario for any market is if the asset’s price, volume, and open interest for its futures market rise in tandem, suggesting “strength,” “bullish” price action, and an overall trend of prices rising. 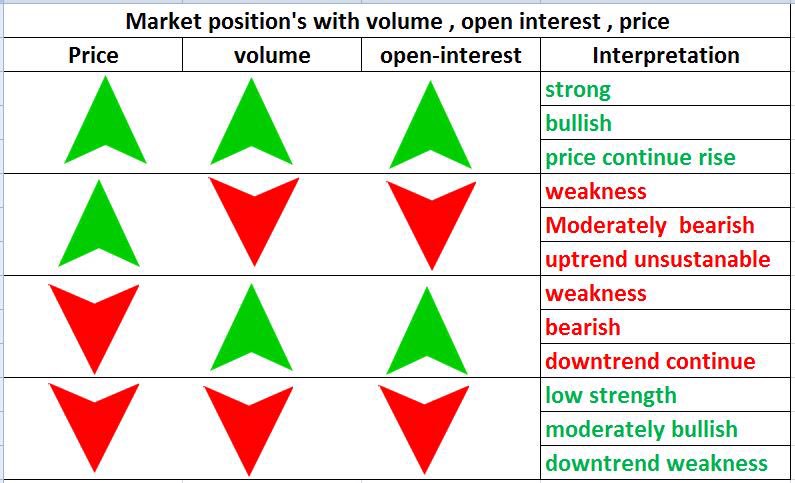 As can be seen, the past few months have seen open interest in Bitcoin futures erupt higher. This, of course, comes on the back of an uptick in volume as investors re-enter the cryptocurrency markets and a decisive uptrend forming in the trading value of digital assets.

The simultaneous growth of these three metrics would suggest Bitcoin is on the verge of an even greater bull run than what was already seen.

This is far from the only thing that has Bitcoin bulls enthused.

Prominent trader Sawcruhteez recently noted that the three-day Ichimoku Cloud for Bitcoin is now “fully bullish,” with prices breaking through the cloud resistance and with the future cloud twisting positive. The indicator signaled a buy at $10,268, suggesting more upside is imminent.

The 3D Ichimoku Cloud (traditional settings) is now fully bullish and it recently signaled a buy at $10,268. $BTC pic.twitter.com/YrZgDY7wVI

Sawcruhteez called Bitcoin’s reversal at the start of the year, saying he expected for the asset to trade in the mid-$9,000s by the middle of the month (he was proven correct).

Also, Crypto Bull  noted that with BTC’s latest price action, the price of the cryptocurrency has, for the first time ever, broken above a downtrend that has constrained prices since the $20,000 top seen in December 2017.

The fact that Bitcoin is now past this key resistance, the analyst who pointed it out wrote, is a sign that “short liquidations are coming” and a potential sign that the “biggest weekly green candle in Bitcoin’s history” is right on the horizon.