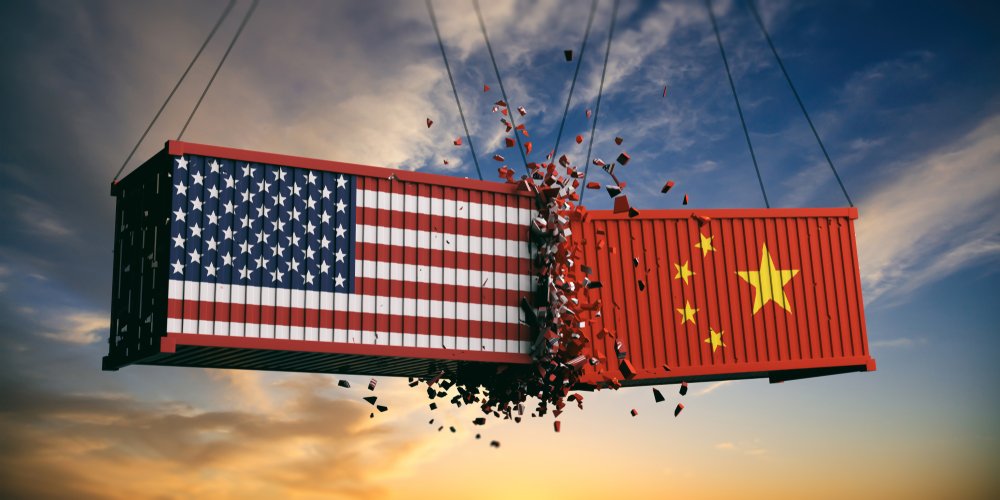 The US stocks opened Wednesday on a higher note as President Donald Trump signaled positive outcomes of their trade talks with China.

The latest round of talks between the US and China ended Wednesday, reportedly on a positive note. The sectors posted oversold conditions in the previous financial quarter are doing well, particularly trade-delicate industrial stocks and energy shares. Commodities are also walking north as news about Federal Reserve deciding to deaccelerate its internet rate hikes comes to the surface. It allowed the yield on the benchmark US Treasury Index to rise by circa 2.72% from 2.71%, indicating that investors are more confident in the US growth.

The CBOE volatility index, VIX, which is a barometer of investor fear, dropped 0.5 to its one-month low at 20.

Rating company Fitch alerted Wednesday that the US will lose its triple-A sovereign rating if Trump continues to practice partial government shutdown.

“I think people are looking at the CBO (Congressional Budget Office) numbers. If people take the time to look at that, you can see debt levels moving higher, you can see the interest burden in the U.S. government moving decidedly higher over the next decade,” James McCormack, Fitch’s global head told CNBC’s “Squawk Box Europe” Wednesday.

The shutdown is looking to overstay its welcome as Trump, and the Democrats remain undivided over the wall funding. The Dems said the President is holding the country for ransom.

As the major markets show signs of a panic buy, things in the crypto space are quite calm as Bitcoin continues to hold its gain made earlier this week. The BTC/USD rate is very well above $4,000, showing volatile fluctuations in a 1% range.

The outcome of the Federal Reserve’s December meeting Wednesday could shed more light on which direction the digital currency could go in the medium term. If Fed plans to continue its quantitative tightening, it would mean less retail investors for the bitcoin ecosystem, which remains to be fairly tinier than its mainstream counterparts.

However, an announcement of a calmed down Fed rate hike could allow bitcoin to surge further. The decision would allow more dollar to enter the market, which could be then distributed across mainstream and crypto markets. It would not bring an outright surge for Bitcoin. But it would likely relax the investors to spread their portfolio into the digital currency space, which is beginning to look more confident over 2019’s positive forecasts.