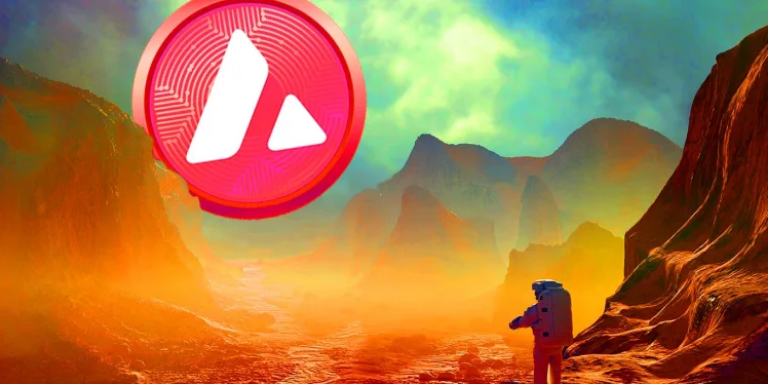 Avalanche (AVAX) trails behind the plunge of Bitcoin (BTC), has also shaved 6% off its price in the last 24 hours.

On the brighter side, AVAX/USD is looking solid and rising following yesterday’s plunge which suggests a correction before a potential uptrend.

AVAX is currently trading at $25.10, up 7 percent in the last seven days, data from Coingecko show, Friday. But people should be on the lookout for the $25 zone.

If the price can go back to that level or above that range, then there is a high probability for a bull run.

Will AVAX Continue Its Retracement Or Maintain An Upside?

A week ago, AVAX was seen to have bounced back following its wedge formation. A breakout was also hinted following a strong consistent rally.

Now, Avalanche was able to run a strong breakout right above the resistance line. It was a robust upside but quite limited following its recent pullback.

It had its weekly high set at $26.30 but maneuvered a slight retracement showing the current market condition. So, the question now is if AVAX will continue its retracement or go all-in with its upside?

The recent breakout of AVAX is a positive sign that the price has surpassed a pivotal restriction point. The most recent reversal of AVAX happened right after the Money Flow Index (MFI) has intercepted the distribution zone.

There was an amplification of selling pressure seen in the crypto market during the last few days which gave the bulls some breathing space following their latest run. However, this deprived them of the opportunity to go higher.

The current retracement depicts the HODLing activity of majority of AVAX holders which could be a preparation towards bullish recovery after it slumped in June.

Nevertheless, AVAX is seen to grow stronger due to its aggressive network expansion. There is a robust development activity going in which has been maintained by Avalance this July which encourages strong flow of AVAX and aptitude to maintain a ferocious price action despite pullbacks.

July has been a good month so far for Avalanche especially after seeing phenomenal growth in terms of NFT trading volumes.

Yes, NFT trade volumes have seen exponential growth in the past two weeks which have contributed a lot of the increased demand for AVAX.

More so, the absence of massive sell-off is a good indicator that the market sentiment still favors the bulls. The future is indeed very promising for AVAX especially with its formidable utility power, energy efficiency, and massive growth.

AVAX Still In Crimson Territory As Rejection At $25 Forms