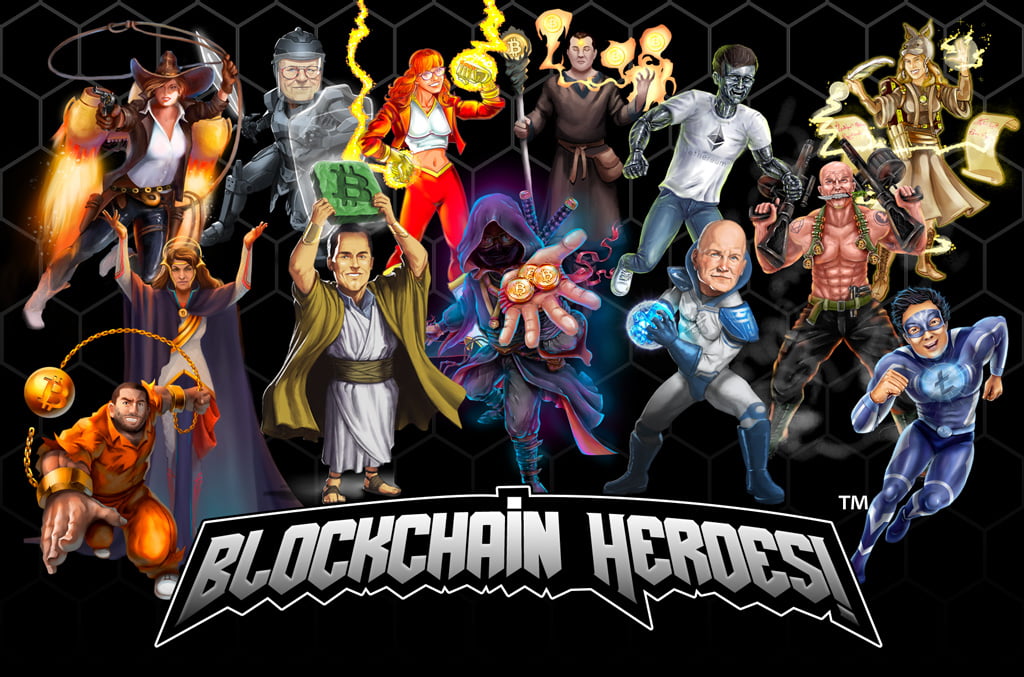 The Blockchain Superheroes Among Us

Long ago, the land was free, and all were decentralized. But the power-mongering forces of darkness, The Centralizers, lulled the population under their control.

The people suffered under their evil regime for eons. Then, the enigmatic figure known only as Genesis discovered a powerful new technology – Blockchain – and unleashed it upon the world with the hope that freedom would once again settle upon the land. The populace began to see the promise of seizing back their liberty and privacy. But just as the future became bright, Genesis mysteriously vanished! Now devoid of a leader to wield the powers of Blockchain against the evil Centralizers, brave citizens have taken it upon themselves to rise to the challenge and harness Blockchain to free the world. This ragtag association of warriors, renegades, and specialists is known only as the Blockchain Heroes.

A real-life person inspired #NFT collectibles series on the WAX blockchain — Blockchain Heroes — will feature 50 unique superheroes inspired by top influencers, inventors and content creators and an artist throughout the blockchain community. Joel Comm and Travis Wright from the Bad Crypto Podcast birthed this saga, making its initial rounds on the interwebs. It is a cross between slapstick, superheroes, and self-aware parody. The designs, hero names, and personalities featured will be revealed closer to the launch date, leaving us all to speculate on the real-life identities.

“We discovered the ideal conduit with Topps and Wax to release a new product which we believe will be embraced by the blockchain community. These cards are going to be fun to collect and trade!” – Joel Comm The project is funded by a WAX Labs grant and will launch on the WAX blockchain on August 4, 2020. Selected amid a multitude of proposals, WAX Director of BD Evan Vandenberg explained that combining the NFT concept with a crypto theme stood out to him:

“Joel and Travis have put together some incredibly creative collecting concepts and artwork. Combine that with crypto-centric themes and characters, and I think you have an incredibly interesting project for the space.” The card set will feature the superheroes ranging in rarity from common to mythical and stored on the blockchain in the form of non-fungible tokens (NFTs), setting them apart from traditional collectible trading cards. Each card will be assigned a unique minting identification number, providing transparent sales and trading history, immutable ownership records, and provable scarcity. Some of this info was first published by Coin Telegraph

A recap article on the Crypto Voxels Pyramid and $VESA launch soon,

Tags: Bad Crypto PodcastblockchainsuperheroWAX
Tweet123Share196ShareSend
Win up to $1,000,000 in One Spin at CryptoSlots