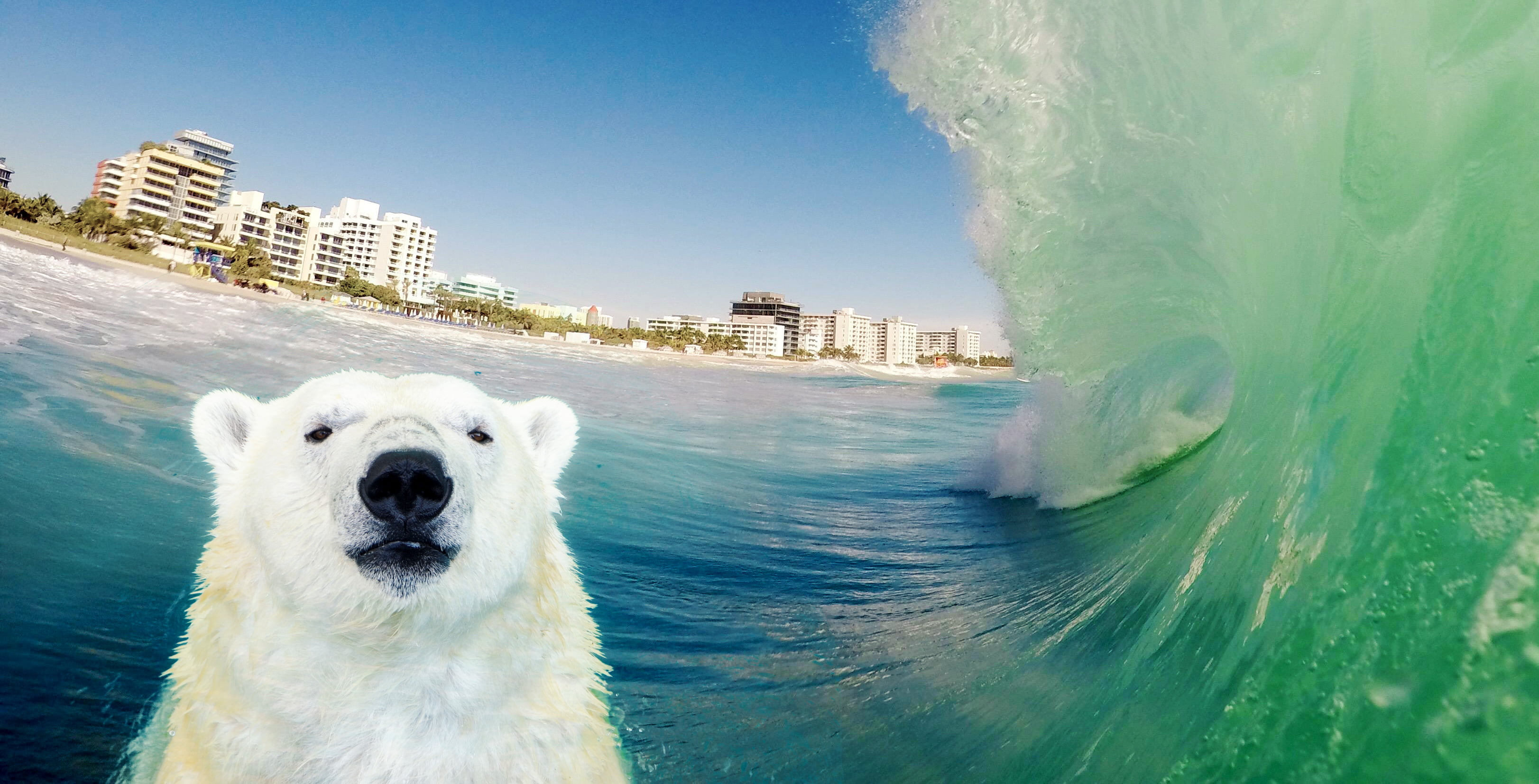 Have you ever received a text from the government urging you to “seek shelter” as a hurricane is approaching? Luckily the text felt worse than the actual thing. Regardless, the Fort Lauderdale part of my two week Florida trip was something to write to crypto home about. If you feel distracted, just remember, mass adoption means crypto being involved with things other than its own circle.

After the action-packed Miami segment traveling up the coast was initially an exercise in changing the pace. The hip and electric vibe were replaced by a considerably different south frequency. I had two days before the Art Fort Lauderdale fair would start so it was perfect for decompression, some beach runs and enjoying my new CBD vape pen.

I’ve not made it a secret that the contemporary art world and I have had compatibility issues in the past. In general, it is not interested in inspiration, transcendence nor solving, instead of complaining, about societal problems. Navigating it for the past decade has often felt like open water canoeing through the thickest of nonsense fogs. I’ve encountered openly racial millionaire Marxism, belly button power games, green armpit hair artists and 147th wave interplanetary feminism. It’s been going through a ‘postmodern everything’ phase but there is also a negative side. Thus far the best post mortem has been done by Alex Grey with his ‘The Mission of Art” book. As I can’t share that here have a look at his TED talk instead to feel where I am coming from. “The Preserver” and “Hot Penguin” at the Indie II house. Both available via crypto.

Art Fort Lauderdale is one of those rare experiences where you won’t find the previously mentioned attitudes as the dominating undertone. Everyone is of course represented from various points of view but the itch of too weird you can’t scratch is missing. Sure, the art is also housed in multi-million dollar homes and fancy hotels but this image below captures the real spirit of it. A co-founder and a cool guy to the booth Andrew, in the midst of the festival organization, is spontaneously helping me clean the floor off of bodypaint close to 1 am. This is why I’ll move mountains to attend the festival again next year. Most positive things towards my career come from the US. I’m ever so grateful to the entrepreneurial and freedom-loving spirit of the country. I keep going back every chance I get with a permanent move in mind. From a European standpoint, the strange nipple trigger Americans have doesn’t make sense though. Granted, I come from a country where women and men go to the sauna nude together but the obsession, which was being fired up by the male Superbowl nipples this time, just feels excessive. My friend Sully enlightened me a bit from where this comes from. Yes. I was ignorant of this part of US history. The attitude is inherited from religious fanatics who were exiled in 1660 after Charles II returned to England during the great immigration years who, in part, moved to form the US. They were simply considered too batshit to inhabit Europe and counter to its values of enlightenment. With both my previous bodypaint model Dayanis and Tatyana the nipples were clearly an issue. I wonder if many over there still made such an issue over it if they knew they were doing the bidding of people they are unlikely to share much else with? Regardless, this is why I love traveling.

Next up was the keynote at the Museum Of Discovery and Science involving how the art world and crypto are merging. It was a true pleasure to be talking about crypto outside the realm of crypto again. Sometimes doing keynotes inside of blockchain conferences can feel a bit ‘preaching to the choir’ so seeing eyes open elsewhere is very rewarding. The lecture ends with a plug for Data Bunker, who kindly helped me travel and lodge while in Florida. After hanging out with the French art collective Obvious guys at the Ritz, we quickly noticed the potential for collaboration. They went from a Super Rare show to Christie’s NY to sell an AI generated portrait for $432.000. We shared an exhibit room, as featured in the Deco Drive TV show, and saw potential to attempt to merge some of my material and their algorithm. If we are successful you will see some results this year already. Stay tuned! The other delightful, non-puritanical and body-embracing encounters were with the NY based King Mallard, who gives people projection based ‘light baths’. We also realized many philosophical similarities to how we approach our art. Earlier that day, I noticed the art and Ganesh tattoo of Virginia Subinaghi, who later that evening saved my butt with ordering me an Uber home after an iPhone malfunction. At the same party, I had the pleasure to introduce the VR crypto art prototype to Goddess Kitakiya, CEO Serge and the Godfather of Digital art, Laurence Gartel. Laurence taught Andy Warhol to use a mac, pioneered computer-generated art and was featured on the cover of Forbes for his efforts. Always humbled to meet people who know life is about making, not finding yourself.