It’s All About Timing

You could also say it is also all about location, people, attitude, mobility, scaling, tech, love, decentralization, diversity, energy, frequency, vibration – well you get the point. Making grand statements is often the shortest way to clickbait and making yourself an idiot at scale. Having said this, we are at an interesting phase with blockchain based art platforms. Hardly anyone outside crypto, and barely even in crypto, take them seriously for now. The majority collector kudos still go to physical coins. The most recent evolution of my work is now called the ‘Breathwork series’, which combines the painted art with a meditative contracting and expanding motion element. This has led me to really start looking into this.

Tokenizing the previous 350 digital works that I have, is a conundrum. Some of these projects have taken three years, were executed in multiple continents with crews of people to the cost tens of thousands of dollars. This is excluding pieces that have reached world fame in the process as well. If the blockchain platform mostly accommodates for something that barely justifies a price of 1ETH with most works with zero bids – no one wins. You gotta start from somewhere though. ‘A Moon To The Sky” is about how well we, as a people, mostly deal with reality on a societal level.  It easily also relates to this topic of serious collecting and art making on the blockchain still. As for now, it is not uploaded to be bought as a digital token but is now for sale as physical pieces.

I’ve considered participating with many crypto art platforms, flirted with uploading my digital pieces and associated myself with some publicly. As the bear roared and more details unraveled, some proved to be highly suspect in ethics and/or ROI. Some are already under as companies. Still, the biggest problem that I see, is the non-congruence between quality art and serious collectors.

We are dealing with edge tech with even less of a reputation for its creative aspects outside the bubble. It is the wild west days of the blockchain projects, but this allows for uncommon opportunity. The art platforms might be mostly there and many people in crypto are used to being slightly inconvenienced when transacting. Regardless, there is no point in permanently uploading quality works that, for sure, don’t yet have people that will buy them. The secondary market barely exists. I’ll tie this loop at the end of the article but for now, here is something about the recent past with Coinfest 2019 and the coming future with the Litecoin Foundation. ‘Immortal‘ is a new piece on the Artevo platform made in collaboration with the model Zoe West. The work of her recently passed famous Egyptologist father was part of the inspiration for the work.

Manchester was surprisingly full of art in public spaces but loaded with it at the 4th annual crypto event of Coinfest. I’ve found the attitude towards blockchain art a bit on the cold side here in London even in related conferences. The US has been my primary audience in general but this UK event takes creativity seriously. Many people had traveled from all over the world to it. It was great to drink the night(s) away with some like-minded artists. Many of us are refugees from the equity obsessed bureaucratic art factories that pump out social propaganda warriors. Like this McAfee piece from Trevor Jones below, this crew is slightly more rock’n’roll. Hanging out with Trevor Jones, Duncan Johnson, and Tom Badley was like a dropped oxygen mask in that everyone could speak their truth without the constant fear of offending someone or hearing the now very predictable moral posturing based on highly suspect gender studies scripture. The similar experiences within the liberal arts university education were also cathartic to hear. “Satoshi Rides the Waves of Change” by Duncan Johnson

All of the previously mentioned people are introducing quality expressions to the crypto and art merger. There was a real sense of the avant-garde that refuses to conform to the ever-increasing ‘tick-a-box politically correct creative culture’ that seems to have forgotten the merit of the work is the primary concern. I can’t speak for all of us, but the general feeling I got was that art should be like comedy – if you are funny you are in. Your form, politics, color or religion is a non-issue and definitely should not be the first thing to be looked at. None of us care about those things if the work is good and contributes something. The grant and institute based art world now have this 100% reversed – so all shared gratitude for having found crypto. For a more in-depth conversation on my views on the above have a listen to this just uploaded conversation with Shea aka. Crypto Stache.

In other announcements, the Litecoin Foundation made it public that they are commissioning me to do a large scale art piece and mini-doc which culminate to a two-day performance and keynote in Las Vegas for the Litecoin Summit of 2019. It was an experience to get a deposit crypto payment direct from Mr. Lee. Thought to myself, well, that don’t happen every day? I’m toying with the idea to add some motion art into the mix as a bonus.

The big foundational idea has not yet revealed itself so all stories about how Litecoin has influenced your life on a personal level are welcome as feedback. My gracious performance partner in Vegas will be the crypto skilled, competent and obviously gorgeous Milana Valmont. More details in a full post about this soon as well as an exclusive interview with Charlie. 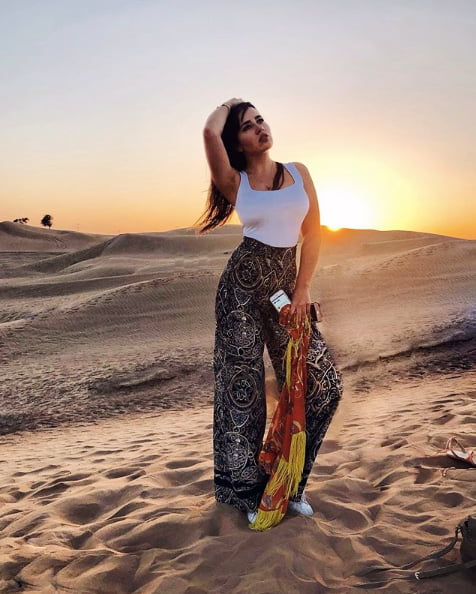 I chose to upload my recent Breathwork series mostly on Codex Protocol. this way I don’t have to announce the prices publicly nor have them be forcibly next to whatever was uploaded next to them. The price is that people don’t randomly find them while just browsing crypto art. Plese let me know what you think or how these pieces could be improved upon in your opinion. “Alive’ was collected by Miguel

The EOS work ‘Alive‘ and the first bodypaint based piece ‘Cradle‘ sold almost immediately after uploading them via personal connections. I can no longer share their verification pages as the ownership has been transferred over via Codex to the collectors. ‘Access Path’ is also as a test case still being auctioned on Superrare.io – it is the very first motion piece and super affordable in comparison to all my other works.

I’m now accepting offers for the ‘Fair Wind‘ and ‘Winter Sun‘ (cover image) pieces. They are all an edition of 1 only. Send me a DM or comment on Twitter for example to enquire. This goes for commission ideas too. The gallery on Codex Protocol