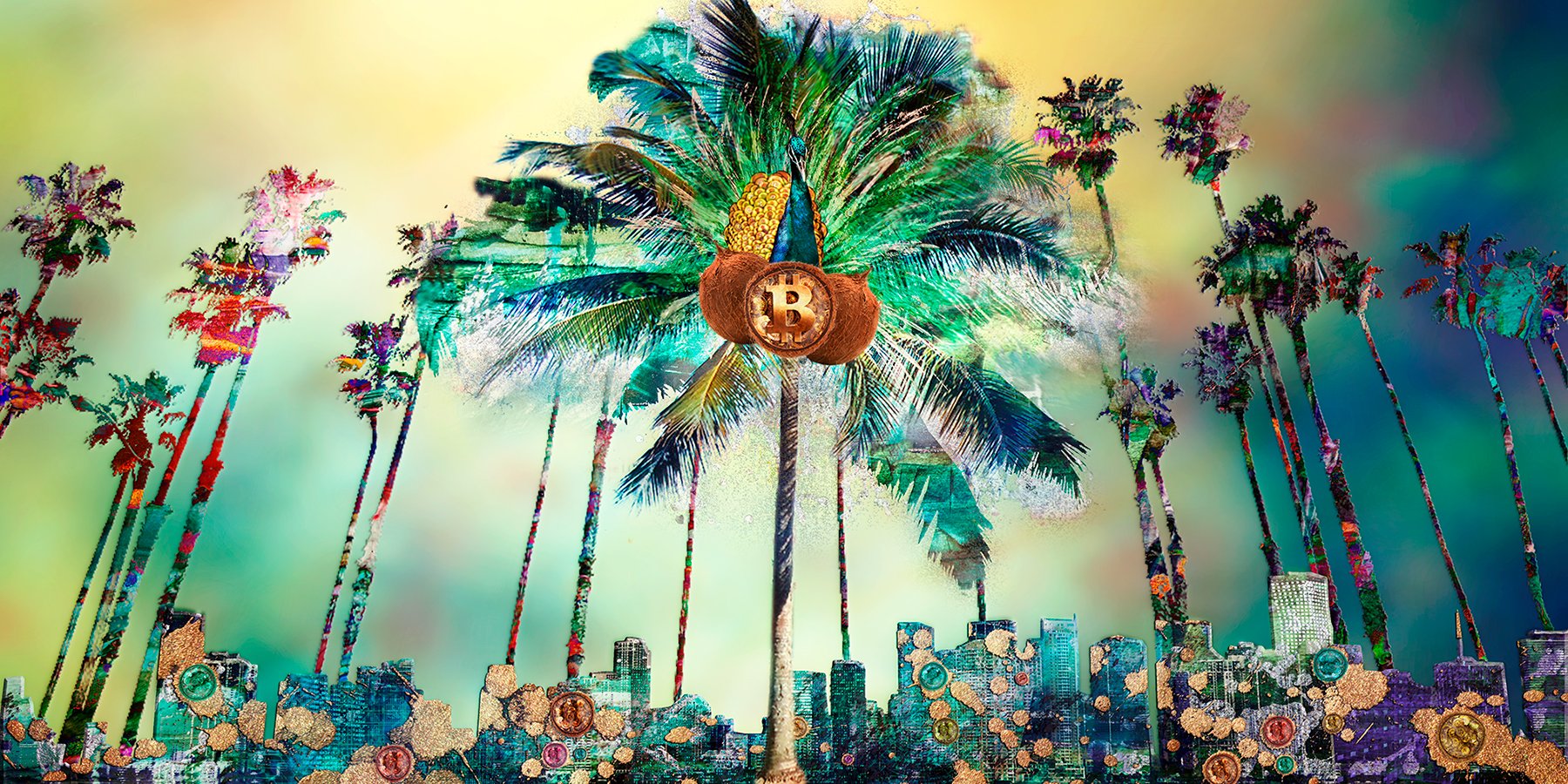 A special collaboration between a group of artists on a 2017 digital original re-worked to an ass-kicking motion shape!

Tuesday 10th, at 9 PM CET the motion version of my 2017 art piece “T(r)opical” will hit the Bitcoin Live show with Jan & Nicholaas Dalmulder. The digital still original has been reworked, with the help of animator Johnny Gonzo and musician Mighty 33 into a new reality, now possible to own as a unique collectible minted on the Known Origin platform. The minimum bid will be 10 ETH, and should it be reached or increased, we will close the auction at the end of the show at 10 PM CET.

You can already bid on the 1/10 version on Known Origin HERE. The motion version is still being worked on and will be made available right before the show.

Also, the original edition of 10 still version of the work is made available. The 1/10 will be confirmed as a sale for whatever has been offered for it on the same platform at the end of the show. Metallica Murder One, is one of the videos in the resume of Mr. Johnny Gonzo

Johnny is an Animator, Artist, Director, Designer, Writer, wannabe Crypto Gangsta, Lover, Fighter, and content creator, as self-described on Twitter. He is a regular contributor on the Sean Stella driven crypto & culture platform Hardforking.com platform and responsible for some of the world’s renowned music video animations. The Metallica tribute song and video to Lemmy Kilmister called Murder One currently has around 14MM views.

Another well-known video with to some even more impressive numbers is the Gorillaz – Saturnz Barz (Spirit House), with currently around 105MM views. Can’t wait also for people to hear the MIghty 33 soundtrack of the animation. He made a superb loop soundtrack and absolutely nailed the idea, which was to do to 80s Miami Vice what Stranger Things did to their beef-up! The addition to the holistic experience is really starting to fulfill the childhood dream to collaborate with talented artists in various fields to birth new realities. MIghty released a full NFT album some weeks back on Crypto Voxels, and this link tree will lead to the relevant click-through stuff to check all of it out.

We will also read the best collector and show insight with 20.000 $VESA tokens via Roll. The true relevance of these tokens will come online with a 21.000 USD valued physical and NFT giveaway campaign in 2021, so HODL on. See you at the show & auction!

Beauty and function: Utility in art?

Ethereum “Diamond Hands” Filled Their Bigs Through The Dip