Bitcoin is once again approaching $11K, after swiftly recovering from a drop alongside stocks and gold early last week.

The leading cryptocurrency fell to $10K before bouncing amidst bullish headlines, including news that British overseas territory Bermuda had approved a Bitcoin ETF. Although not on U.S. soil, the event has created a stir among traders, who have long anticipated that a Bitcoin ETF listing could trigger a meteoric rise like the one that followed the first Gold ETF in 2003. 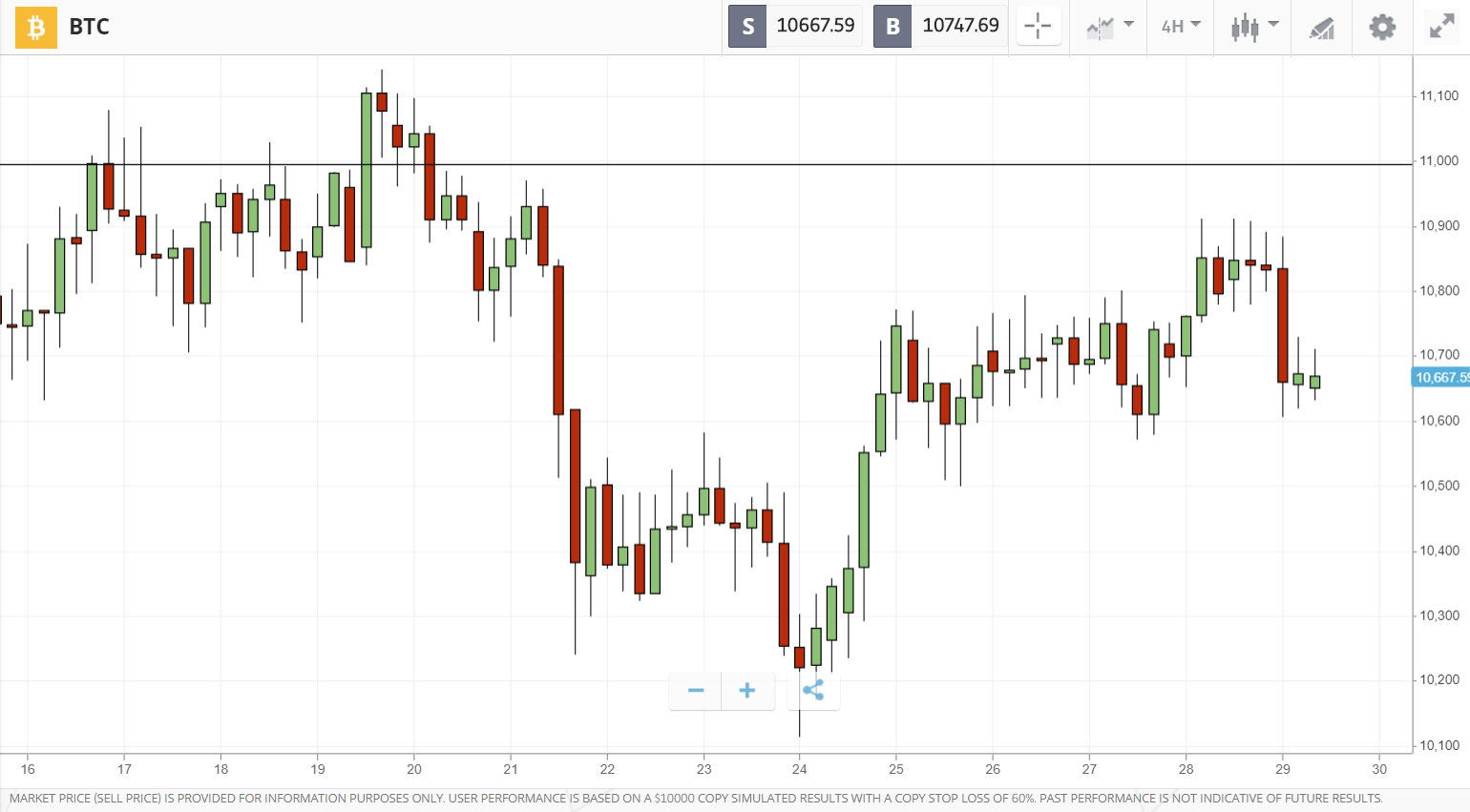 Ahead of Bitcoin, little brother Ethereum recovered even faster from the fall. The second-largest cryptocurrency has pushed up almost 3% over the last seven days as it races to catch up with the week’s biggest winners — Cardano and Tezos.

A surprise ask-me-anything session with Cardano founder Charles Hoskinson catalyzed a 20% surge for the platform’s native token, ADA, last week. In the session, Hoskinson shared details of the upcoming network upgrade, Goguen. This represents a big step forward as it will allow developers to build decentralized applications (dApps) on Cardano.

Bullish Cardano sentiment has been bolstered further by news that IHOK, the company behind the platform, is working with the United Nations to incentivize the development of blockchain projects aimed at boosting sustainability.

As one of the leading tokenization platforms, the rally could be related to rising interest in non-fungible tokens (NFTs). These on-chain crypto-collectibles and unique art pieces have garnered increased attention in recent weeks amidst the DeFi boom.

Although September has been a relatively quiet month, some suggest this is a bullish sign, with data from Messari showing that Bitcoin has never before managed to stay above five figures for so long.

This buoyancy is particularly impressive given the recent KuCoin hack, which could continue to impact crypto markets in the coming week as hackers seek to offload more than $150M in stolen funds.

As we move into October, the impending U.S. election is likely to dictate price action across global markets, along with fears of a second wave of coronavirus cases. This could come to a head on Friday when the latest jobs report will give fresh insight into the state of the economy.