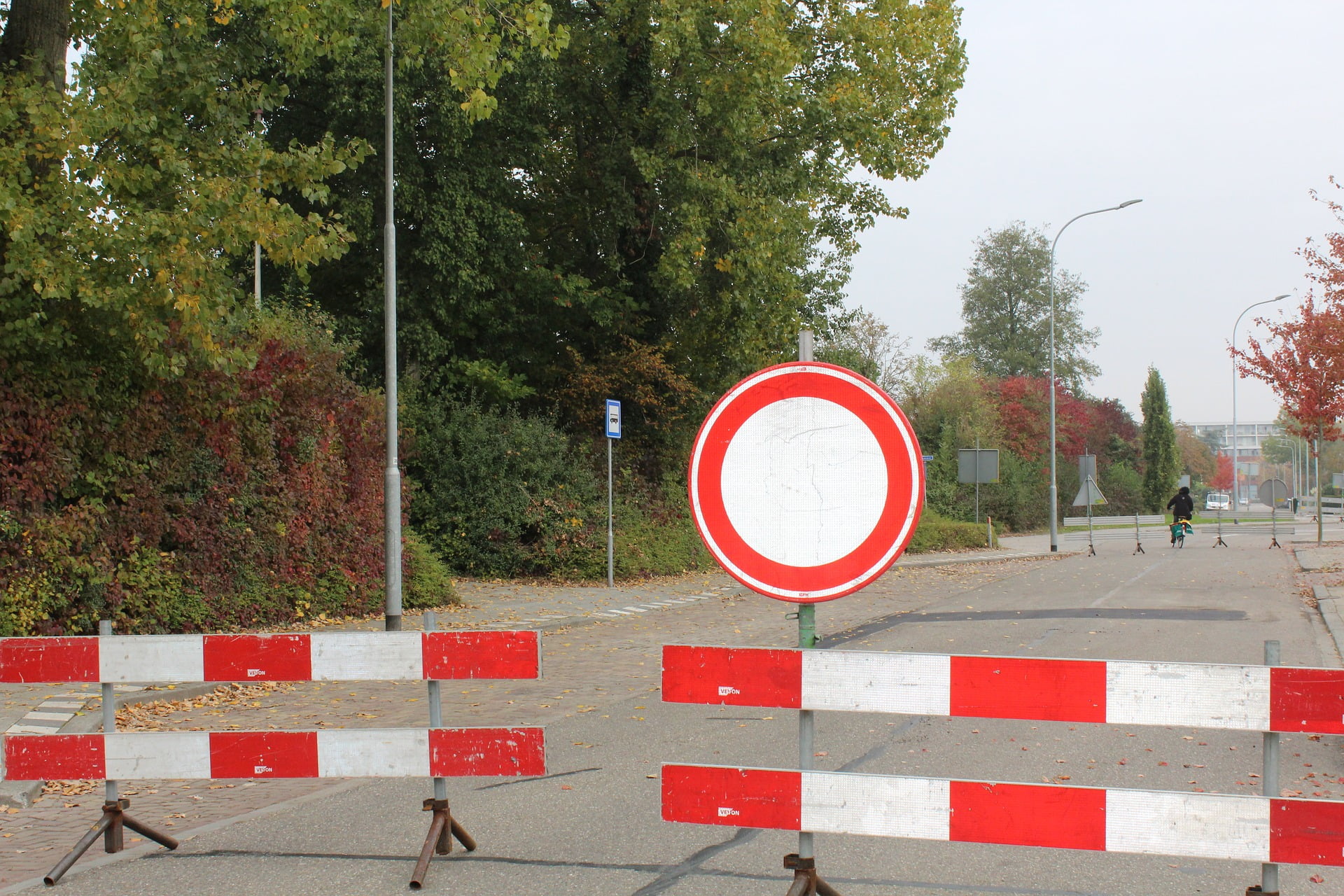 The first time this report crossed my desk, I must admit that I was hesitant to read it. By the second and third time it was sent to me I’d already dismissed it completely. After all, why would I want to delve through pages of FUD from one of bitcoin’s harshest critics?

At least as far as the report’s summary, it seemed like fairly standard stuff. Roadblocks to adoption, the recent bear market, scalability issues, so figured I may as well skip it. That is until I saw this post stating they’d made a calculation error.

To sum it up, ZeroHedge is claiming that JP Morgan had made a classic newbie error when calculating bitcoin’s mining costs. Unlike physical commodities bitcoin has a steady rate of production, which is 12.5 BTC approximately every 10 minutes, regardless of how many miners there are.

Upon further inspection however, it seems that JPM’s assessment made no such claims. What they did actually made sense. By breaking the miners into different categories, they make the claim that it is the low-cost miners who set the price floor. 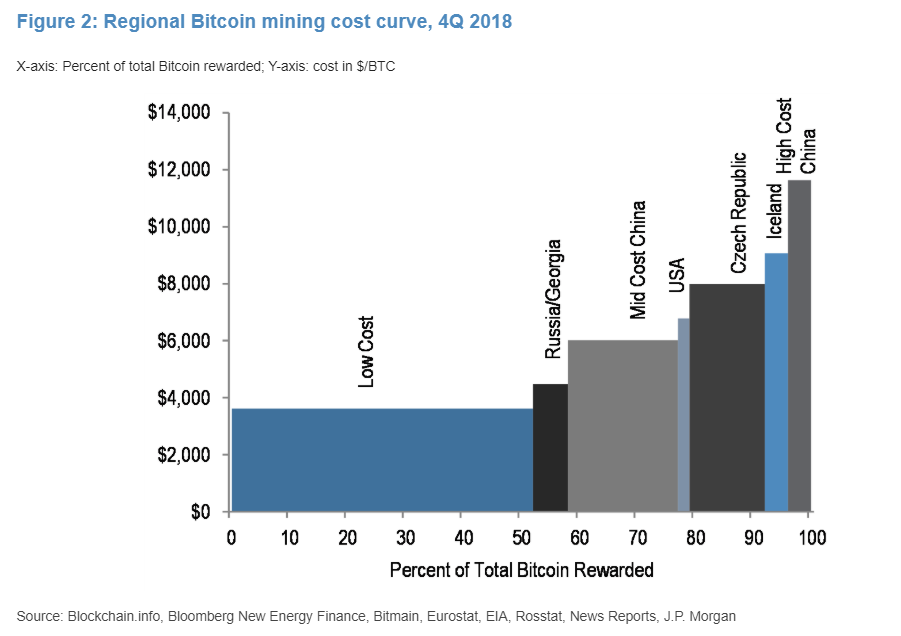 Mining costs are notoriously difficult to estimate but assuming for argument’s sake these numbers are correct, bitcoin is now below the average mining cost ($4,060).

What the report does indicate is that if the high-cost miners choose to exit, then the low-cost miners will then be competing against each other, which could drive the prices down as far as $1,260. Again, an accurate statement.

What JP Morgan fails to take into account is a simple matter of behavioral economics. By their own admission, and included in the graph above, a large number of miners have been operating at a loss for a while now, and hashrates continue to increase even in countries where electricity is more expensive.

Therefore, there isn’t much reason to assume that if someone in the Czech Republic, for example, has been mining bitcoin for $8,000 until now, he’ll suddenly abandon his rig if the price drops another $1,000 or $2,000. Certainly, some will be forced out as nobody can operate at a loss indefinitely, but whoever can afford to will likely hang on for as long as they can.

Good to see JP Morgan doing their homework but it seems they still don’t quite understand what HODL means.

Please note: All data, figures & graphs are valid as of January 30th. All trading carries risk. Only risk capital you can afford to lose.

It’s the oldest trick on Wall Street. Traders seem to care less about profit growth and more about the expectations. So by lowering expectations, companies can actually turn bad news into good.

As we discussed in yesterday’s update, Apple did a fairly good job of preparing analysts for a sour report. So when they did announce some pretty dismal numbers it was not really a surprise that they beat analysts expectations.

Stranger still, it was only the headline “earnings per share” figure that beat expectations. Other metrics like revenue and Q1 iPhone revenue still managed to fall short. 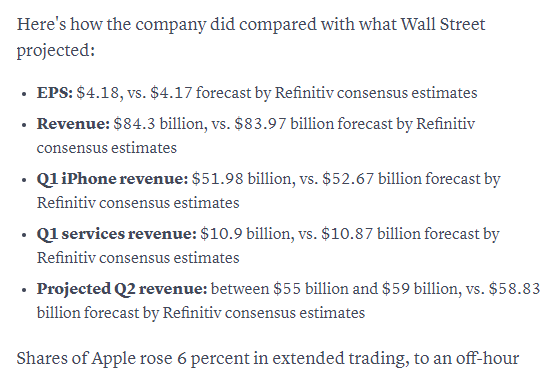 The fun continues this evening with Facebook, Microsoft, and Tesla reporting after the closing bell tonight.

Before that though, we’ll get a very special press conference with the chairman of the Federal Reserve, Jay Powell. Interest rates are not expected to change today but as the Fed is currently the largest player in the financial markets, investors will want to hear what Jay has to say.

Indeed, Fed watchers have recently become increasingly confused by the central bank’s actions. Throughout 2018 there has been a lot of volatility in the markets, largely due to the expectations that the Fed will continue to raise rates and wind down their balance sheet.

In reaction to that volatility, and possibly rhetoric from the President, Powell has assured us that they’ll be less likely to continue the hiking process going forward. However, the issue of the balance sheet continues to remain elusive.

As was mentioned in the JP report above, which admittedly I still haven’t gone through entirely, crypto still has a lot of roadblocks to acheive widespread adoption. I certainly agree with their assessment that we’re very much in the early days of the blockchain revolution and it could certainly take time before the full benefits are realized.

However, as investors, we still need to take into account that all crypto assets are risky. The simple fact is that we’re dealing with very experimental technology and so things can certainly go wrong along the way. This is why it always pays to diversify your investment portfolio and trade in other assets as well.

One example of the way the tech could go wrong was experienced yesterday in the NEO network.

Now, without getting too technical it seems that some people running the NEO blockchain weren’t updating properly, possibly due to poor connections, and the entire network was out of sync. Some prefer not to use the term “fork” to describe this, and  simply calling it a “spork.”

In any case, it seems that everything has been resolved by now and the impact on the price was minimal.

As well, Ethereum might run into a bit of difficulty due to the delay of the Constantinople upgrade. It seems that the “difficulty bomb” that the upgrade was supposed to offset has now kicked in and the block reward has dropped by 25%.

On the one hand, less supply coming online could increase the price of Ethereum but it seems the hashrate is dropping at the moment.

Not to worry though, Vitalik is currently sitting with some of the top devs at Stanford University campus working on the issue. Session recordings are here.

Despite the above, it seems crypto prices are rising this morning on the news that…

Though I’m hesitant to take this time frame as fact, it seems that alternative investors who have been waiting for large scale bitcoin adoption from large institutional players have something to chew on this morning and that seems to be enough to put some green on the board today.

Many thanks for taking the time to read the daily market updates. As always, please feel free to share any questions, comments, feedback and insights with me directly. I’m always happy to hear them. Have an amazing day ahead!