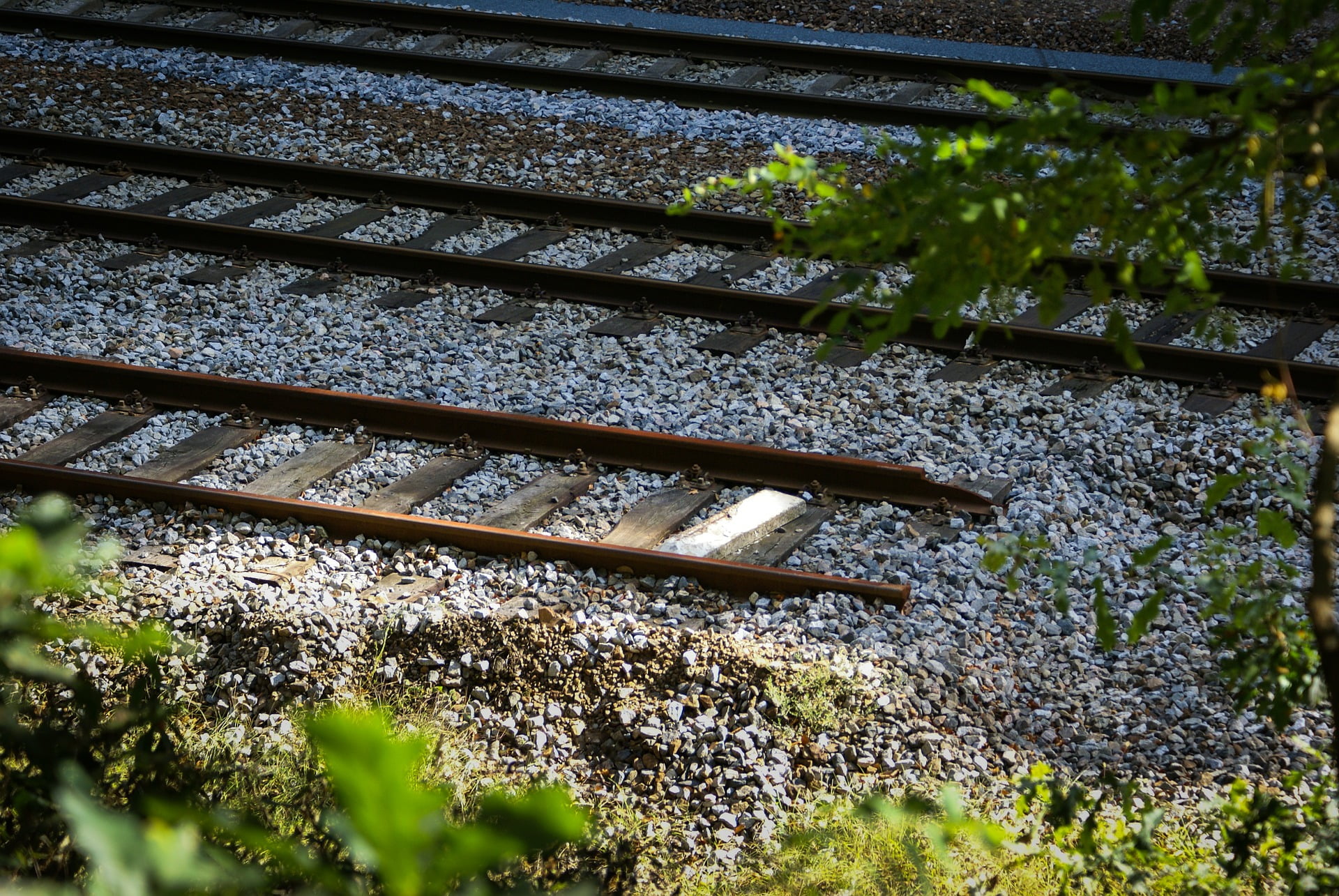 Not sure if you’ve seen it yet, but a recent ad from a well known cryptoasset fund manager is causing some debate today and what kind of analyst would I be if I didn’t weigh in?

For those of you who haven’t seen it, here’s the link.

For myself, even though I respect a lot of what this company has done before, this advertisement completely misses the mark. Yes, bitcoin is considered to be digital gold and they have many things in common. However, gold still has a few advantages that bitcoin does not have.

First, physical gold can be used as a safety net in case of a total system meltdown. As the moment, it is impractical to try and transact with bitcoin in the event of an internet or electric failure.

Second, gold is much more widely recognized around the world. While we hope that bitcoin will gain in acceptance, there are very few who would argue against gold’s status as a precious store of value and vehicle for hedging investments.

What really irks me though, is why are we even having a debate about this in the first place? Any portfolio can easily hold both crypto and traditional precious metals. I’ve been doing so for years and don’t intend to stop any time soon.

Please note: All data, figures & graphs are valid as of May 2nd. All trading carries risk. Only risk capital you can afford to lose.

The US Federal Reserve did their best to have an uneventful event yesterday, but there’s still plenty that we can learn from their actions.

The key takeaway was…

Though this may seem insignificant at first glance, it actually represents a significant shift in policy from the Fed.

Before yesterday, they were talking about being patient with rate hikes. Meaning, that the outlook was to raise rates down the line. Now, they’re actually coming out and saying that they have no such outlook and that the next interest rate adjustment, whenever it might happen, could be a hike or it could be a cut.

Still, this outlook may have disappointed some investors who were expecting the Fed to be a lot more dovish and lean towards already saying outright that the next move will be a cut.

The stock market fell. during the time of the press conference and into the closing bell (purple rectangle).

Now that all the earnings are in. Well, all the important ones anyway. We can see that the world’s most powerful companies have all been growing at a rapid pace. With the exception of Google, the FAANGs all performed spectacularly during the first quarter of the year.

One graph that blew me away on the plane last night was sent from Bloomberg. The white line represents the Fang 6 (Facebook, Amazon, Apple, Google, Netflix, and Microsoft). The blue line is the MSCI world index excluding the Fang 6, basically all the rest of the stocks in the world. 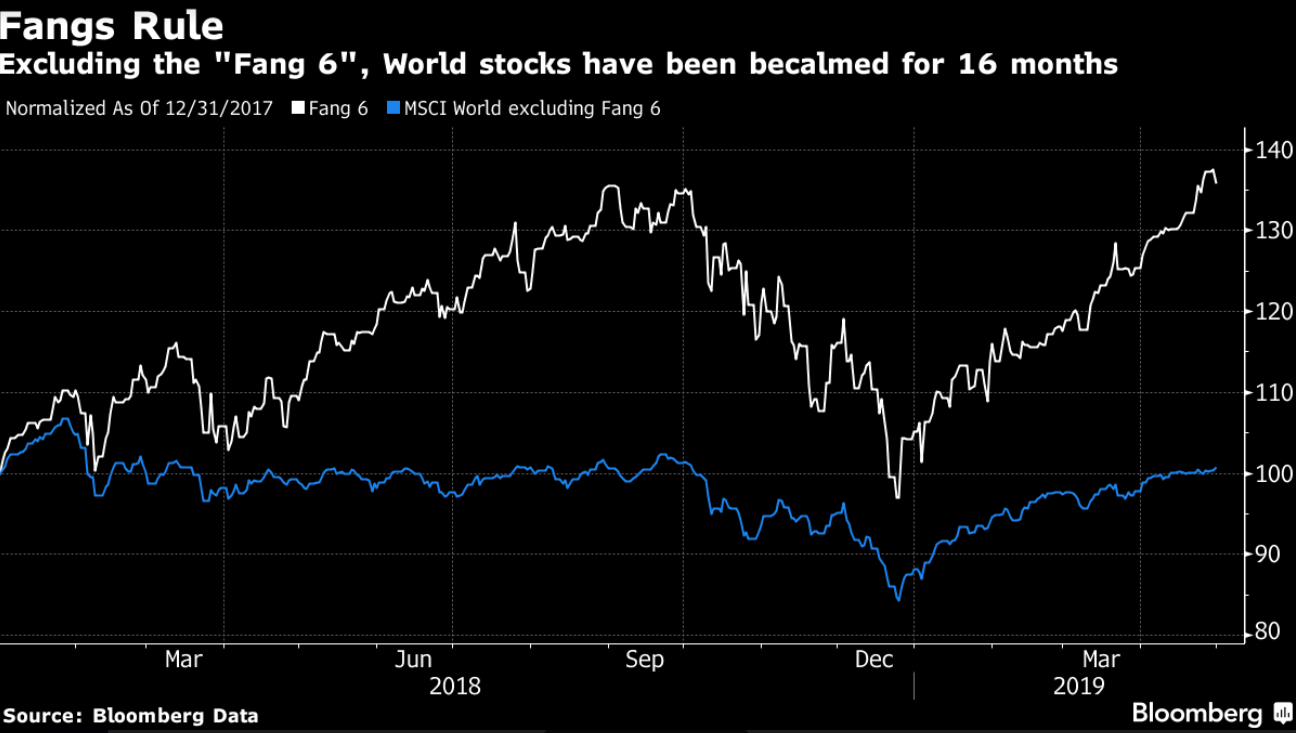 As we can see, these tech giants aren’t only disrupting tech. They’re pretty much disrupting all investments on the planet.

On the back of what we wrote yesterday about asymmetrical risk and crypto allocation in an investment portfolio, I’d like to dig a bit deeper. An associate of mine is doing a bit of research on this as well and I do hope to share his findings with you in due time. In the meantime though, let’s have a bit of fun.

Here is a poll that I put out on twitter yesterday because I’d really like to know what you all think. 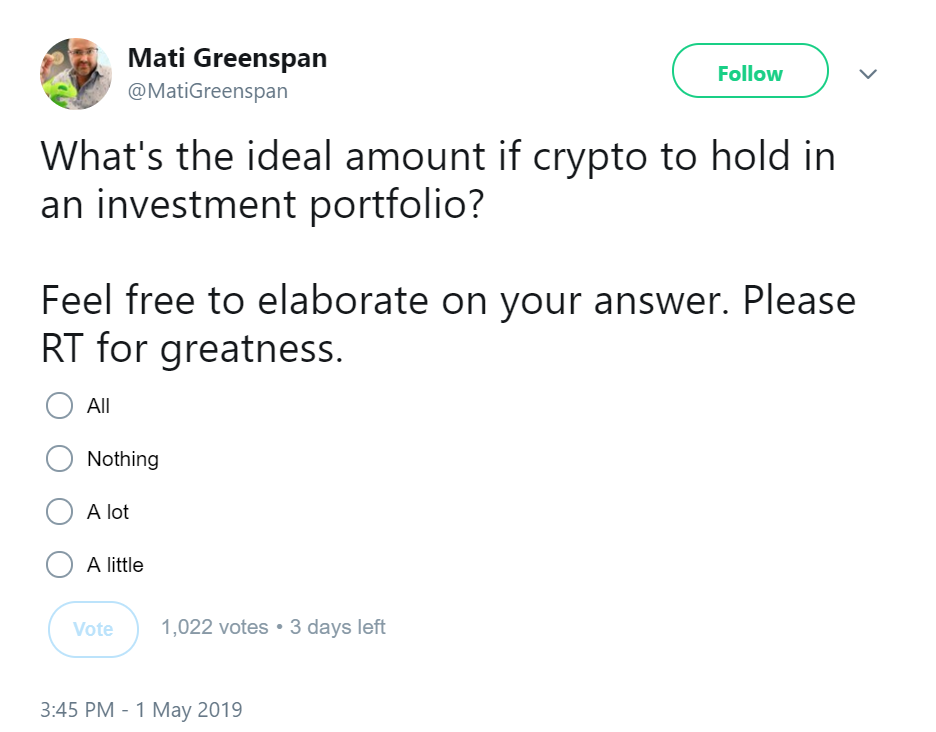 Would appreciate if you, as a valued reader, can take a moment to express your opinion on this. If you don’t have a twitter account yet, it might be time to get one. 😉

Please also make sure to share it with anyone and everyone you feel may be relevant. The more answers we get, the more useful the findings become.