The crypto market is usually fairly disconnected from the day-to-day activities of central banks. Usually…

Last night we got a taste of what can happen when markets get a whiff of upcoming policy changes by the market’s largest players. The Bank of Japan, which has been aggressively printing money since 2013, announced last night that they’re willing to buy an unlimited amount of bonds.

The reaction came swiftly as many analysts feel that this is simply a precursor to deeper changes in the BoJ’s policy. Japanese Bond Yields went through the roof. 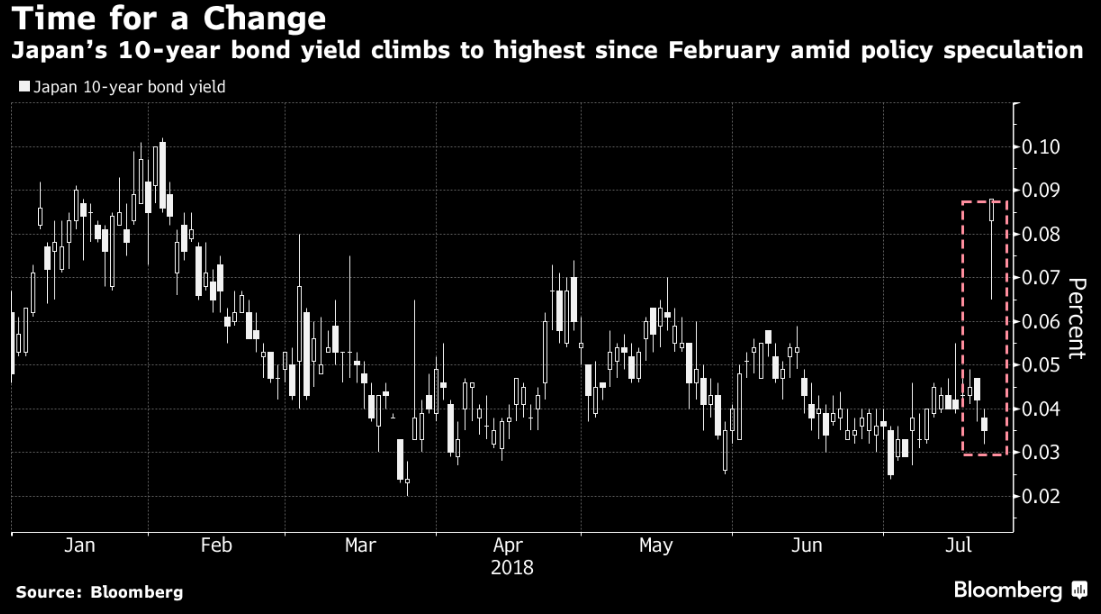 A quick look at the global volumes confirms that this trading action did indeed occur predominantly in Japanese Yen.

It seems that Japanese traders have their own ways to hedge the actions of their central bank.

Please note: All data, figures & graphs are valid as of July 23rd. All trading carries risk. Only risk capital you can afford to lose. 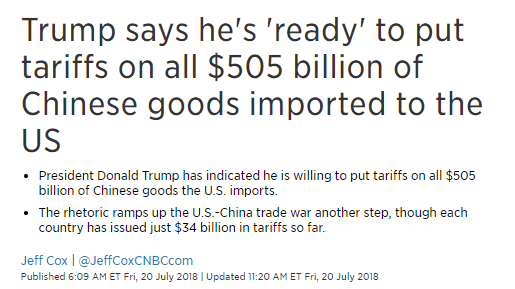 The markets were none too happy about that and the US Dollar quickly fell to the lows.

The stock markets also took a small hit but overall, the news didn’t seem to have much impact on sentiment. Here we can see the China50’s response which was to give back just a bit of its gains from earlier in the session.

Over the weekend, we saw the G20 meeting in Buenos Aires where officials did seem to be concerned about all this trade war talk.

Investors are currently doing their best to figure out exactly which stocks and ETFs are going to be hit in the increasingly likely scenario of an all-out trade war. This could be one of the reasons that the Nasdaq has continued to attain new record highs despite the apparent market turmoil.

Very likely, we’ll see an increased focus on the upcoming earnings announcements as we get into a busy week. 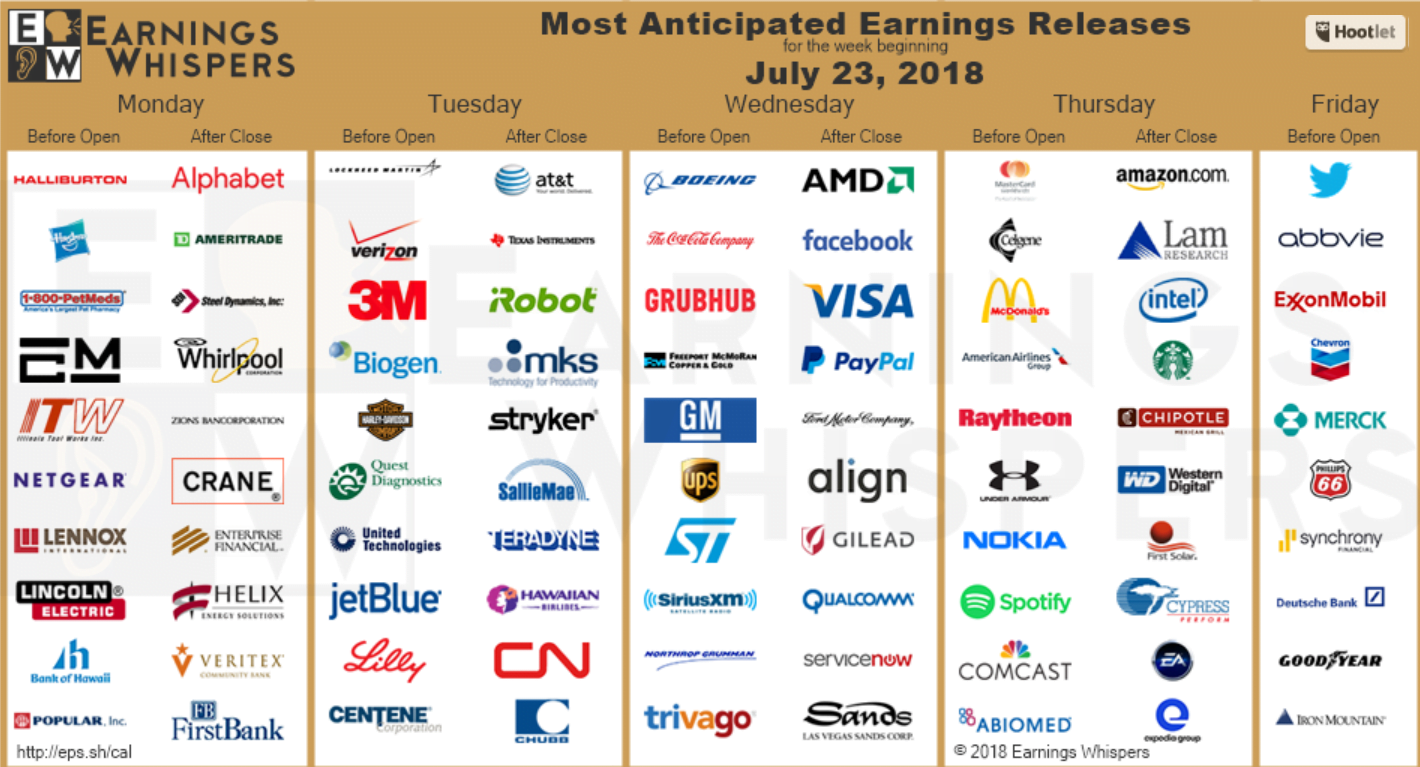 The hearing in India that has been a large focus of these daily market updates over the last few weeks took place on Friday as well. The outcome…. inconclusive.

It seems that arguments were heard by the court but unfortunately, or fortunately, they’re still lacking critical input from the Securities and Exchange Board of India and a few others. The next hearing is set for September 11th.

In the meantime, the crypto market has continued to creep up over the last few days but similar to what we’re seeing in the stock markets, alternative investors are getting a bit more picky about which cryptos they pile into.

As the oldest and most well-established cryptocurrency, bitcoin itself has been the only gainer this weekend as it continues to regain dominance over the alts.

Though I’m not very fond of using market cap as a yardstick for cryptos and even less excited about using the bitcoin dominance index that is derived from the market caps, this does seem to be the best way to explain what’s happening in the last few weeks. 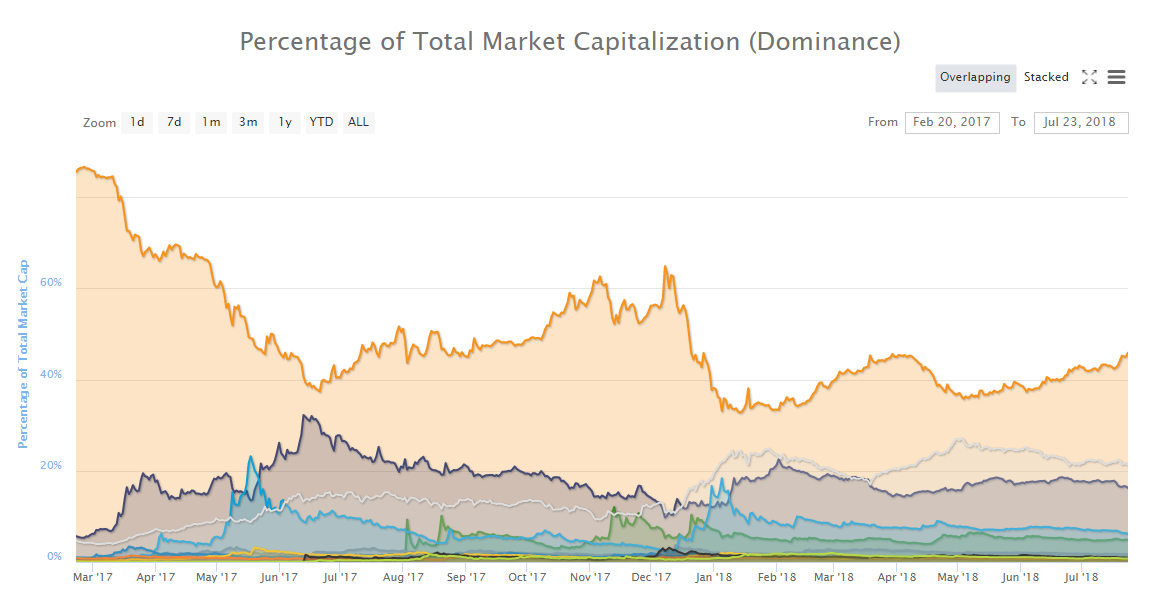 At the beginning of the year, bitcoin reached an all-time low of 32% of the total market. As we can see, it’s been rising steadily since then as investors realize that the hard cap of 21 million bitcoins that will ever be created, is Satoshi Nakamoto’s way of ensuring the rarity of cryptocurrencies and is the only way to ensure that it will remain a viable store of value going forward.