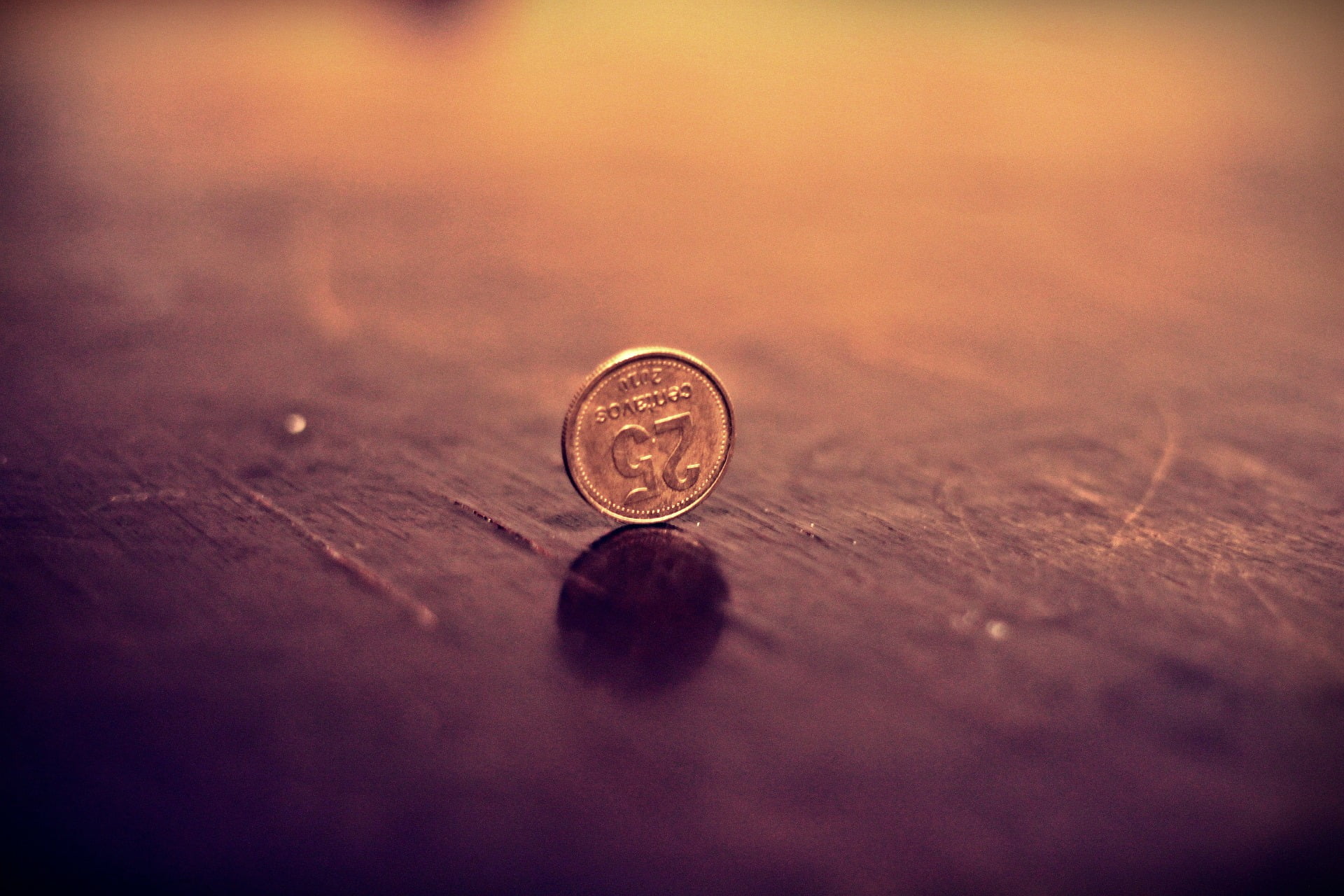 One of the main advantages of working in a global company is that we get to see the news from different perspectives.

For example, take the ongoing legal battle between Apple and Qualcomm. Yesterday, a San Diego court awarded the mobile chipmaker a judgment of $31 million, saying that $AAPL did indeed infringe on several of $QCOM‘s patents.

What was most interesting to me, is that this case has been on the radar of eToro’s China research desk for quite a while. In a blog post distributed on our WeChat channel last week, our Shanghai analyst writes…

“Technological innovation can help companies quickly gain an edge, but at the same time, the advantages that technology brings are actually the easiest to imitate.  “

Technological innovation can help companies quickly gain an edge, but at the same time, the advantages that technology brings are actually the easiest to imitate.

These type of patent infringement cases are now gaining global prominence as they are at the very heart of the ongoing US-China trade war. So for macro investors, it’s particularly interesting to see these type of stories from all sides.

Please note: All data, figures & graphs are valid as of March 18th. All trading carries risk. Only risk capital you can afford to lose.

Stocks are on a roll lately. It seems that all the geopolitical tensions that have been weighing on the markets over the last few months have suddenly been brushed aside in a wave of risk appetite.

That said, there’s plenty of stuff to look out for this week that could potentially rock the markets. Perhaps above all will be the Fed meeting this Wednesday.

The US Federal Reserve is firmly in control of the financial markets at the moment so speculation on what they might do will likely be the focus of this weeks volatility or lack thereof.

As we can see, the VIX volatility index is at its lowest point in more than six months.

Who Controls the Oil?

Crude oil has been on a run lately, largely based on supply cuts from Saudi Arabia and energy shortages in Venezuela.

This morning, Saudi Oil Energy Minister Khalid Al-Falih, seemingly speaking on behalf of OPEC and all of their allies, reiterated that the cartel will be able to meet the necessary production cuts to send the price higher in the weeks to come.

Still, the US, UK, and Brazil continue to produce more and more. So OPEC and even the new OPEC+, which includes Saudi Arabia, Russia, Kuwait, and several others, are only half the story and the battle continues.

By the chart, it does seem like the price is running into a bit of weakness within the upward channel (yellow lines) ahead of the strong psychological barrier at $60 a barrel (blue line).

OPEC+ members will reportedly be meeting in Jeddah this May, presumably to try and push the price further up. President Trump has been tweeting quite a bit trying to push the price of oil down. Who will win?

Crypto markets surged on Saturday morning but seem to be giving some of that back as we speak.

Seemingly leading the charge is Bitcoin Cash (orange), which is up 20% since Friday morning. Far ahead of the runner up Litecoin (blue), which rose 5.6% over the weekend.

In further confirmation that we’re in the throes of alt-season, we can see Bitcoin’s dominance has continued to decline over the last month, even though the price of BTC has risen 10% during the same period.

Here we can see the Bitcoin Dominance Index that shows BTC’s share of the total market cap has dropped a total of 1.5%, while the ‘others’ category (silver line), showing the small-cap cryptos has risen 2.2%. 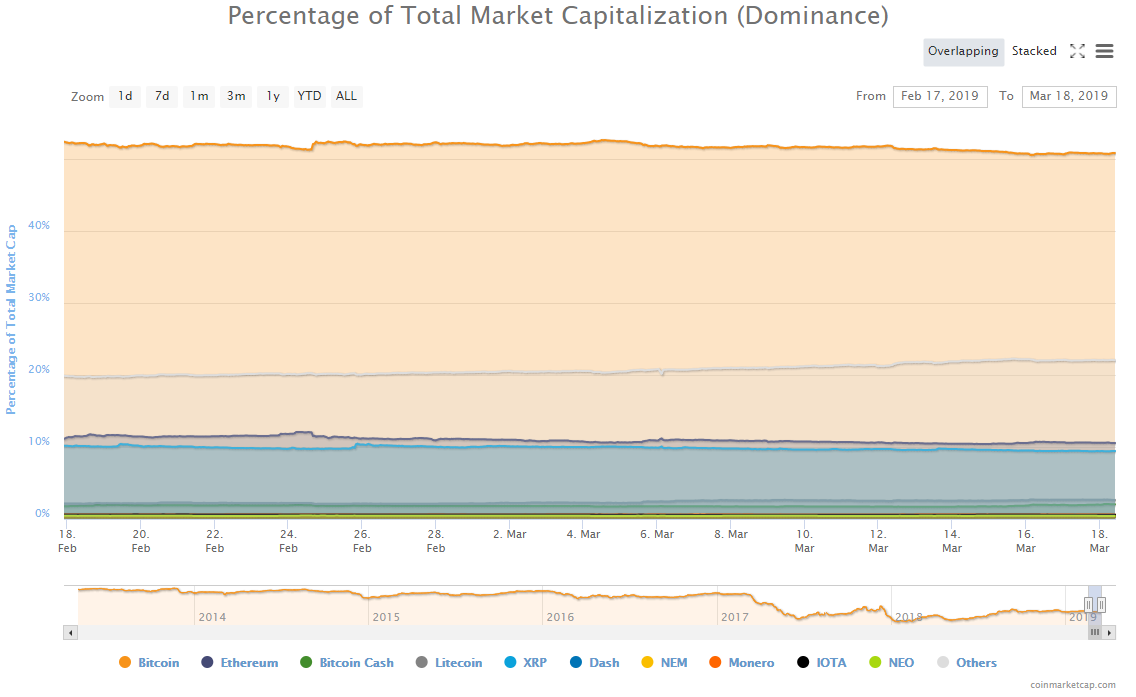 At this point, it’s even possible that some of the long term hodlers are getting into the altcoin action. Even though the stigma in the market that Bitcoin is the safe and stable one remains strong, some of the other smaller projects are showing some serious potential.

A recent transaction was spotted on the Bitcoin blockchain where 50 BTC were moved from a wallet that hadn’t been touched since they were first mined in November of 2010.

The most likely reasons that we can speculate for this type of movement is that the person either really needs to pay some bills, or they’re looking at some other investments in lower tier alts. Given that the individual hodled right through several massive bull and bear runs, I’d say it’s probably more likely the latter.