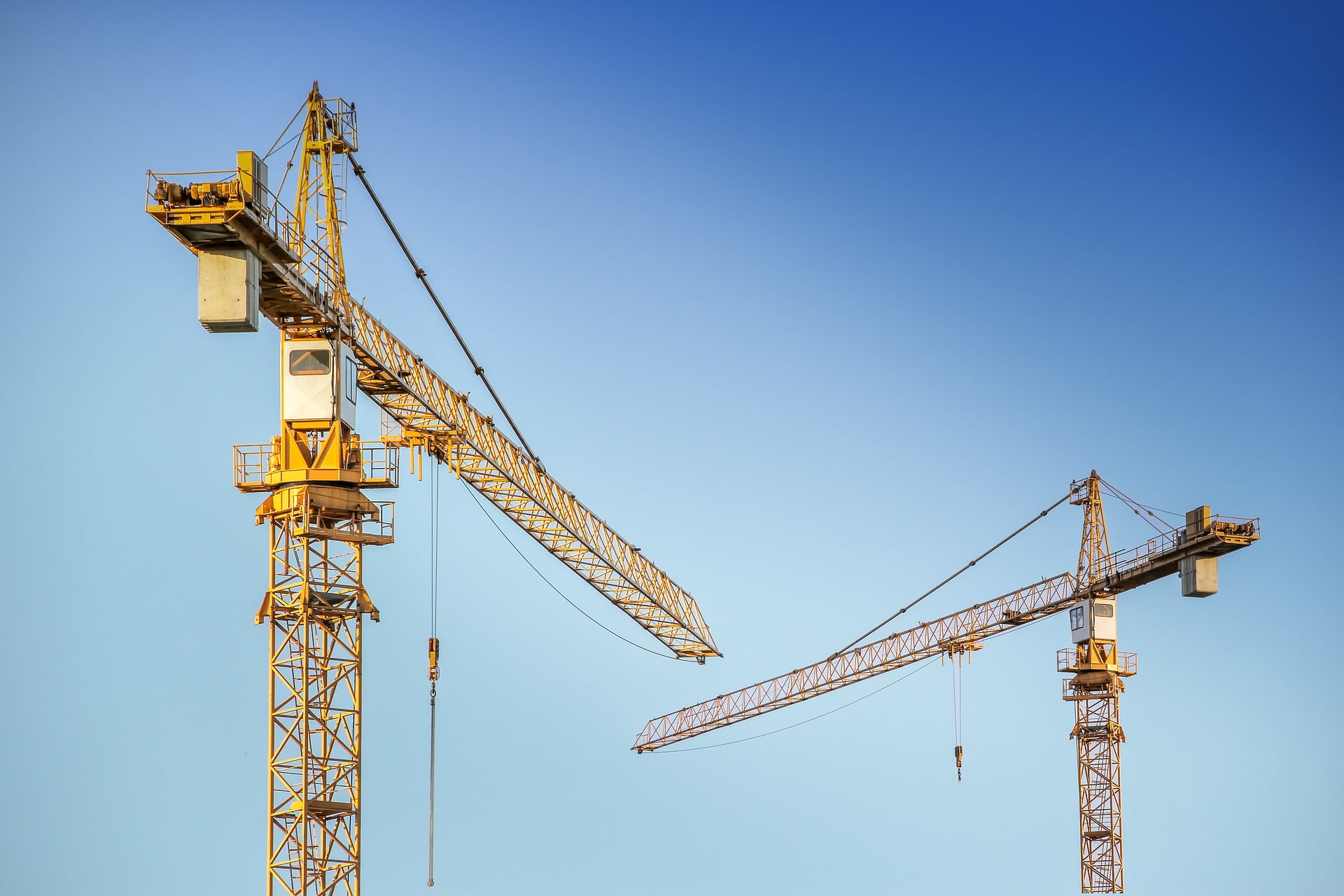 “To some extent, humanity is gotta roll with the punches and enjoy the massively uplifting benefits.”

-Vitalik Buterin speaking about whether the world is ready for crypto mass adoption.

In fact, we do still have a lot to learn about how cryptoassets and distributed ledger technology (DLT) can improve financial equality. Vitalik speaks a lot about using blockchain to improve things from social responsibility and democracy as we know it but how about financial markets?

Raphael Auer is a researcher at the Bank of International Settlements and he’s recently put together a new research paper showing how regulators can use DLT tech in order to vastly improve their workflow saving time, energy, and money.

The end result of this is a net advantage for newer and smaller financial firms who will be able to use these savings to improve their business structure, thereby leveling the playing field and removing barriers for new players to compete in the traditionally difficult to enter financial markets.

The ICO revelation of 2017 showed us how DLT can be used to democratize the way startups raise capital, but now it’s clear to see that with a little bit of refinement, and a bit more knowledge, the entire global economy has a lot to gain.

Please note: All data, figures & graphs are valid as of September 18th. All trading carries risk. Only risk capital you can afford to lose.

Traders and investors across the world will tune in today for the Federal Reserve’s interest rate announcement, which will take place at 2:00 PM on Wall Street.

The US Fed is by far the largest player in the global financial markets so any action they take has a direct impact on all assets from currencies, to commodities and stocks, and some would say even cryptoassets.

Even a small adjustment in the interest paid on the US Dollar can have a huge effect on market prices. So it pays to pay attention.

Today, they are widely expected to cut the rate for the second time in a row from 2.25% to 2% even. This could have the effect of freeing up more capital for investment and the hope is that it will lift the price of stocks. It is also expected to have a negative impact on the US Dollar. 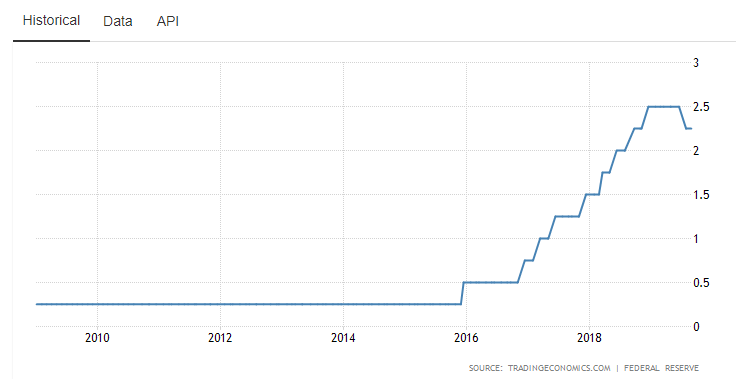 Many people, myself included, have criticized the Fed for cutting rates when they should probably be raising them instead but we’ll leave that dead horse alone for today.

Watch out for the reaction from key assets such as the stock indices, gold, the US Dollar, and possibly even bitcoin.

According to the prince, Saudi oil production will be back at full capacity by the end of the month.

It was a bit of a surprising statement if you think about it. Saudi Arabia has been trying to raise the price of oil for years by artificial means. So I’m really not sure what’s their rush to get everything back online so quickly.

In addition, the Saudi Finance Minister has now stated on Bloomberg that Sunday’s attack has had zero impact on the company’s revenues. Another odd statement to make.

From what it seems, the largest disruption to oil output the world has ever seen probably won’t cause any supply shortages anywhere in the world. Reserve levels are likely high enough to cover the total deficiency for the brief time that the main plants remain offline.

By now, crude oil has given back more than half of the ill-gotten gains.

So, other than some short term volatility, it seems very likely that the long term effects of this massive scale event may be extremely short-lived. Personally, I’ve long ago given up trying to trade this slippery asset and instead have been looking to renewable energy for better long term investment potential.

Is there a new Altseason?

Looking at the crypto markets right now, it’s plain to see that bitcoin has been extremely stable. With volumes declining somewhat on the main blockchain, some might even say that it’s been apathetic. 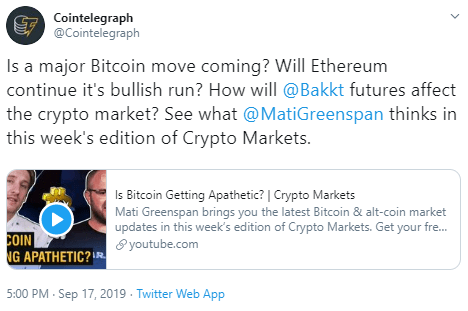 In any case, it seems that while bitcoin’s performance is lagging, some of the altcoins have been zooming. Here we can see bitcoin (in white) against some of the top alts over the last two weeks. As you can see, some of them are well into the double-digit gains.

To me, it seems like it’s still a bit early to be calling this an “altseason” but it certainly has the potential to turn into one.