When dealing with your personal finances, how often do you involve religion in your calculations?

I imagine the answer will be different for everyone and will likely vary from “every time” to “never” depending on your background, chosen lifestyle or where you live.

As various governments and institutions acclimate to cryptocurrencies, religious movements are following suit. While the Vatican and Pope Francis are yet to come to any conclusions, it seems that the Muslim community is warming up to them.

Most recently, a forward thinking and well-recognized group called the Shariyah Review Bureau have released an official certificate declaring that the cryptocurrency known as Steller Lumens meets all the requirements to be compliant with Sharia Law. 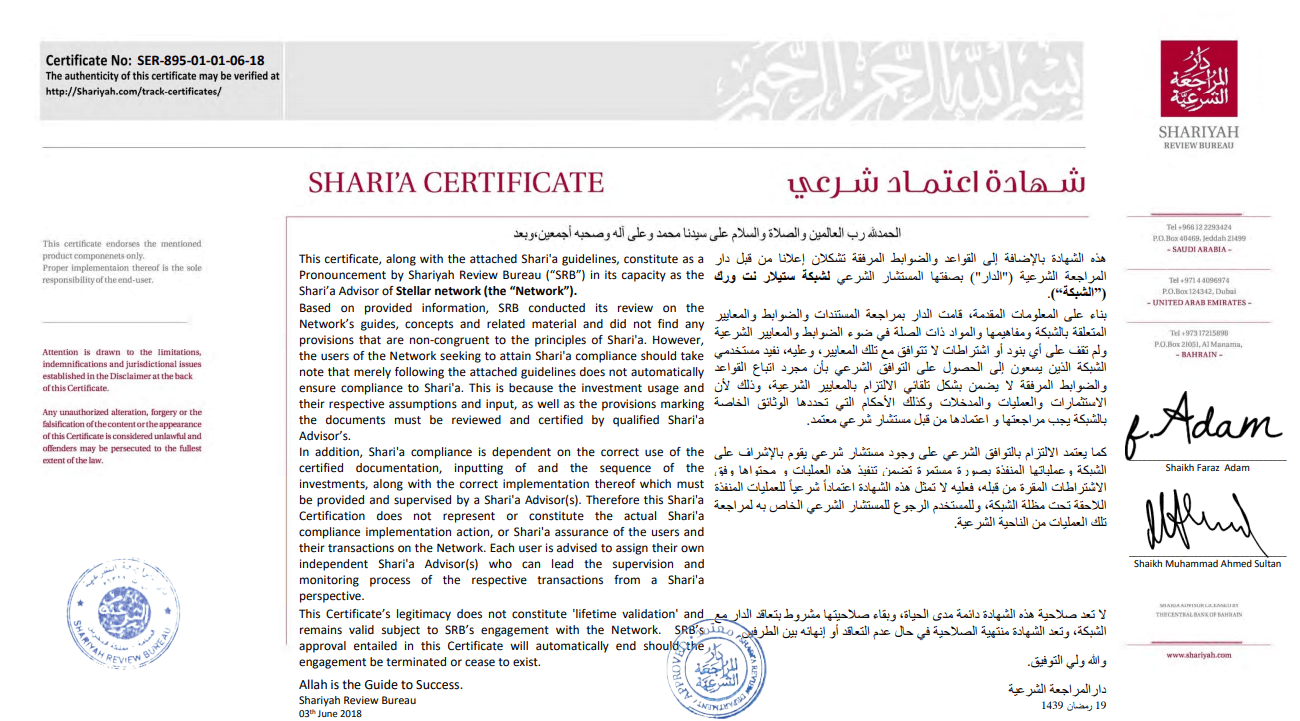 The laws of Riba (paying and receiving interest) are quite complex and very strict for orthodox Muslims and so this new ordinance goes a long way toward opening the financial revolution to an entire culture.

The price of Steller Lumens XLM tokens is up sharply since the announcement. Feel free to also review our recent research paper on Steller here.

International markets continue to be dominated by fears of an escalating trade war on the surface, and fears of a tightening Fed cycle underneath it.

In the UK, the dynamic is similar. On the surface, there is a very messy Brexit playing out in Parliament, and underneath is the Bank of England (BoE) that is stuck between a rock and hard place.

Often it’s what lies beneath the surface that tends to be more critical. After some rather sour retail data was released this morning, it seems the BoE is less likely to increase their interest rates at their August 2nd meeting.

The Pound Sterling has been on a nasty slide since the peak in mid-April, and this latest update has it seriously testing the 1.30 psychological support level.

When Visa & MasterCard came out with a crypto ban earlier this year it definitely affected things.

Previous studies showed that most crypto purchases in the USA were done with credit cards and so this ban, as well as the advertising bans by Google and Facebook, may very well have contributed to the current retracement in crypto this year.

A few months later, when MasterCard reporting their quarterly earnings, it became clear that the loss of business was actually hurting MA‘s bottom line.

On Tuesday, the credit card giant won a surprising patent in the United States. According to the filing, it seems that MasterCard may have had a change of heart and is now looking to bridge the gap between blockchain-based assets and fiat currencies.

Of course, we have no idea what they intend to do with this patent or when/if they will ever put it to use. However, this is certainly an encouraging update for those hoping for a greater level of cooperation between crypto and traditional finance.

Both crypto hearings in the USA seemed to go quite well, with the exception of an outburst from Congressman Brad Sherman who said that the USA should ban purchasing and mining cryptocurrencies.

Sherman is a known opponent of cryptocurrencies who’s top campaign contributors include the online payment processor Allied Wallet, the company with the most to lose, should cryptocurrencies gain more prominence.

The good news is that Congressman Sherman’s allies in these efforts are dwindling as many government officials do see the value of a new technology that allows for the decentralization of applications and creates programmable money, and the rest of the meeting seemed very productive.

Over in India, an even more important hearing is about to be held in a country that could prove to be critical for the adoption of cryptocurrencies depending on what happens tomorrow.

The Supreme Court of India is now tasked with deciding whether to strike down or uphold a crypto ban imposed by the Reserve Bank of India (RBI) that went into effect earlier this month. At present time, we really have no idea which way they will side. Government officials have weighed in, mostly anonymously, on both sides.

We also don’t know if a firm conclusion will be reached tomorrow or if there will be additional proceedings later. We do know that the Finance Ministry itself has not outlawed cryptocurrencies and are currently putting together a package of guidelines on how they should be regulated.

At the moment, there are very few options to buy bitcoin using Indian Rupees and so this market has been effectively shut out. If we do get a firm resolution from the court tomorrow, this will potentially open up the crypto market to the world’s second most populated country, a country that could certainly use a decentralized form of money at this time.