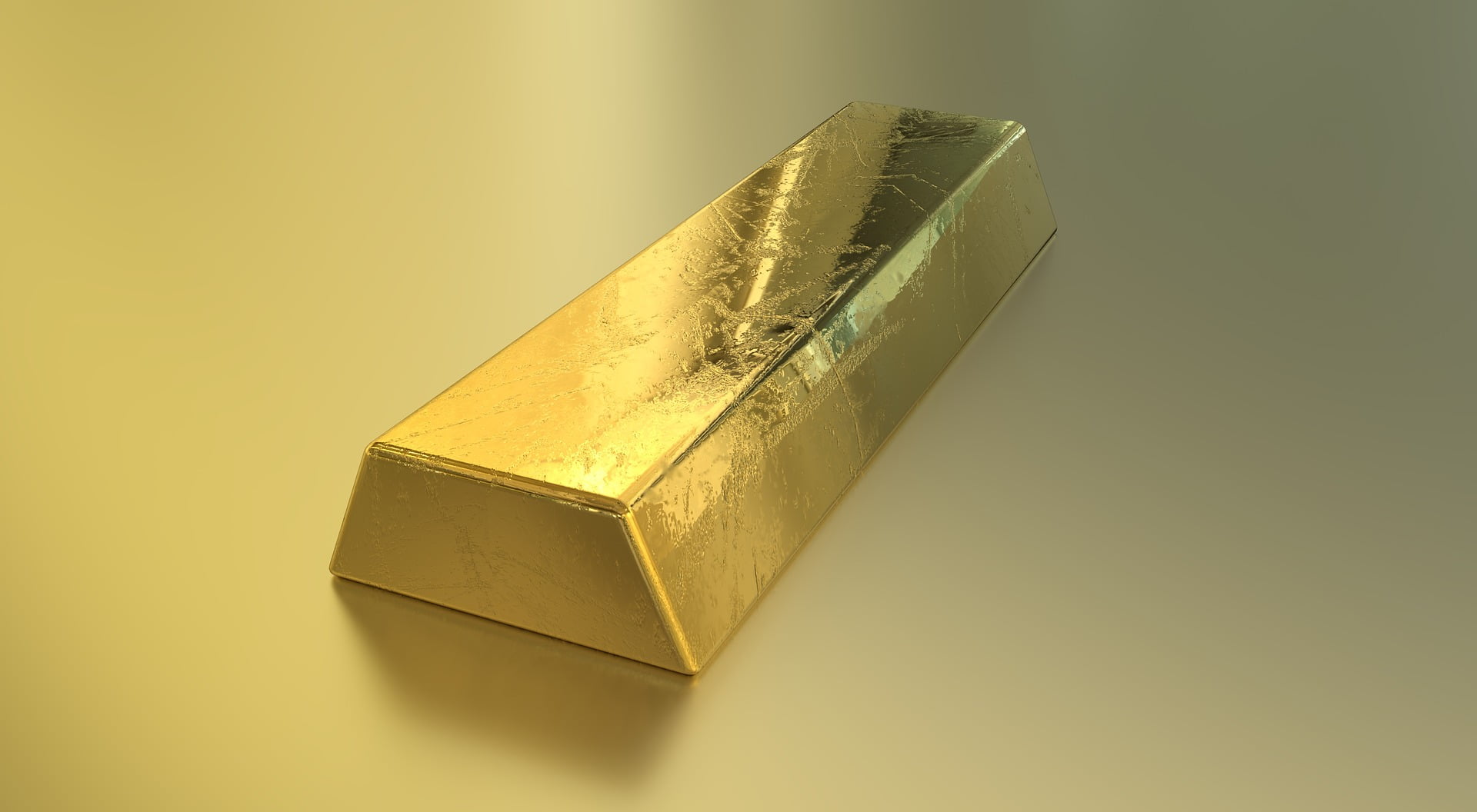 No sooner had the Fed cut rates than President Trump attacked China with further tariffs.

Even though Trump says the current trade talks between the US and China are “constructive” and that they are engaging in “positive dialogue,” as part of his tweetstorm yesterday afternoon he pushed in some light tariffs. 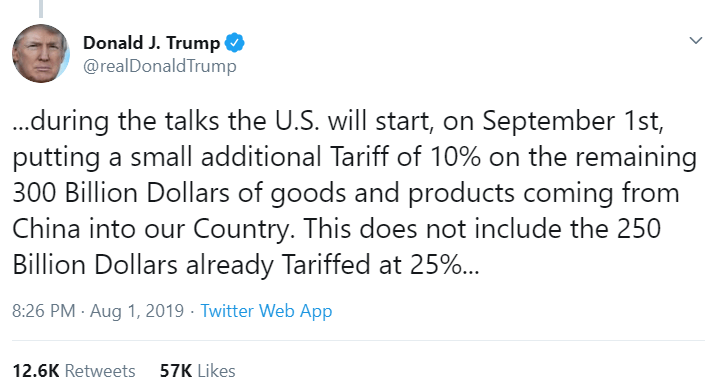 The markets didn’t like this very much and are going through a bit of a tariff tantrum today. We’ll check the charts below.

It’s also worth noting that the President has expressed his disdain for the Fed’s interest rate decision on Wednesday. Not because he thought they shouldn’t cut as many economists warned, but because they didn’t cut enough. He wanted more.

By attacking China with tariffs he’s basically trying to force the Fed to cut rates further or at least get the markets to do it for him.

Notice: I will be traveling on Monday and unable to write the daily market update. We’ll resume as usual on Tuesday, August 6th. If anybody in or around the greater Los Angeles area wants to meet, hit me up!!

Please note: All data, figures & graphs are valid as of August 2nd. All trading carries risk. Only risk capital you can afford to lose.

The first chart we need to look at puts things in perspective. Of course, I’m talking about the VIX volatility index, which is showing a spike.

As we can see, tensions are elevated in the markets right now, but in the grand scheme of things, this is still a controlled tumble. It’s not even the highest levels of the year and nowhere near the fear that markets were feeling in December when they felt the real possibility of two rate hikes in 2019.

The next group we want to see is the stock indexes. You can check out several different geographical indexes on your own time, but for the purpose of today’s note, we’ll use the S&P500.

After a brief stint above 3,000, it does appear that we’re getting a pullback. Of course, it’s entirely possible that the pullback is over, but I’m not buying it. For me, there’s a fair chance that we meet that 200 DMA again and even a real but less likely shot we test the lows of that December dip.

Obviously, this isn’t trading advice, but I’ve gone short now with leverage with about 7% of my portfolio. Stops and limits in place of course.

Gold was a crazy one as well. In yesterday’s webcast for premium and professional clients, I did do a few major adjustments to my portfolio and cutting my gold exposure was one of them. Don’t get me wrong, I’m still quite bullish but it seemed I’d overleveraged and needed to cut some risk.

My timing was obviously off though as gold had an incredible bounce hours after the broadcast and is by now testing the highs of $1,450 again.

Yeah… I have no clue on this one. Just expect volatility.

As we know the Non-farm payrolls announcement is usually pretty volatile as the United States releases its monthly job report.

Given recent action from the Fed and the White House, it will be extremely difficult to predict how the market will react to any given numbers. What we can say though, is that the further the outcome is from the forecast, the more volatility we can expect to see.

Even though correlation does not equal causation and we still don’t have enough data, it’s difficult to ignore the coincidence that bitcoin rose sharply in May and June while the US and China trade tensions were at their height. Today, once again we see the tension rising between the world’s two largest economies and Bitcoin is on a firm footing.

At the start of the week, we saw bitcoin bouncing nicely off support at $9,000 (yellow line) with strong volumes. We’re still way above the 200 day moving average (blue line) and my feeling is that we might need to test that again before a bull market can be confirmed.

For entertainment this weekend I wanted to share something that some of you may have already seen. It is kind of blowing up on crypto twitter. But if you haven’t seen it yet or want to watch it again, make sure to check out.

The Golden Debate – This debate has Pomp trying to convince famous gold bug Peter Schiff that bitcoin can be a viable store of value just like gold is.

It’s expertly hosted by CNBC’s Ran Neu Ner, who asks at the end, who won?

Well Ran, since you asked…

Peter won. If the goal was to convince Peter, it doesn’t seem like that happened. To be fair, it was probably an impossible goal to begin with though.

One place I thought Pomp could have strengthened was his closing argument. It seems he chose the FOMO approach but in debate terms, this is an easily refutable fallacy called Pascal’s Wager.

Example, saying that you should believe in G-d simply because if you don’t there will be consequences does not actually prove the existence of an almighty supreme being.

Pomp could have strengthened his argument by driving home the fact that Peter’s own website, in fact, accepts bitcoin.

Regardless of the fact that his website uses a middle-man service that accepts bitcoin and delivers him Dollars, Peter is still a contributing member of the Bitcoin network. By adding another place where people can spend bitcoin he’s inadvertently increasing the size of the network and with it the price of bitcoin.

Have an awesome weekend!!