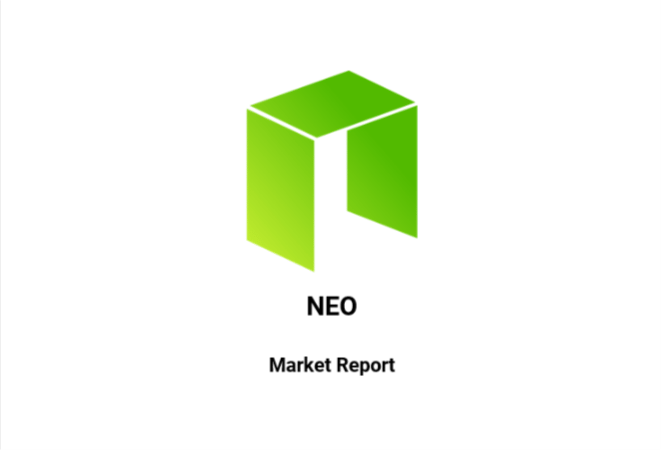 NEO, frequently nicknamed within the cryptocurrency community as The One,Ethereum ‘‘killer’’ or Chinese Ethereum, is a blockchain platform that implements digital assets, dApps and smart contracts, and tries to solve some scalability and regulatory issues of its competitors. With strong partnerships and support from the Asian cryptocurrency community, NEO is one of the most promising currencies in the crypto-assets space, with the ambitious goal of becoming the main “smart economy” of the world during the next few years.

“A word to the wise. All cryptocurrencies, including NEO, are still largely considered to be in the experimental stage and as such should be treated as high-risk assets. In any investment account, high-risk assets should only represent a small portion of your overall portfolio. That said, we hope you enjoy this market analysis. Feel free to contact us with any questions or feedback.”

NEO was introduced in 2014 under the name Antshares by China-based company Onchain, a blockchain-specialized company founded in 2014 by Da Hongfei and Erik Zhang. Two crowdsales in late 2015 provided the founding for the project. On these crowdsales, 17.5 million and 22.5 million NEO were sold for $550,000 and $4.5 million, respectively.

On 22nd June 2017, in an event at the Microsoft Headquarters in Beijing, the re-branding process from Antshares to NEO took place, what vastly increased the renown of the project that was soon to become one of the most prominent projects in the whole cryptocurrency sphere.

Ethereum changed the whole cryptocurrency sphere by introducing a new layer when compared to Bitcoin and developing a platform where smart contracts and other tokens and ICOs can be developed. In the case of Ethereum, smart contracts are written using special programming languages like Solidity. NEO, on the other hand, allows programmers to use a variety of already established languages making software development in the platform much more approachable.

The goal of NEO is to establish itself as the main smart economy of the world. A smart economy implements digitized physical assets whose ownership is stored and guaranteed by the blockchain. The NEO environment, and the different dApps built on top of it, allows users to identify themselves on the blockchain, store and trade digital assets or create decentralized organizations, among many other things.

The NEO network can be thought of as a two-tier system. All token holders are able to vote on the consensus nodes that will validate the network. These consensus nods will then be the ones that validate each block in the blockchain. These consensus nodes are identifiable, and can even be contacted if necessary. This makes the system different from the majority of the most popular blockchains, and especially attractive for regulation.

Even though the design of the system is delegated, an important criticism of NEO is that its implementation is very centralized. All nodes are currently owned by the NEO Foundation, but they will soon start to be run by relevant foundations, organizations and communities. All consensus nodes will also go through rigorous identification that could hold the owners legally liable.

Many argue that this system goes against the decentralization principles of blockchain technology, but it will make it easier for regulators and institutions to interact with the network, undoubtedly one of NEO’s main goals.

The equation of exchange can be used to estimate the actual valuation of a crypto asset when considering its use as a means of exchange. This equation is as follows:

A possible way to assess the transaction volume of the blockchain is to analyze the target market of the cryptoasset. In the case of NEO, ICOs and dApps are arguably the main addressable market. Although dApps will likely be the primary market in the future when cryptocurrencies are more stable, right now they are relatively small compared to ICOs.

ICOs raised 5 billion dollars in 2017 and this figure will likely increase in 2018. We will assume a total market of 10 billion dollars during 2018 and a 20% market share for the NEO blockchain. This would yield a transaction volume of 2 billion dollars.

Assuming a value of the velocity of 2 (an approximate value for similar blockchains like Ethereum), the value of the NEO network would be:

And, considering the total token supply of 100 million, this would yield a value per coin of approximately 10 dollars, considerably inferior to the actual market value. However, this simple model does not take into account the growth of the ICO and dApps markets in the future, as well as the transaction volume of other possible applications of NEO.

As stated before, smart contracts are a revolutionary concept that eliminates the need for a centralized third-party during the definition and enforcement of a contract. NEO in particular aims to make smart contracts more approachable, scalable and regulatory compliant.

The range of industries that can benefit from the implementation of smart contracts is vast. Some examples are:

All these applications and many others are made possible by the use of smart contracts and can be readily implemented on the NEO network. As stated before, NEO wants to focus on making the digitalization of assets efficient and compliant with regulatory institutions, with the goal of becoming the smart economy that will be trusted by institutions and organizations worldwide.

The team behind the development of the cryptocurrency is one of the first things cryptoassets investors research before taking investments decisions. This Section shows a brief overview of the major faces behind NEO. Onchain is the main company behind NEO. Their Distributed Network Architecture (DNA) system aims to become the main blockchain contractor in East Asia and uses NEO as its foundation. They have strong partnerships with companies like Alibaba and Microsoft.

Trading cryptocurrencies can potentially be very profitable as seen in the past, but it is also a very challenging activity that can carry a significant level of risk. Cryptocurrency markets are associated with high volatility, and NEO is no exception.

It is important to carefully assess your investment goals, methodology and level of experience before deciding to start investing in a new market. It is also extremely important to diversify and view cryptocurrency as an additional element of your portfolio. Given the high risk associated with this type of asset, it is recommended not to allocate more than 20% of your portfolio into cryptocurrencies. Given that the possibility to lose a part or even all the money invested exists, it is extremely important to invest only money that you can afford to lose.

In any case, all the information presented in this Market Report does not constitute financial advice, and introduces no obligation or recommendations for action.

NEO is experiencing a surge in the number of dApps developed for the platform that could bring the possibilities of the network closer to or even surpass Ethereum. For instance, some extremely popular platforms that have already proven successful on Ethereum are now being supported by the NEO Global Capital fund and might find some integration on the NEO network.

Native ICOs and dApps on the system are also flourishing. Some of the best examples are: These and many other projects, which implement their own NEO-compliant tokens, will give further utility to the blockchain and will likely bring more adoption and value to the NEO network.

The number of ICOs and projects described on the previous Section show the great potential of NEO in the future.

On January 2018, during the NEO DevCon, CEO Da Hongfei presented “NEO’s New Vision” and set up the objective to further scale up the platform and become the most important blockchain by 2020. If these ambitions are to become true, the room of growth for NEO is certainly huge.

Exhibit 1 shows the historical evolution of the NEO price since February 2017 (at around $0.12) until April 2018 (currently trading just short around $73). During the great cryptocurrency bull run of late 2017 and early 2018, NEO achieved an all time high price of $197. The subsequent bear market has brought the price down 76%, with the last few days bringing a bounce from the bottom.

NEO’s price follows quite closely the trends of Bitcoin, still the clear dominant asset in the space, although to a somewhat lesser extent than other cryptocurrencies. NEO has also shown a clear correlation with the price of Ethereum, which makes sense considering they are offering two quite similar products and are competing for the same sector within the cryptomarket. The correlations with Ethereum and especially Bitcoin become more acute during bear markets.

Exhibit 2 shows the major bull and bear markets experienced by NEO since February 2017. With the exception of the initial bull run that raised the price almost a hundred times from the initial $0.12, the two subsequent bull markets raised the price between 6 and 7 times in a very short period of time, between 2 and 5 weeks. These sudden and extremely rapid increases in value are a pattern very typical in cryptocurrencies that is generally not seen in other types of assets.

By comparison, bear markets following these quick upside movements have been significantly slower, following a more “bleeding out” pattern, though also fast when compared to major corrections in the stock market for example. The current bear market since the All-Time High prices in January has been particularly devastating, with NEO falling back to the prices of Summer 2017.

The last few days have shown a relief of this correction, although as seen on Exhibit 3 the high values of the Relative Strength Index (RSI) indicator could suggest that NEO is slightly overbought right now. The whole cryptocurrency market is currently longing for a bull-run driven by Bitcoin, but any fundamental developments on the space (whether positive or negative) could drive the trend of the following months.