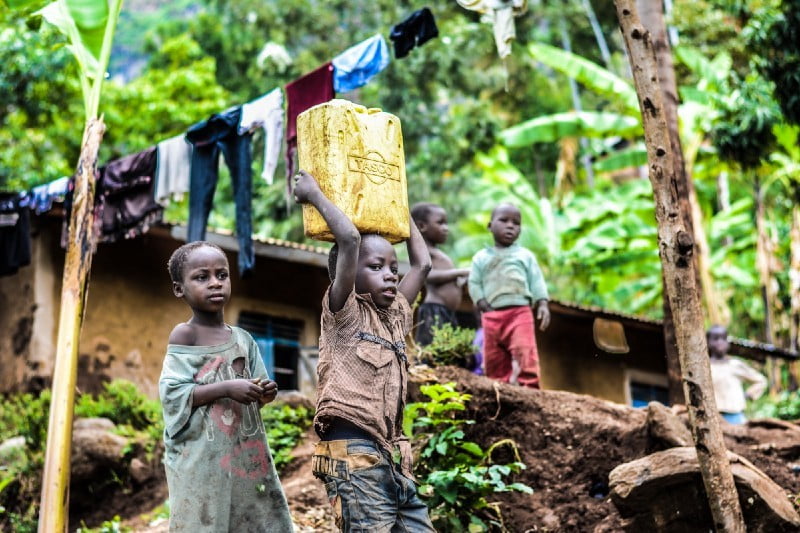 Carrying the can: it is no fault of the poorest 3.8 billion people on the planet that global wealth is becoming more regressive — but to redress the balance new thinking is needed.

The global wealth inequality gap is widening, according to Oxfam. To coincide with the start of the World Economic Forum 2019 in the Swiss ski resort of Davos on January 21, the development charity published its annual report on the state of the world’s economy.

The headline-grabbing finding from the research was that 26 of the richest people on the planet own as much, in terms of assets, as the 3.8 billion people that comprise the poorest half of the globe’s population.

This time last year the figure released by Oxfam was that the wealthiest 42 people owned as much as the poorest 3.7 billion. That statistic is used on the landing page for GoodDollar, a research hub that explores how decentralised cryptocurrencies and blockchain technology may enable models based on universal basic income (UBI) with the central aim of reducing global wealth inequality. 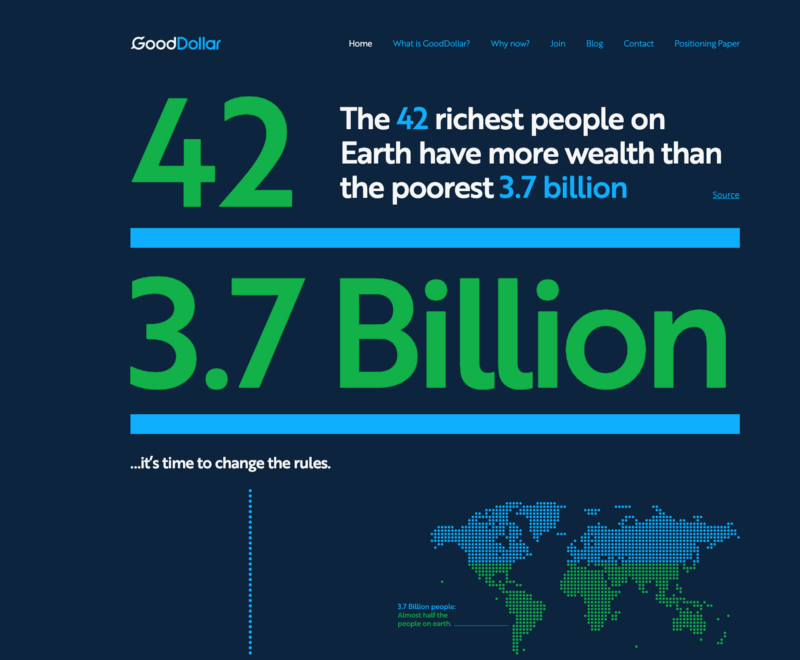 The figure needs updating, to reflect the worsening situation, alas. As Oxfam’s 2019 report summary states: “Our economy is broken, with hundreds of millions of people living in extreme poverty while huge rewards go to those at the very top.

“The number of billionaires has doubled since the financial crisis and their fortunes grow by $2.5 billion a day, yet the super-rich and corporations are paying lower rates of tax than they have in decades.

The accompanying press release points out: “Billionaire fortunes increased by 12 percent last year … while the 3.8 billion people who make up the poorest half of humanity saw their wealth decline by 11 percent.”

The report promotes the urgent need for a new system. “We need to transform our economies to deliver universal health, education and other public services.”

At GoodDollar, we believe blockchain-powered UBI is the right tool to help fix what the report calls “inequality at home [with] developed nations currently failing to meet their overseas aid commitments [that] could raise the missing billions needed to tackle extreme poverty in the poorest countries by increasing taxes on extreme wealth”.

Simply put, a new decentralised mechanism is critical to tackling wealth inequality — and sooner rather than later, with many economists predicting another global financial crisis before long.

If the wealth transfer from the rich countries to the poor ones is operated by governments and authorities in individual countries, with their own interests at heart, then this approach is likely to finance the public administration in the rich countries and corrupt regimes in the poorer nations. Very little will arrive at its destination.

“Upwards of 30 percent of funds allocated to humanitarian aid is lost to corruption,” points out Ira Ryk-Lakhman, GoodDollar’s General Counsel, in a recent guest article on Cointelligence. “This is mind-blowing. Other estimates calculate that over 80 percent of the funding that is allocated for charities does not make it to the final beneficiaries.”

A new way of thinking is needed to right the balance; GoodDollar and other decentralised, blockchain-backed UBI programmes should be explored. For instance, GoodDollar, once established, will cut out the middleman — in this case a government or custodial authority — and hand funds directly from the rich to the poor.

We believe that with the right decentralised tool the very rich people will be willing to donate more of their funds if they know it is destined for the right cause, rather than for a new tax that they will always find a way to avoid. Change has to come, and together we can narrow the wealth inequality gap.

Do you have the skills to help the GoodDollar project? We need builders, scientists and experts in identity, privacy, and financial governance, as well as philanthropists and ambassadors. Contact us at[email protected], via our social media channels (Twitter andTelegram), join the OpenUBI movement, or visit our GitHub page.