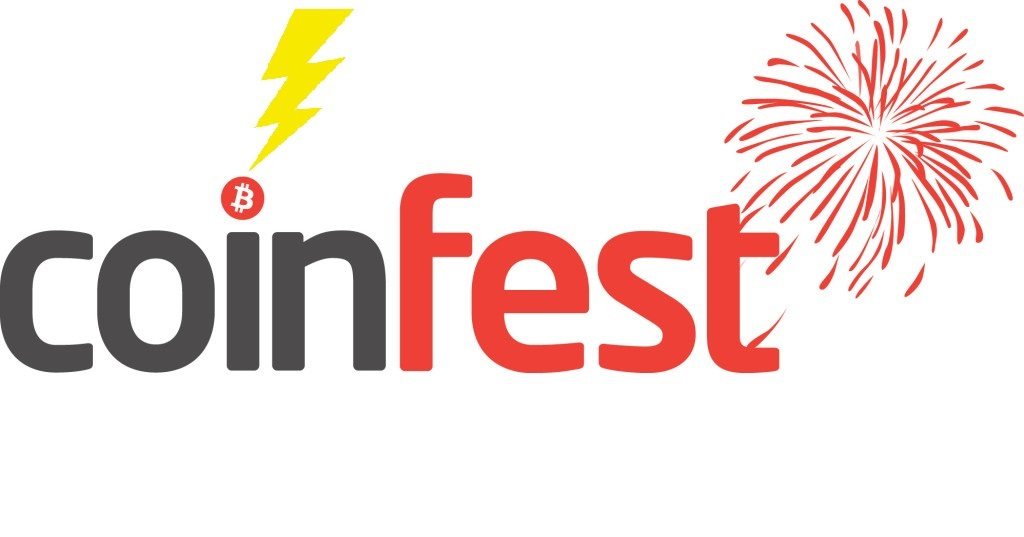 It’s that time of year, again, when cities around the world unite in celebration of cryptocurrency. Part convention, part holiday, CoinFest is a decentralized and open source event in which anybody can participate. Organizers need only abide its core protocol, which is that events be free to attend and held at venues that accept cryptocurrency (at least during CoinFest).

The CoinFest organization itself cannot wield fiat, nor can any signatories to its multi-signature wallet in their roles as CoinFest organizers. Donations to CoinFest Global are managed in this way, but all CoinFest organizers are encouraged to seek sponsors for their local events independently. CoinFest is open source and charges no licensing fees, only asking that all organizers operate as volunteers.

While the mainstream media has been highlighting recent losses, most of CoinFest 2018’s funding came by saving from last year, when Bitcoin was worth less than $1,200. This 500% increase was bolstered by an early and generous donation from TurnKey, a 2018 Global Sponsor that provides open source software. This includes a Bitcoin wallet that can be written to CD-ROMs and USB sticks for cold storage of funds.

CoinFest also gained a substantial windfall from the Bitcoin Cash fork, which required a revamp of the Transparency System. It is now integrated with Ethereum, as well, thanks to a recent sponsorship from Quantstamp. Their distributed protocol audits smart contracts to find security vulnerabilities before they’re exploited, which is increasingly important as more and more money is held by blockchain-based entities.

As usual, the International Hangout—wherein projectors and webcams are set up at multiple events for distributed presentations—will be a major component, with 6 hours of discussion in 3 cities. There will also be livestreams out of the majority of participating events for those unable to attend in person, and a radio broadcast in Texas by the renowned Crypto Show which all CoinFest organizers are free to join.

Unlike last year, however, the Lightning Network is now up and running. After a long dark period of exorbitant transaction fees, this has brought new life to the merchant adoption movement (a founding principle of CoinFest). Presentations explaining what it is and how it works will be given around the world, and in Vancouver they will be installing it at merchants around downtown using the Bitcoin Co-op’s CoinOS app. Others are encouraged to do the same!

The activities themselves in Vancouver will include gatherings at Lightning-enabled cafes and bars, in addition to a panel discussion on merchant adoption. There will also be larger convention-style gatherings at the offices of two prominent local cryptocurrency companies, which will have free Bitcoin beer from the Lightning-enabled brewery and a Bitcoin food truck waiting outside.

The biggest event will again be CoinFest UK in Manchester, however, with over 700 RSVPs. Founder Adam Rizvi has taken an increasingly prominent role in the CoinFest organization since surpassing CoinFest Vancouver in size, and has been an inspiration to new CoinFest organizers around the world.

Their event will be held at the Manchester Conference Centre for three days. It will include presentations, panels, and live crypto music in a tightly-packed schedule. There will also be several workshops and a plethora of exhibition booths in separate areas, with highlights include including an art gallery, raffle, and ticket “hodler” machine. Don’t forget the Bitcoin (themed) forks!

The Netherlands will also be a hotspot of acitivty, again, as it has been for cryptocurrency in general. Bitcoin Wednesday is leading the way in Amsterdam with over 200 RSVPs for what may be their biggest event ever. Their usual reception dinner is now free to attend, and there will be optional ticketed activities—such as a scenic Crypto Canal Cruise—for those with a few bits to spare.

Also returning this year is Arnhem Bitcoinstad, also known as the Bitcoin City. There lies a little Dutch district where all the merchants are experimenting with Bitcoin and the traditions of CoinFest are deep-rooted. They’ll be having a Meetup at a restaurant to discuss the importance of Bitcoin adoption, as well as tune into the International Hangout with Vancouver and Manchester.

CoinFest Irvine in California is expecting at least 100 attendees this year under the tutelage of long-time volunteer Tim Tayshun. His company Blockchain BTM is getting together with sponsor BlockSafe to provide free food and entertainment, presentations, a Bitcoin ATM demonstration, and of course the Wheel of Bitcoin. The highlight, though, may be the “speed dating” event for matching investors, founders and developers.

Down south near Valdivia, Chile, construction is still ongoing on Fort Galt, a community designed for entrepreneurs to work without restriction. It will host a Cryptacademy to educate locals about cryptocurrency, and as a preliminary effort, they are holding CoinFest at a hotel in the city. It will include a panel, networking afterparty, and competition (with crypto prize) to put up Bitcoin stickers around town and take the best selfie.

CoinFest has always been particularly popular in Africa, where the grant funding goes a long way. The most high-profile event there in 2018 will be hosted by CoinFest Nigeria in Abuja, where multiple speakers are flying in to educate the locals about the opportunities presented by blockchain technology.

Botswana and Sierra Leone will be active again, as well. CoinFest Botswana—hosted at Satoshi Centre—will consist of a start-up competition with $500 in Bitcoin going to the best idea. CoinFest Sierra Leone will be held at Sensi, a Tech Hub in the capital where they will have multiple presentations. Locals there just experienced the world’s first blockchain-based election and are increasingly curious about how it works.

CoinFest brings crypto cheer to people of all backgrounds around the world, and anyone is welcome to participate. If you’re too busy this year, we hope you’ll remember to cross it off on your calendar next time!

Tags: AfricabitcoinblockchainconferenceconventioncryptocurrencyeventsLightning networkManchesternetherlandsvancouver
Tweet123Share196ShareSend
BitStarz Player Lands $2,459,124 Record Win! Could you be next big winner? Win up to $1,000,000 in One Spin at CryptoSlots

Tomorrow, The Community Will Buy $30 In BTC To Support El Salvador’s Bitcoin Law