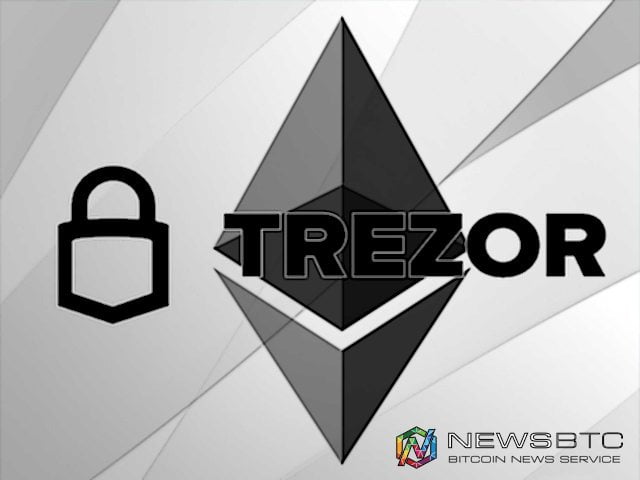 Trezor, the hardware Bitcoin wallet from SatoshiLabs will soon allow users to store ether in it as well. The latest news snippet is making rounds on the internet communities. The claims about Trezor extending support to ether is also backed by the respective source code for the hardware wallet which is available on the device’s GitHub repository.

Ethereum is probably the next best thing that ever happened to the cryptocurrency industry. As the demand for ether, the crypto tokens used on the Ethereum network increases, many exchanges, and trading platforms have already included the digital currency. The inclusion of ether was initially a market-driven decision, influenced by customers who have been asking the well-known digital currency platforms to enable Ethereum trading. However, the Ethereum movement has been a bit slow to catch up in the hardware sector.

By including Ethereum support on Trezor, Satoshi Labs – the company behind Trezor may as well be the first hardware wallet provider to create wallets that support ether. Going by the available information, those interested in using a hardware wallet for their ether stash can readily do so in the coming days by just buying a new Trezor wallet. At the same time, existing owners of Trezor don’t have to worry about Ethereum support on their hardware wallet as it is highly likely that the company will support these devices through a firmware update. Meaning, if you own a Trezor wallet already and use ether as well, then you better hold on to that piece of hardware until it receives a firmware upgrade which will make it ether compatible.

Even though the source code for Ethereum support is available on the company’s GitHub profile, there is no information about its actual implementation available yet. Without the concrete information, it is hard to come up with a definitive timeline for the launch of the new firmware.

SatoshiLabs is a Prague, Czech-based innovative cryptocurrency company which is involved in the development of products and tools that are helpful for the cryptocurrency community. Being one of their products, Trezor is definitely a very handy and secure tool for storing bitcoins without having to worry about losing funds to hackers and other cyber criminals. Now with Ethereum integration, Trezor just became a much handier tool that it was before and we just have to wait until the release of its latest firmware to support multicoin transactions before loading Ethereum into it.

BitStarz Player Lands $2,459,124 Record Win! Could you be next big winner?
Tags: bitcoinBitcoin NewsBlockchain TechnologyEtherGithubNewssatoshilabstrezorwallet
Tweet123Share196ShareSend
Win up to $1,000,000 in One Spin at CryptoSlots

Algorand Price Slowly Moved Up, Will The Bulls Stick Around?