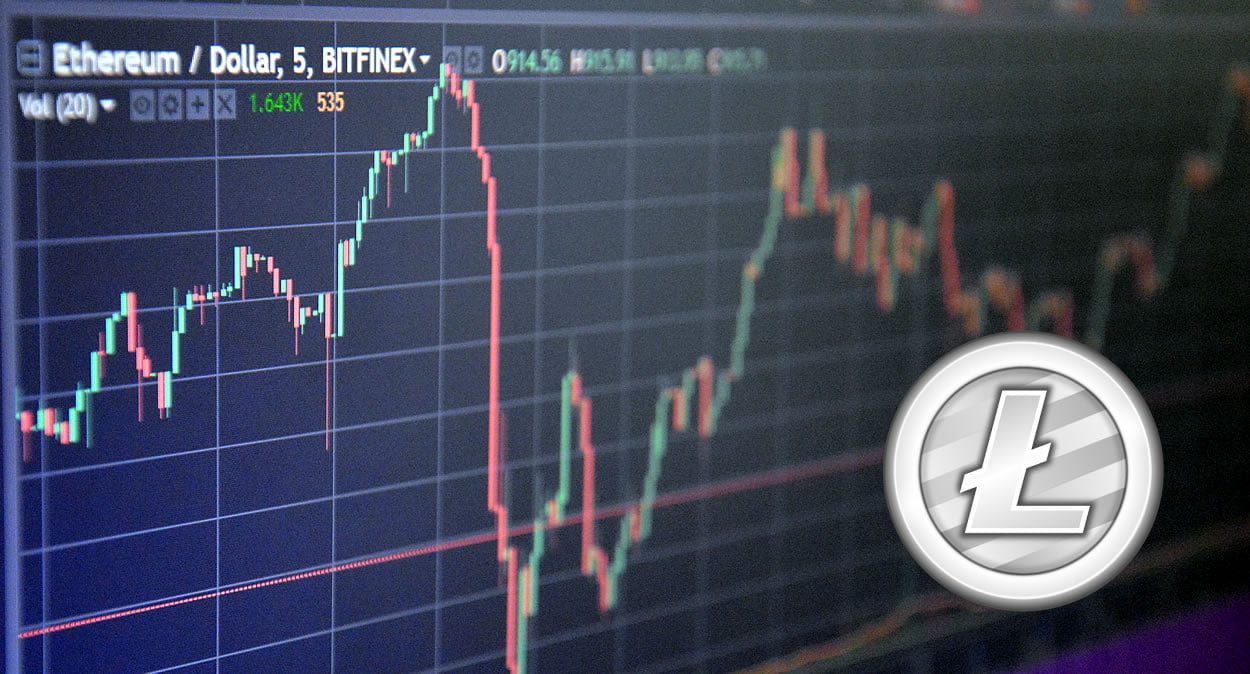 Entering the weekend crypto markets have remained bullish and are continuing to climb. Total market capitalization has crossed $450 billion and is marching upwards for the time being. Bitcoin has crept towards the critical $10k barrier but has failed to break it rising 2% on the day to trade at $9,800. Altcoins are largely mixed during Asian trade this morning with most of the top ten in the green but many of the others retracting slightly. One showing the biggest gains in the top 25 at the moment is Litecoin.

LTC is rarely featured as the top performing coin of the day as it is a relatively slow mover compared to some of the others. Coinmarketcap however is reporting an 8.5% rise for Litecoin which has enabled it to retake sixth spot in the market cap charts from Cardano. Currently Litecoin is trading at $172, up from $158 this time yesterday. A couple of clear ‘steps’ can be seen in the chart where LTC has pumped in the past 24 hours. Over the week Litecoin has made a 16% gain from $148 this time last weekend. The monthly picture has shown steady gains but nowhere near that of other altcoins. LTC is currently 43% higher than its $120 level this time last month. Against BTC Litecoin has lifted 6% at 1750000 satoshis from just over 1645000 sats this time yesterday. Over the week gains against Bitcoin have been around 7.5% from 1628000 satoshis this time last week.

Rumours that founder Charlie Lee will be leaving the Litecoin team for the sake of decentralization have been floating around the crypto sphere. This followed a conversation on Twitter during which Lee said that he would eventually leave Litecoin but gave no time frame. His actions can be seen to be in the interest of the coin which, without a leader or controlling figure, could become truly decentralized. Other news that crypto-debit card provider Wirex has just added Litecoin support would have further lifted the coin.

Most of the action at the moment has been on Hong Kong exchange OKEx which has almost 30% of the total Litecoin volume. Daily trade volume has been pretty stable and is currently around $660 million. Market cap has increased 9% over the past 24 hours and is currently at $9.7 billion however LTC still has a long way to go to catch EOS in fifth with over $15 billion.

Total market capitalization for all cryptocurrencies has climbed once again and is up 3.1% on the day to $464 billion signaling that the uptrend has been solidified and recovering is in full swing. Other altcoins posting solid gains during the morning’s Asian trading session include Bitcoin Cash, VeChain, and Aeternity.

Tags: Asian trading sessioncharlie leeFOMOFOMO momentsLitecoinltc
TweetShare
BitStarz Player Lands $2,459,124 Record Win! Could you be next big winner? Win up to $1,000,000 in One Spin at CryptoSlots