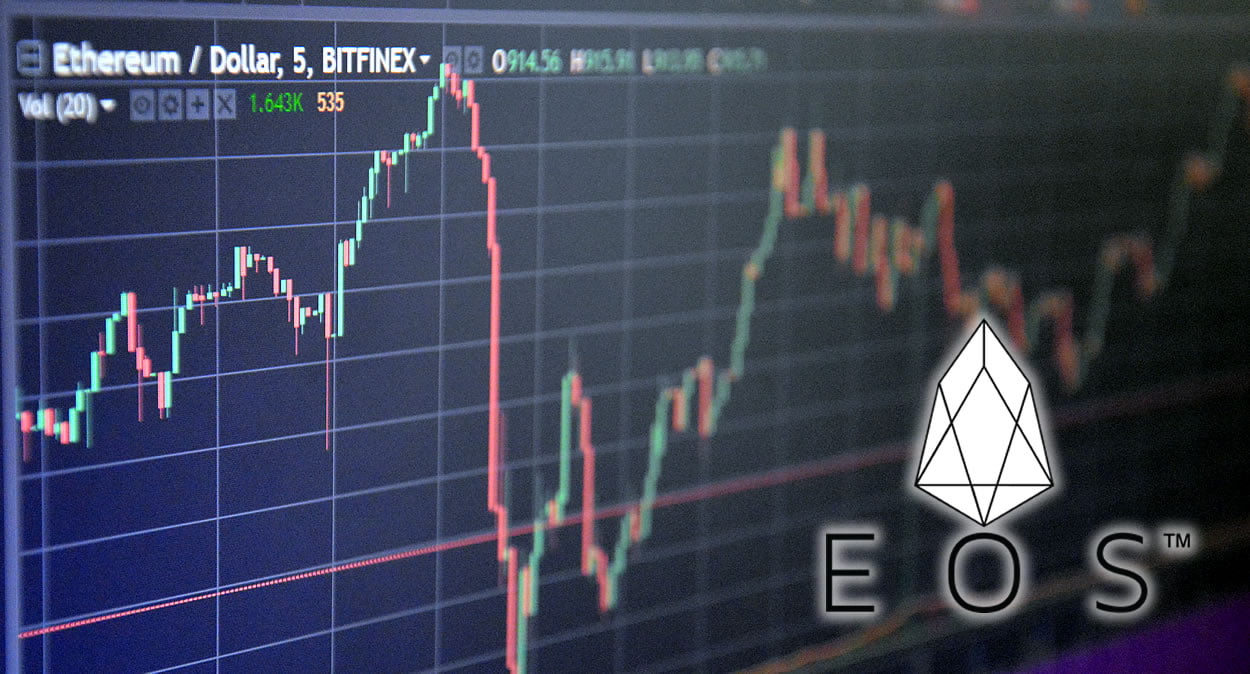 The weekend has been very sideways for crypto markets which are already down again. Since last Monday they have fallen 16% shedding $65 billion in the process. There has been no positive momentum to indicate a rebound and bearish sentiment is still present. Bitcoin’s failure to make any gains has seen it fall back below $7,400 and drag everything else down with it. There is a broad mix of red and green on the boards today indicating little action in either direction over the past 24 hours. Looking at the top 25 only EOS has made small gains above the rest.

Coinmarketcap is currently showing a 5% gain on EOS which makes it the best performing altcoin in the top 25 during Asian trade this morning. Currently trading at $12.90 EOS is up from around $12.25 this time yesterday, over the weekend it has made a steady 7.5% while others have all lost however over the past seven days EOS has actually declined 8% from just over $14 this time last Monday. On the month it has fallen even further from over $19 this time last month resulting in a 34% loss. Against Bitcoin, which has had a bad weekend, EOS has gained 4% to 174800 satoshis. A gain of 6.7% has been measured trading against BTC over the past week from 164000 satoshis this time last Monday.

Mainnet launch is the topic of conversation for EOS and the only thing that is keeping it marginally above the other altcoins in terms of percentage gains or losses over the past few days. EOS will separate from the Ethereum network on June 1 and become its own vote-based nodal network. Many new projects working on EOS will be offering airdrops as an alternative way to get tokens out into the community while keeping a few back for themselves to fund the project. Binance has just added EOS/BNB and EOS/USDT trading pairs which will also help the upward momentum.

Once again Southeast Asia has been dominating trade with OKEx, Bithumb, Binance, Huobi and Upbit taking most of it, with large amounts in KRW. Trade volume has fallen back a little over the past 24 hours by 10% to just over a billion dollars. Market cap is currently $11.4 billion which is almost double the next closest contender, Litecoin in 6th spot.

Crypto market total capitalization is currently at $328 billion which is roughly the same level it was at this time yesterday. Trade volume is around $13 billion and the line has been flat since Wednesday last week. The bears seem to be in control at the moment but a recovery is still possible. All other altcoins have been pretty sideways for the past 24 hours, outside the top 25 Bytom has climbed 6% and Bitcoin Diamond has made a quick spurt.