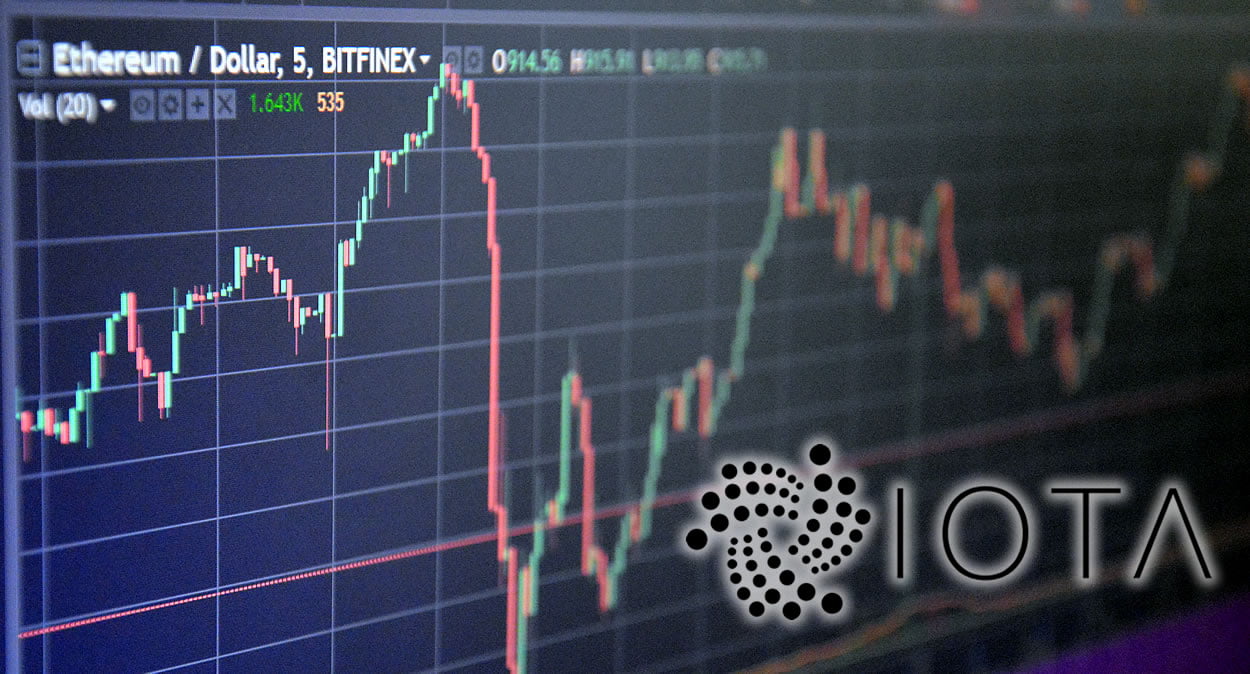 After a somewhat tumultuous week we end it with markets recovering slightly, but not in bullish territory just yet. Crypto markets have rallied from the monthly low on Tuesday of just over $300 billion but it has been a weak rally. Bitcoin has struggled to gain momentum today and is hovering around $7,570 where it was this time yesterday. Altcoins are a mixed bunch this Friday following trading in Asia, some are flat, some are still falling and one or two are climbing at the moment. The top coin as Asian trading comes to the end of the working week is Iota.

Coinmarketcap is showing a 10% climb for Iota over the past 24 hours putting it ahead of all other altcoins in the top 25. Currently trading at $1.87 Iota is up from $1.68 this time yesterday, it is the only cryptocurrency in double figures at the moment. On the week Iota has had a reasonable time, increasing over 22% from $1.52 this time last Friday. Iota ends the month pretty much where it started it with a monthly high of $2.66 and a low of $1.35. Against Bitcoin Iota is up 9% to 24600 satoshis from 22200 sats this time yesterday. Over the past seven days this altcoin has made 21% on BTC from 21300 satoshis this time last week.

This Internet of Things based altcoin has had a tough year with security breaches and a big fall from its all-time high of $5.70 in January. It has been due some good news and that finally came with the announcement of collaboration with Norway’s largest bank.

The IOTA Foundation and Norway's biggest bank DNB teams up to explore the potential of Economy of Things and myDatahttps://t.co/y48a3525KH#IOTA #DNB

DNB ASA, Norway’s largest financial services group, has signed a MoU with the Iota Foundation to ‘explore the new digital innovation landscape made possible by the Iota Tangle technology.’ The news lifted momentum for Iota which has been in steady decline for several months.

Trade has been dominated in USD on Bitfinex today which has 35% of the total volume. Binance takes second place with over just 25% of the Iota trade. Volume has increased from $97 million to $145 million over the past 24 hours and is rising at the moment. Market cap for Iota currently stands at $5.2 billion positioning it at 9th on the charts, just behind Stellar.

Total crypto market capitalization is up just about 1 percent on the day, sitting at around $335 billion. Trade volume has remained steady at around $16 billion and we end this week pretty much at the same level that things were last Friday. Consequently there has been very little movement amongst the rest of the altcoins but the few that have been performing reasonably well include Cardano up 4.5%, Nem up 5.5% and Ontology up 8%.

More on Iota can be found here: https://iota.org/

Tags: Asian trading sessiondnbFOMOFOMO momentsIoTIOTA
TweetShare
BitStarz Player Lands $2,459,124 Record Win! Could you be next big winner? Win up to $1,000,000 in One Spin at CryptoSlots