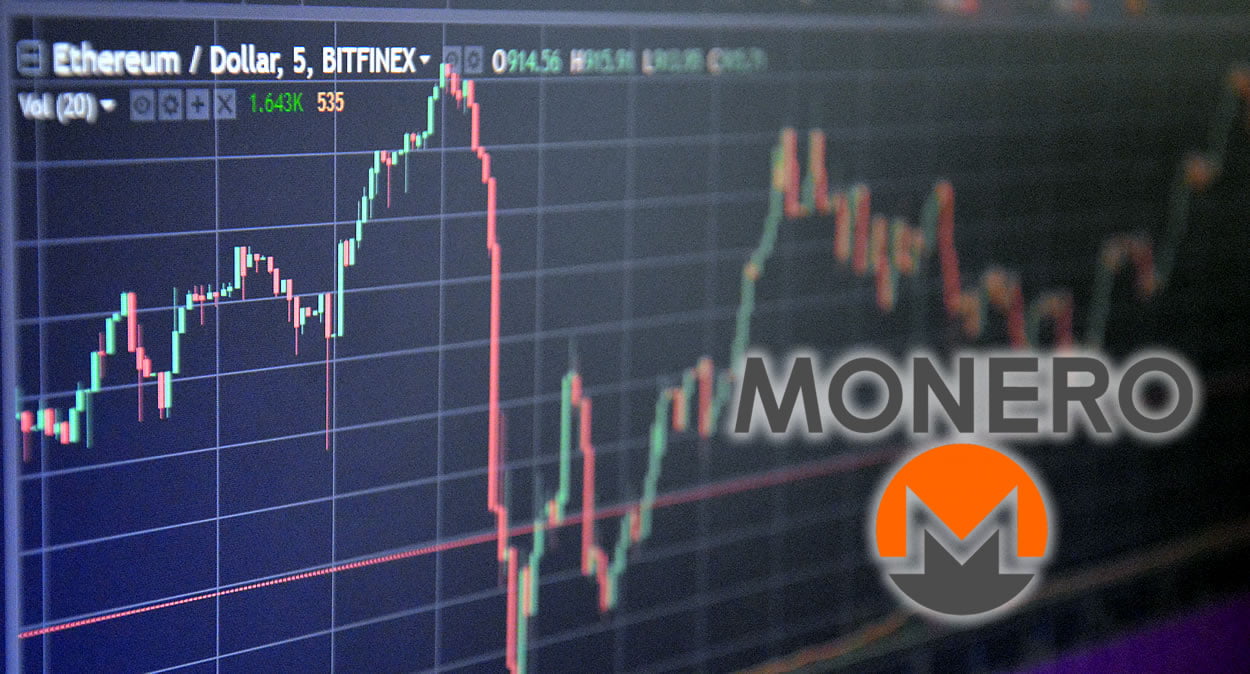 As we roll into the weekend markets have gone predictably red once again. Bitcoin is up a couple of percent but most of the altcoins are sliding during the morning trading session in Asia. One however stands out from the rest and today the leading altcoin is Monero.

Coinmarketcap reports that XMR is up over 15% today. From a trading level of around $320 yesterday the anonymous private altcoin has jumped to $372 today. Monero has been one of the better performing cryptocurrencies during February, rising 11% when most other coins have fallen. Looking at the weekly picture XMR is up 37% and continues to climb.

The price hike is likely due to an upcoming hard fork and airdrop around March 14. MoneroV will be spawned and holders of Monero will get a 10x bonus of XMV tokens. It has now become a regular pattern that the lead up to forks or airdrops significantly boosts the price of the cryptocurrency in question. Monero is likely to continue upwards, breaking $400 again in a few days. It has been pretty stable when other coins have pumped and dumped and reached an all-time high of $490 during the early January spike.

Monero is traded across all exchanges, the top three being Bithumb, Bitfinex and Binance. Market capacity currently stands at $5.8 billion putting this altcoin just in the top ten at ninth. Around $218 million has been traded in the past 24 hours.

Litecoin is the only other altcoins in the green in the top 25 this morning. A few outside the chart include Steem, Stratis and Ark. All others have fallen slightly.

More on Monero can be found here: https://getmonero.org/

Tags: Asian trading sessionFOMOFOMO momentsmoneroMoneroVXMRXMV
Tweet123Share196ShareSend
BitStarz Player Lands $2,459,124 Record Win! Could you be next big winner? Win up to $1,000,000 in One Spin at CryptoSlots