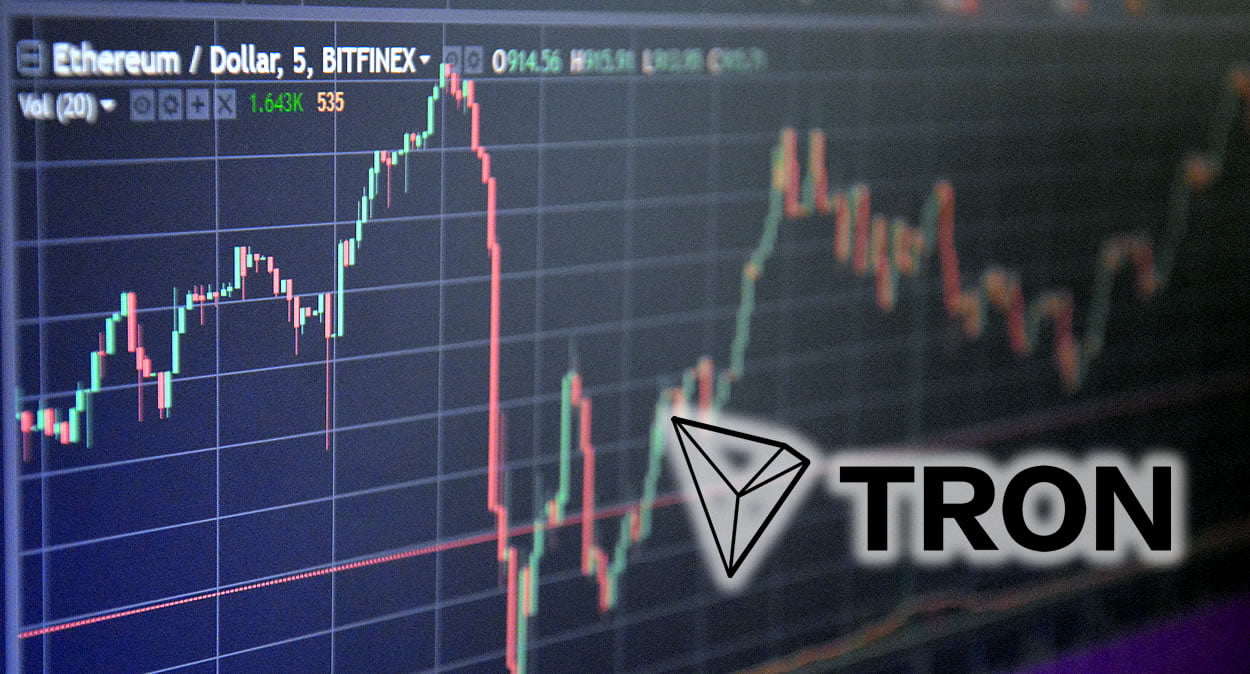 The markets have been a mixed bag during this morning’s Asian trading session. They are mostly up though as traders stock up for the weekend. Bitcoin has rallied by 6.5% despite the SEC’s investigation into US ICOs yesterday. Altcoins have made marginal gains but as usual we see one that is racing away from the rest and today it is Tron.

Coinmarketcap has TRX trading 25% higher on the day. Trading at $0.042 this time yesterday the altcoin made a couple of jumps a few hours ago to propel its price up to $0.056. While this doesn’t sound a lot, percentage wise it is significant which makes it today’s leading cryptocurrency. Tron has had a tough year, in classic pump and dump formation it spiked to a high of $0.26 in early January but like a lot of the other high supply coins has fallen back since then.

Founder, Justin Sun, has been lambasted on social media for his frequent partnership announcements in an effort to shill the coin. The entertainment’s based altcoin has made a few partnerships however but none large enough to raise the price anywhere near to its fomo inspired all-time highs back at the beginning of the year. This current pump has been caused by Bittrex which announced that TRX would be listed on the exchange.

Starting now, $TRX is available for trading on the #BittrexExchange.

The majority of TRX is currently traded on Binance which has 56%, second is Chinese exchange Huobi. TRX has fallen from number six in the market cap charts down to 14 with a cap of $3.5 billion. The supply stands at 100 billion with 65 billion circulating, 24 hour trade volume has been $475 million.

Other altcoins enjoying double digit increases during the Asian trading session this morning are Monero, Lisk and Verge.