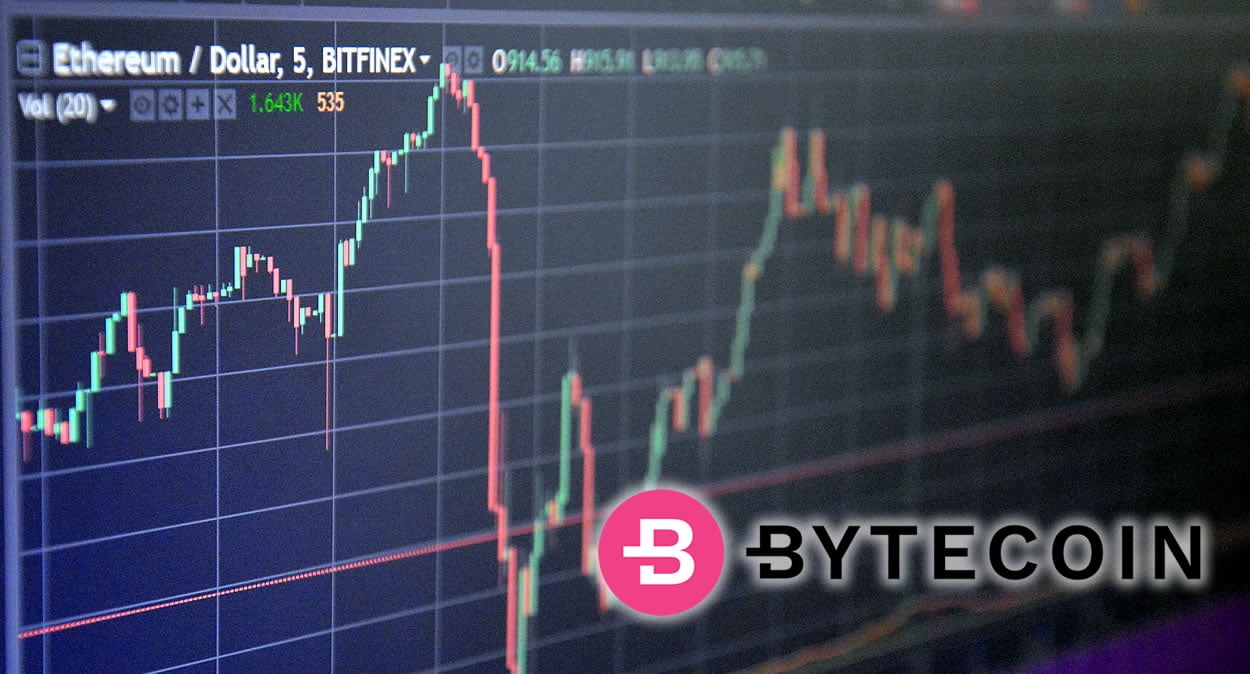 The weekend witnessed more bearish pressure as the selloff continued. Total market capitalization has dipped below $400 billion but has recovered a little during Asian trade this Monday morning. There has been a very slight rebound but Bitcoin is currently trading level on the day at $8,450. This has not been enough to pull the altcoins out of their dips and many of them are still in the red at the moment. There are a few trading higher and one with the largest gains against the rest is Bytecoin.

Coinmarketcap reports that Bytecoin is currently trading 25% higher than the same time yesterday. BCN surged into the top 25 last week when it was listed on Binance but there were concerns about the monumental pump and dump which followed. The altcoin is currently trading at $0.011 which is comfortably higher than the $0.009 level yesterday. Over the week Bytecoin has been lifted by 60% from $0.0068 this time last Monday before the spike. The monthly picture is very positive with gains of over 250%. Measured against Bitcoin, BCN has made 24% on the day to 133 satoshis from 107 sats this time yesterday. Weekly gains are around 77% as BCN has climbed from 74 satoshis this time last Monday.

There were a lot of issues when the Binance listing occurred and the network came to a halt. Bytecoin made some effort to explain this last week in a Medium post;

“Due to the large amount of miners who were using the old software a bug appeared in the network consensus. That bug was the cause of the network’s instability. We’d like to say a huge apology to all the Binance users who were faced with Bytecoin’s network issues.”

Binance has since re-enabled deposits and withdrawals of BCN which could be driving current momentum. It currently handles around 84% of the total trade volume which stands at $141 million at the time of writing. Volume for this altcoin is up 240% over the past 24 hours, this has pushed its market capitalization over $2 billion. Bytecoin sits at 17th spot in the charts which is now above Ethereum Classic, Icon and Qtum.

Total crypto market cap has gained a marginal 1.3% over the past day but the downtrend has now formed and it seems to be falling further. Currently levels are around $390 billion and Bitcoin dominance is climbing once again. Other altcoins showing gains of over 5% during the morning’s Asian trading session include Nem, Lisk and Ontology.

More on Bytecoin can be found here: https://bytecoin.org/