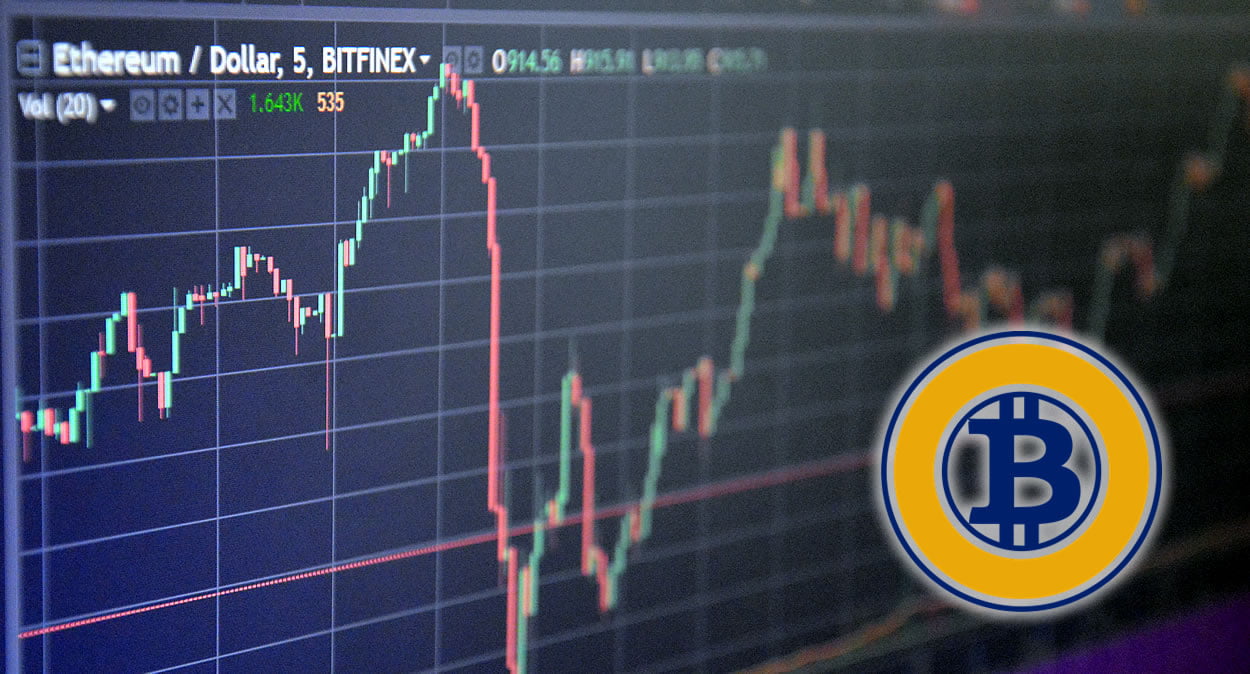 Crypto markets are still looking strong this morning as buyers dominate during Asian trading. The total market capitalization surpassed $400 billion for the first time in over six weeks yesterday and has continued higher today. Bitcoin is still bullish and has moved above $9,000 to trade up 3.6% on the day at $9,170 at the time of writing. Altcoins have been leading the charge this time around and are largely in the green at the moment, the one running away with it today is Bitcoin Gold.

For the second day Coinmarketcap is reporting that a forked version of Bitcoin is the top performing cryptocurrency. BTG is up 29% on the day according to the analytics website and is trading at $87 from $68 this time yesterday. Volume has jumped significantly in the past 24 hours from $30 million to $178 million. Over the week Bitcoin Gold has gained an impressive 72% from $51 this time last Tuesday. The monthly picture displays a similar gain as this coin was trading at around $60 this time last month. Against its big brother BTG is up 24% on the day at almost 951000 satoshis from 772000 sats this time yesterday. On the week BTG has gained almost 50% against BTC from 643000 satoshis the same time last week.

Looking at the charts there have been two spikes in the last 24 hours suggesting that momentum may have been driven by a few big players. Bitcoin Gold was viewed as a ‘friendly fork’ from Bitcoin unlike its nemesis Bitcoin Cash which is also doing very well this morning. Holders of BTC also were awarded BTG so it stands to reason that the Bitcoin whales can easily influence the price of this altcoin.

South Koreans are currently dominating the Bitcoin Gold trade in their own currency, KRW. Upbit and Bithumb share almost 50% of the total trade volume at the moment, and Binance is third with nearly 20%. Market capacity for BTG is now at $1.48 billion which has moved it above Lisk, Verge, and Zcash to 22nd position.

Total market cap for all cryptos has increased once again this morning during Asian trading by 5.6% to $416 billion, the highest it has been since March 7. Another Bitcoin fork is also doing well today and that is Bitcoin Cash which is up almost 18% to $1,540. A few other altcoins are also looking strong at the moment and these are EOS, Dash, Tron, Ethereum Classic, and Icon.

More on Bitcoin Gold can be found here: https://bitcoingold.org/