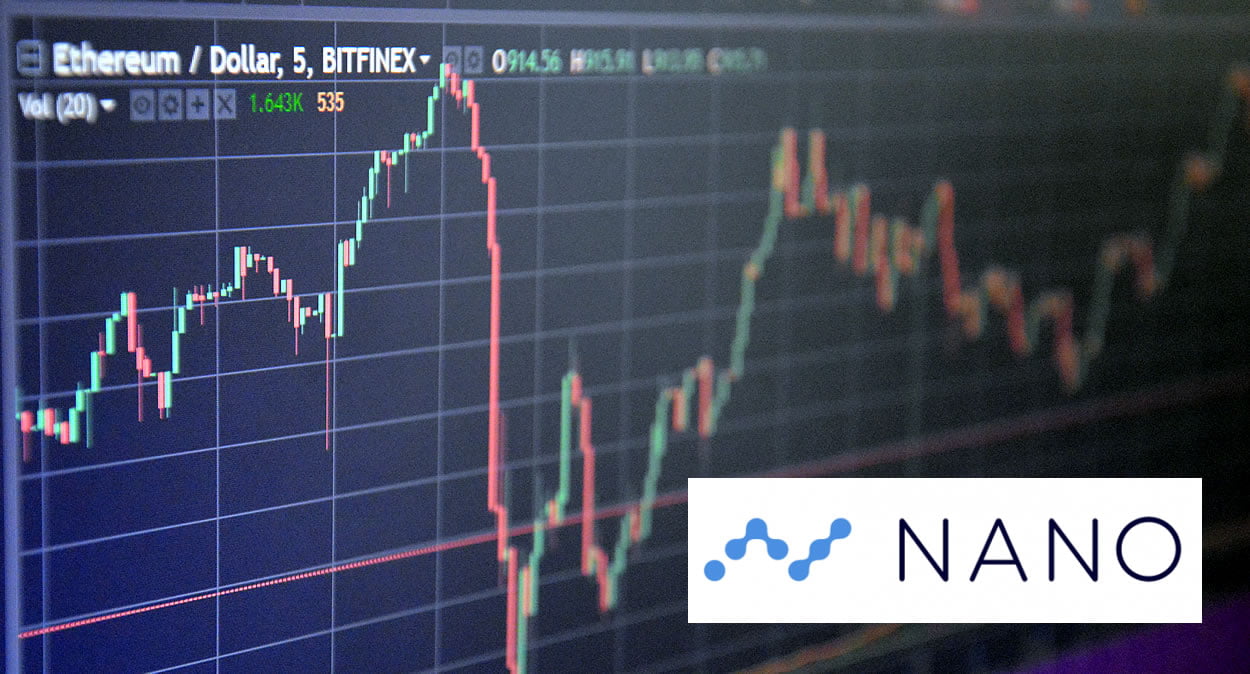 As we enter another week in crypto land markets have retracted slightly and negative momentum has caused a correction once again during Asian trading. Total market capitalization has remained well above $400 billion but has fallen a little on the day. Bitcoin has fallen slightly over the past 24 hours dropping 1.65% back to just over $9,300 which is still in positive territory. Altcoins are mostly in the red this morning as traders take profits which is a natural part of the market cycle. As usual one is standing out from the rest with solid gains over the past day and that coin at the moment is Nano.

According to Coinmarketcap Nano has gained 10% over the past 24 hours and continues to climb in Asia this morning. Trading at $8.45 Nano has risen steadily from $7.64 this time yesterday when most other altcoins have fallen during the period. Over the week Nano is up 18.6% from $7.20 this time last week and on the month gains are even greater with a 70% jump from around $5 the same time last Monday. Against Bitcoin Nano is trading 12% higher on the day at 91000 satoshis from 80400 sats this time yesterday, over the week gains on BTC have been around 11% from 82000 satoshis this time last week.

Nano is the rebranded version of RaiBlocks however it has been in decline since the rebrand in early February. The BitGrail incident did not help the Foundation but they did offer support for those who lost out in the hack. The recovery started in mid-April and Nano has been steadily climbing ever since almost doubling in price since then. Last week Nano deposits were reopened on Binance but there have been no other significant announcements since then to drive current momentum for the peer to peer micropayments cryptocurrency.

Trading this morning has been predominantly on Binance which has over 90% of the total volume in Nano. That volume has jumped significantly in the past 24 hours by 165% from $20 million to $53 million. Consequently Nano has edged back into the top 25 at 24th spot with a market cap of $1.1 billion.

Total crypto market capacity has fallen over the past 24 hours by 2% to $430 billion where it currently stands. Over the week the uptrend continues though as all cryptos have gained a combined 9.5% since this time last Monday. Other altcoins showing strong gains this morning include Neo which is up an equally impressive 9% on the day. Tron, Qtum, and VeChain are also in the green when most others are correcting lower.