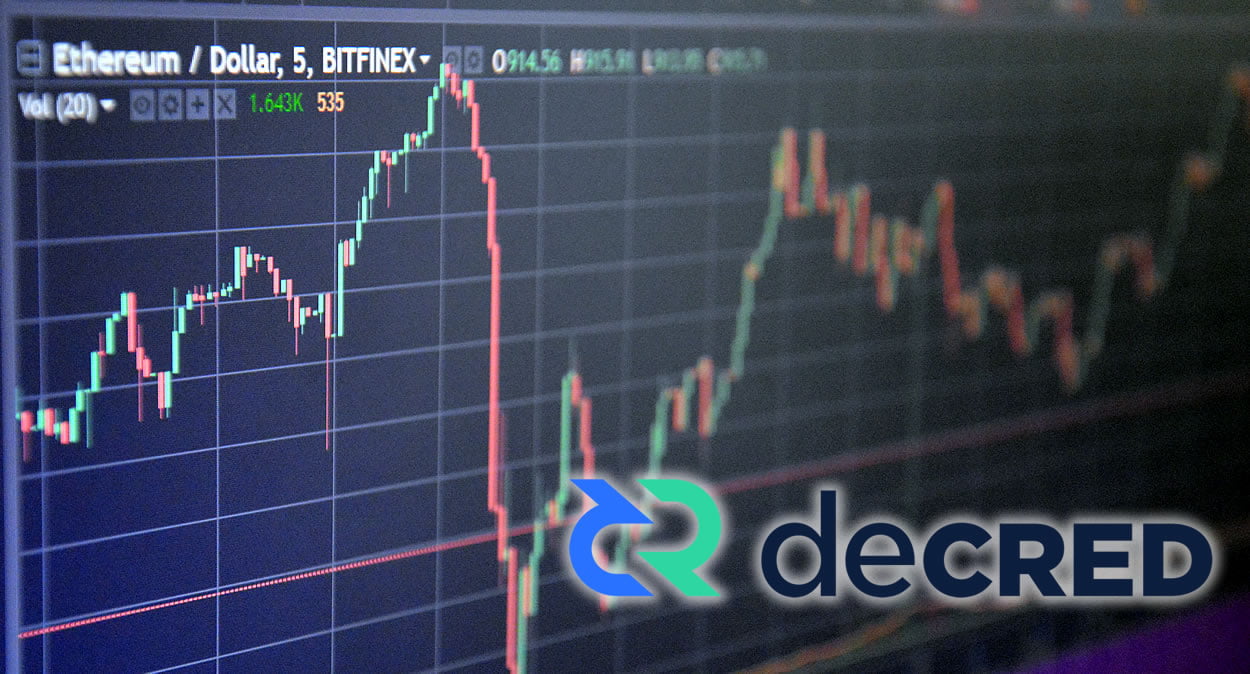 It appears that we’re in for another week of yo-yoing on crypto markets, Monday up, Tuesday down. Momentum could not carry markets over $400 billion and they’ve fallen back today in the same pattern we’ve seen for the past week. The buying starts in Asia and the selling starts in America and the cycle repeats. Bitcoin failed to push past $8,500 and has retreated back 2% to $8,340. All altcoins have mirrored the slide and are in the red at the moment. We have to go outside the top 25 to find a coin in the green and today it is Decred.

According to Coinmarketcap DCR is up 2% percent on the day whilst all others have fallen. Currently trading at $113 this altcoin is up marginally from $110 this time yesterday. This tiny gain is only remarkable because all others have lost ground. Over the past week DCR has made 14% from $110 this time last Tuesday. On the month it has shown even better gains of 75% from $65 this time last month. Against Bitcoin DCR is up 4.5% on the day to 1364400 satoshis from around 1300000 sats this time yesterday. Weekly gains on BTC have been better with Decred climbing just under 20% from 1140000 satoshis this time last week.

Decred is an autonomous cryptocurrency driven by self-rule from the stakeholders. The blurb on its website states; “Our innovative consensus voting model empowers stakeholders and allows for the seamless transition from one set of rules to another. Decentralized decision-making and self-funding have enabled us to build a robust, evolving digital currency, free from third party influence.” There have been no announcements to drive current momentum which has left some traders on Reddit concerned about a pump and dump;

“Any time one of my alts has risen this much they always have crashed back down. Every single time. I don’t see much of a reason for its continued rise when the rest of the market is down.”

At the moment DCR trade is happening on the obscure exchange Ooobtc, followed by Bittrex indicating that it is not a coin favored in Asia. Decred is not far off its January all-time high of $121 but volume over the past 24 hours has slowly tapered off from $14 million to $10 million. Market cap for DCR is currently $800 million positioning it at 29th on the crypto charts.

Total crypto market cap has fallen by 3.6% over the past 24 hours to $375 billion indicating that the bear run which started on May 6th is continuing. All other altcoins have lost ground during this morning’s Asian trading session with EOS, Bytecoin, Zcash and Lisk taking the biggest hits.