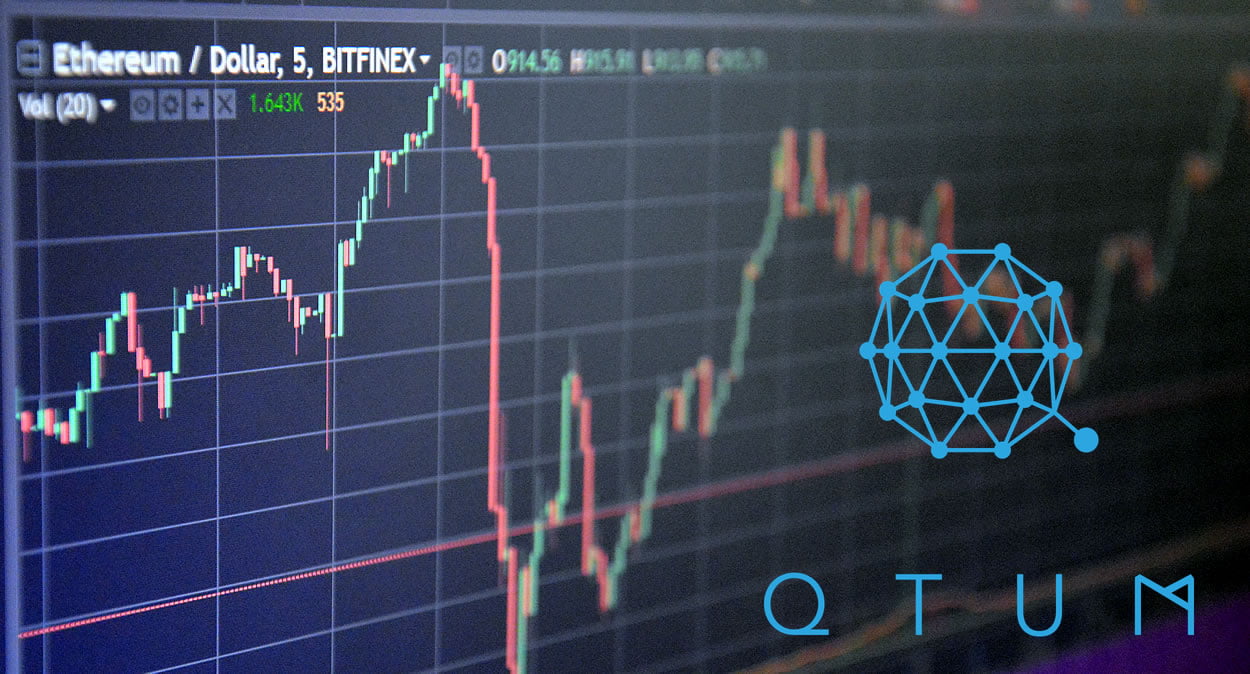 Crypto markets have remained sideways as we enter the weekend. There has been no momentum in either direction and the markets are holding steady for now at around the $330 billion mark. Bitcoin has done very little over the past 3-4 days and is floating around the $7,500 level. Technical analysts are predicting a breakout as BTC approaches a major resistance level at $7,600. Ethereum has made small gains but is steadily heading upwards, currently trading around $580. The rest of the altcoins are mixed once again, but the majority are in the green, albeit very slightly. Iota has extended its bullish run from yesterday but the other coin making a move this morning is Qtum.

According to Coinmarketcap Qtum is trading 9% higher this morning in Asia. Trading at $14.56 Qtum is up from $13.30 this time yesterday and is one of the top performing altcoins at the moment. Over the past seven days it has made 10% from $13.22 this time last weekend. On the month however Qtum has fallen 34% from just over $22 at the beginning of May. Against Bitcoin it is up 9% on the day to 194300 satoshis from 177600 sats this time yesterday. Weekly gains on BTC have been a similar 9% from the same level this time last Saturday. Over the month Qtum has lost 20% against Bitcoin falling from 242000 satoshis this time last month.

Founder of Qtum, Patrick Dai, has been announcing future plans for the cryptocurrency and its team. Becoming more active on twitter can reignite interest in certain altcoins and Qtum seems to be one of those;

He went on to say that they are building the best technology for the industry but have failed to market and communicate that correctly. This change in focus will put Qtum back into the limelight which is currently driving momentum.

Qtum is traded predominantly on little known Chinese exchange LBank which has around 35% of the total volume. South Koreans have also been trading Qtum heavily over the past 24 hours with Bithumb and Upbit taking large shares each in KRW. Trade volume has increased from $120 million to $162 million over the past day, and market cap currently stands at just under $1.3 billion positioning this altcoin at 19th spot.

Total crypto market capitalization has remained flat over the past 24 hours and currently sits at $333 billion. This is the same level things were at this time last weekend before a Tuesday slump to just over $300 billion. Other altcoins are not moving very much in either direction, Iota is still performing well, up 11% on the day following the Norwegian Bank collaboration. OmiseGO is the third best performing altcoin in the top 25 with gains of 5%, and Bitshares is up 6.3%.

More on Qtum can be found here: https://qtum.org/