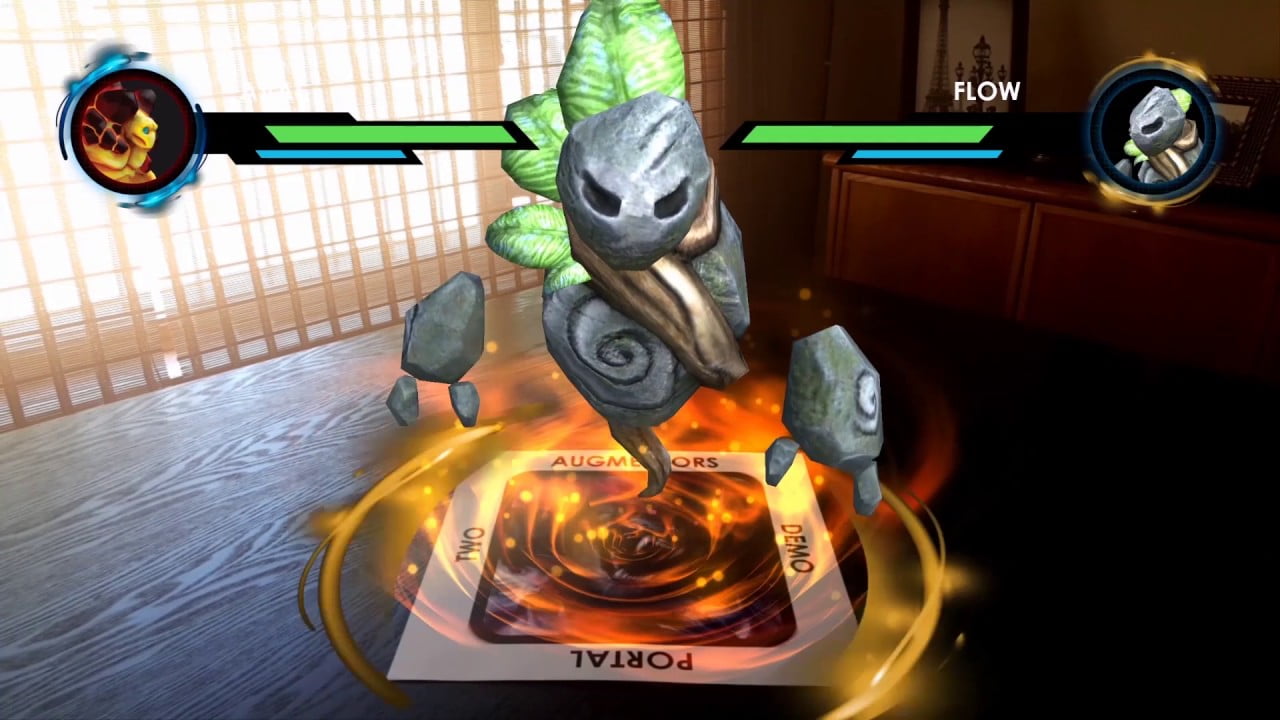 Cryptocurrency ICOs are all the rage these days, and the video game industry has been one of the first to jump on this crowdfunding opportunity. Spells of Genesis and Force of Will raised money for their trading card games, and Beyond the Void will be the first blockchain-based RTS/MOBA.

The Augmentors team was clearly inspired by these examples and has followed in their footsteps, making blockchain gaming officially in style. Their chosen game genre is augmented reality—as in Pokémon Go—allowing you to summon creatures into the world with which to battle in turn-based fashion.

Unlike Pokémon Go, however, Augmentors uses decentralized technology. Creatures and relics you acquire are registered on the Bitcoin blockchain via Counterparty, which inserts information about the in-game assets into the OP_RETURN section of transactions. They are typically traded thereafter with “swapbots” or purchased for cryptocurrency.

In this they’ve followed Spells of Genesis directly, and the two partnered for Augmentors’ pre-sale. Also like Spells of Genesis (and many others), they’re crowdselling their cryptocurrency ahead of time in a 30-day initial coin offering, or “ICO.” Their tokens—called Databits (DTB)—are needed to acquire assets directly from the store, which will occasionally offer special deals and give DTB intrinsic value.

Creatures level up with experience, from Rookie all the way to God status. Participants in the crowdsale may also get a limited edition creature to start with, however, depending upon how many Databits were purchased. The tiers are as follows:

There was also a Diamond Package for 100,000 Databits (currently 6.6 BTC) that yielded Partner Store access and a God token, a legendary creature which maintains its God status permanently. Unfortunately, these are already sold out; this stands as a testament to the success of the Augmentors ICO, which has already raised 584.42 BTC.

The crowdsale has still just begun, however, now entering the second tier with 14,000 Databits per bitcoin. That means it’s still a good time to get in on the action, especially since all previous blockchain gaming ICOs have already returned so well on their investments before their games are even out. If Augmentors is anywhere near as successful as Pokémon Go, Databits should go even further in the future.

Tags: altcoinaugmentorsbitcoinblockchaincrowdsalecryptocurrencydatabitsgamingICONewsvideo games
Tweet123Share196ShareSend
BitStarz Player Lands $2,459,124 Record Win! Could you be next big winner? Win up to $1,000,000 in One Spin at CryptoSlots