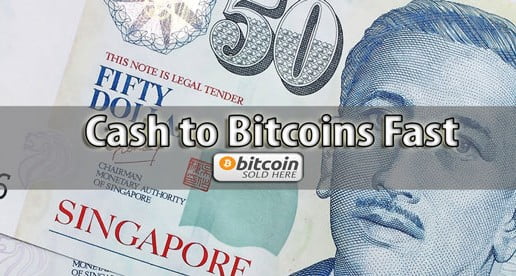 DealStreetAsia reports that Singapore’s popular Bitcoin exchange and consultancy platform Coin Republic is receiving buyout offers from several firms. The company’s official twitter handle, @CoinRepublic has opted not to comment on the rumors.

According to Deal Street Asia, “an executive familiar with the digital currency space” is saying that the company is in talks to be acquired by a non-Singaporean company.

Fanning these speculations, the Bitcoin brokerage’s founder David Moskowitz said, “I’ve been in discussions with several firms and received offers, but can’t comment at this point.”

Coin Republic offers its customers secure 256-bit SSL buying/selling Bitcoin services. The exchange does not hold the customers’ Bitcoins and give them complete ownership of their funds. The funds are directly transferred to the wallet specified by the user.

“We do not believe in holding customer funds for extended periods. This is counter-party risk which we want to help you manage” Coin Republic states. “By only sending money that you want converted into Bitcoin, and using your own controlled wallet you limit the risk of your hard earned capital.”

The exchange follows a transparent pricing model and charges a straight commission of 1.9% on all trades. The company does not meddle with prices and takes real-time quotations from the exchanges they are involved with. For buying Bitcoin, prices are taken from the Cointrader exchange. In case, the quantity is big and manual trading is done, then Coinbase price is used.

Founded in 2013, the Bitcoin exchange platform also conducts seminars to impart complete information about the potential benefits of using Bitcoin and provides consultation services to businesses looking to better grasp the opportunities that the digital currency space offers.

Earlier this year, the exchange sponsored the DBS Blockchain Hack where participants had to create products related to the banking and financial sector using the blockchain technology.

Tags: bitcoinbitcoin blockchainBitcoin buying and sellingbitcoin exchangecoin republicConsultingNewsSeminars
TweetShare
BitStarz Player Lands $2,459,124 Record Win! Could you be next big winner? Win up to $1,000,000 in One Spin at CryptoSlots