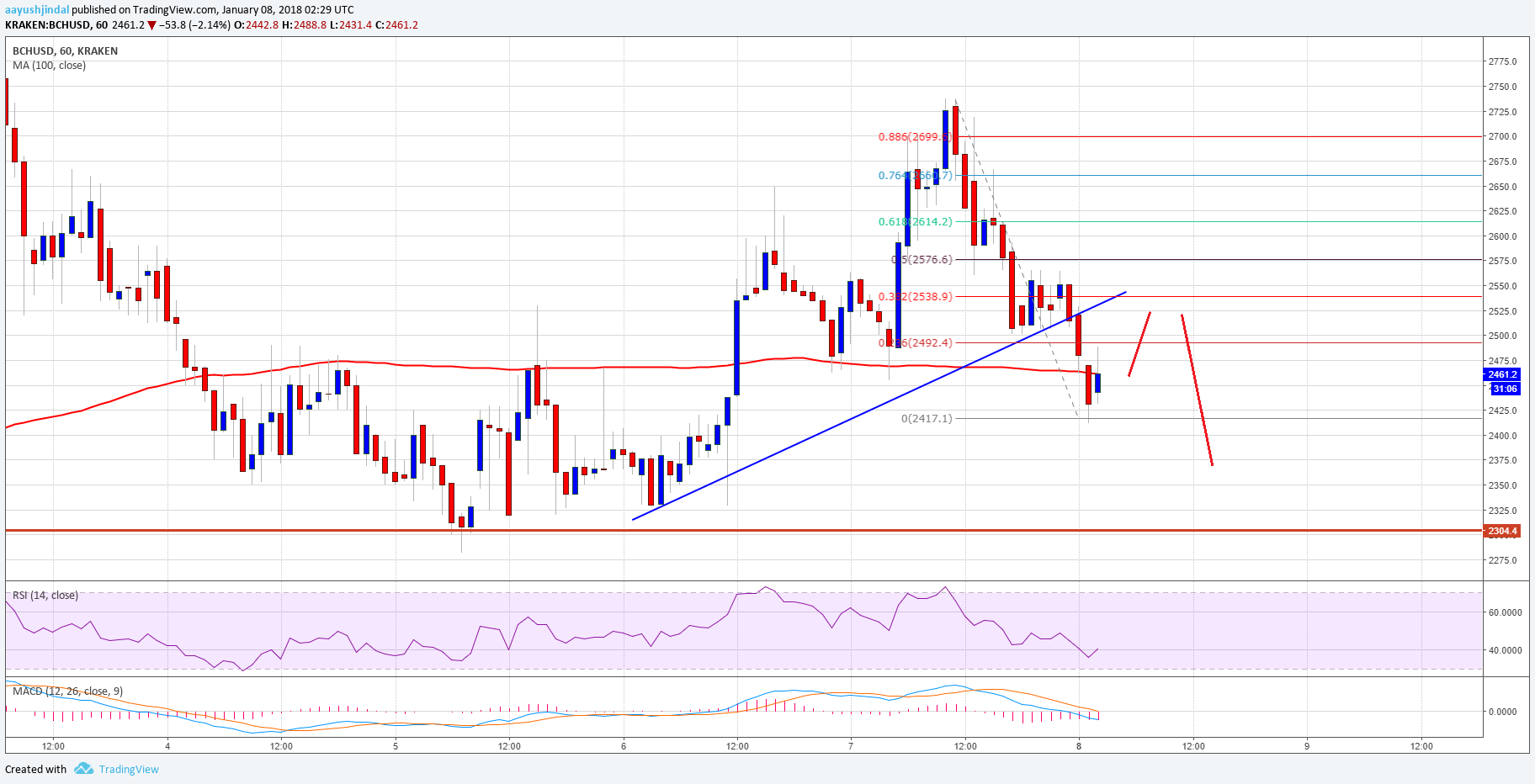 Bitcoin cash price struggled and moved below $2500 against the US Dollar. BCH/USD could trade further lower and test the $2300 support.

There was a pause in the bounce near $2700 in bitcoin cash price against the US Dollar. The price failed to stay above the $2700 level and started a downside move. It declined and broke the $2600 and $2500 support levels. During the decline, there was a break below a key bullish trend line with support at $2520 on the hourly chart of BCH/USD.

The pair is currently trading around $2450 and is attempting a close below the 100 hourly simple moving average. Should there be a close below $2450 and the 100 hourly SMA, the price could extend declines. The next major support on the downside is around $2300 followed by $2280. On the upside, an initial resistance is around the 23.6% Fib retracement level of the last drop from the $2730 high to $2417 low. However, the most important hurdle is close to the $2550 level and the broken trend line.