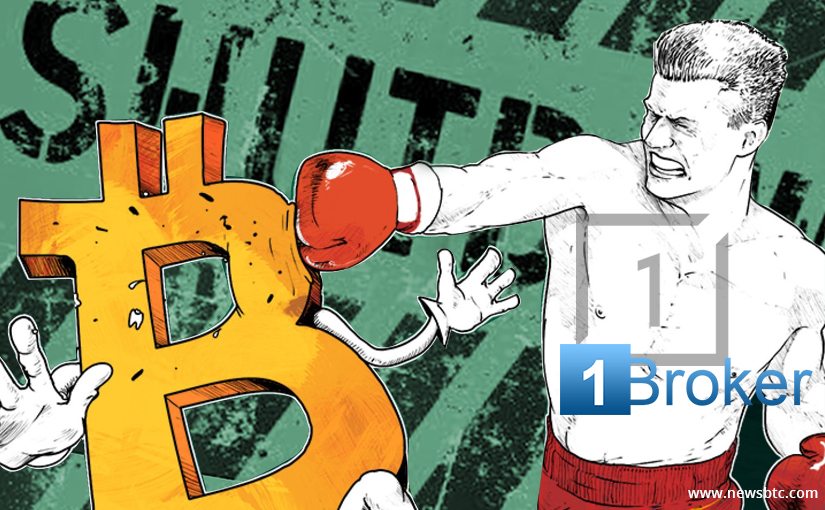 There are quite a few trading platforms for Bitcoin these days. One of the most-respected platforms goes by the name of 1Broker. This platform has made quite a name for itself among speculators and professional traders these past few years. However, the company also faces some criticism lately. The price variances are causing a lot of issues, forcing the company to take drastic matters.

Considering how 1Broker is well-known for BTC/USD trading, the company needs to be on their toes at all times. Over the past few months, their customer base has grown spectacularly. Unfortunately, that growth comes with a lot of issues as well. Things have become so dire the company decided to halt BTC/USD trading as of yesterday. Do not be alarmed, as the company is not going away by any means.

Instead, the overarching company running 1Broker will launch a new dedicated trading platform. This new platform will be used for BTC/USD trading. By making this move, the parent company wants to improve trading execution. Unfortunately, it appears they have chosen one of the worst names possible. This new platform will be called 1Gox. Anything with the term “Gox” in it is frowned upon in the Bitcoin community.

With trading halted for now, it is evident speculators will need to find alternatives. 1Broker has no official timeline to launch the new platform. We do know it will occur at some point in Q3 of 2017, though. An increased spread, high finance charges and fund allocations are all driving reasons for this sudden change. Moreover, the costs outweigh profits generated by 1Broker at this point. Shutting everything down to relaunch as a dedicated platform is the only viable decision.

For now, it is anybody’s guess as to how the improved trading infrastructure will look. Moreover, the name of 1Gox will cause a fair bit of friction among Bitcoin users. Then again, now is a good time to turn a negative into a positive. We can only hope 1Gox has no plans to scam user out of their bitcoins, like Mt. Gox did. Some people are still convinced this name change is just a marketing stunt, though. Only time will tell if this change is legitimate. Regardless of that, 1Broker has halted trading for now, that fact will not change.

Tags: 1Broker1GoxbitcoinBitcoin News
TweetShare
BitStarz Player Lands $2,459,124 Record Win! Could you be next big winner? Win up to $1,000,000 in One Spin at CryptoSlots