2016, a Bumpy Road Ahead for Bitcoin Industry 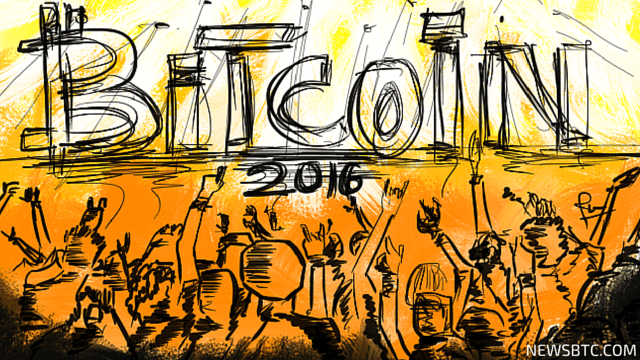 We have 10 more days to go for the new year. This year has been great for Bitcoin and Bitcoiners—we hope you were among them, too. In one of our previous articles, we discussed the progress of Bitcoin over 2015. While the Bitcoin sector has had its share of ups and downs during the year, it has made good overall progress. Now it is time to have a look at what might be in store for the digital currency in the coming year.

The adoption of bitcoin among individuals has been good in 2015, and we can expect the same thing to continue in the coming year, as well. The development of products and services using blockchain technology has been on a full swing in recent days, and the potential of this technology has attracted a lot of investments from various venture capitalists and the fintech industry alike. As the year 2016 progresses, we can expect many of the much-awaited products to hit the market.

On the technical side, some of the major developments are slated to happen during 2016. Come 2016, it will be 8 years since Bitcoin came into existence. It also means that the mining reward per block will be halved for a second time, right on schedule. Earlier rewards for block discovery were set at 50 bitcoins, then halved to 25 in the year 2012. In 2016, the rewards will be further halved to 12.5 per block discovery. This may lead to further increases in the value of Bitcoin itself, to compensate for the demand. It also means that mining operations will undergo major overhaul, rendering a lot of previous-generation ASICs and miners obsolete.

The bitcoin network is already experiencing a considerable increase in transaction volumes, leading to slower confirmations and increased backlog. These issues are likely to worsen unless the block size is increased from the existing 1 MB to something much bigger. The only way to do it is by all the parties reaching consensus, which is quite possible in 2016.

Meanwhile, the cryptocurrency may soon find its way to Wall Street as a commodity to be traded, which may happen sooner or later, says Barry Silbert from Digital Currency Group. The banking consortium of over 30 banks is involved with R3, a New York based fintech startup to develop a blockchain network for all the partner banks. The blockchain network is intended to circumvent the existing SWIFT network to facilitate cheaper and faster fund transfers between branches across the world.

There has been a considerable increase in investments being channeled towards Bitcoin and blockchain-based startups. While the same will continue in 2016 as well, the segment might soon get overcrowded later in the year. The progression will lead to the creation of a Bitcoin startup bubble that will eventually burst, taking some down with it while the bigger, more established companies will make it through and acquire the under-performing ones with products that align with their vision.

The next year to come will be a bumpy ride, nevertheless. Regulations are another aspect that needs to be accounted for. Many countries have so far kept themselves away from cryptocurrency sector, but they may soon switch from being observers to becoming enforcers by introducing regulations governing the usage of such currencies.