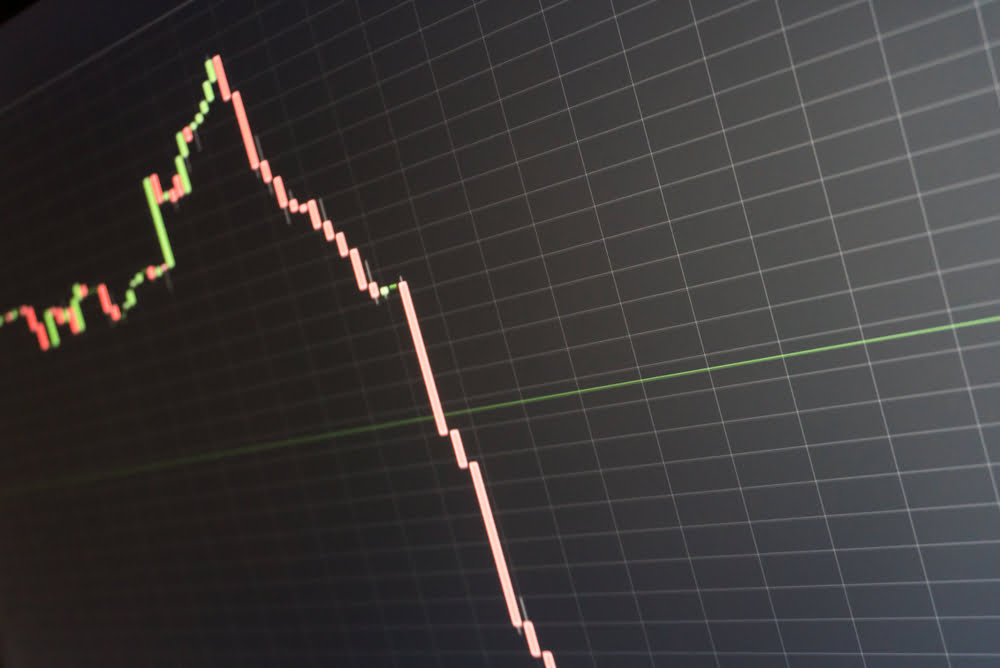 A historically accurate technical indicator is warning about a 50 percent bitcoin price crash in the coming months.

The 50-weekly moving average, as it is called, helps traders gauge bitcoin’s medium-term bias. If the cryptocurrency’s price sustains above the 50-WMA, then it represents the possibility of a strong uptrend. On the other hand, flipping below it leads to massive declines.

Bitcoin is now testing the same 50-WMA (the blue wave) as its crucial price support (near $8774) for the last three weeks. The cryptocurrency, so far, managed to sustain above the said level, but it risks breaking to the downside as traders’ selling sentiment above $9,000 grows stronger.

What happens after bitcoin breaks below the 50-WMA can be estimated from old fractals.

In 2018, for instance, breaking below the 50-WMA led cryptocurrency to fall by a little more than 58 percent. Similarly, in early 2020, the price crashed by 54 percent shortly after breaking bearish below the blue wave.

In its third and latest instance, bitcoin’s potential to hold that substantial support is weak.

The reason is the red Descending Trendline, as shown in the chart above. The resistance-like level has capped bitcoin from logging a full-fledged breakout since December 2017. Traders may retest the Trendline, but the next rejection would increase the chances of an extended bearish correction below the 50-WMA.

If bitcoin breaks below the 50-WMA, followed by a close below its medium-term Ascending Support (purple), then the price could crash into “Consolidation Range” – the red bar in the chart below.

The prediction takes its cues from Bitcoin’s breakout action from 2018. The cryptocurrency’s correction below the blue wave landed its price in a strict trading range defined by $7,100 as resistance and $5,900 as support. The BTC/USD rate trended sideways in the said area until November 2018.

The Consolidation Range also served as support after bitcoin briefly broke below the 50-WMA in November 2019. It also behaved like a concrete price floor to help sustain bitcoin’s recovery from March 2020 sell-off.

The red area is also serving as a point of support confluence.

The long-term 200-WMA support wave (in orange) has protected bitcoin from falling into bigger downtrends as it bottomed near $3,120 in December 2018 and $3,800 in March 2020. It is now entering the Consolidation Range, offering bitcoin double-layer support.

Together, these support levels serve as an ideal place for traders to reaccumulate bitcoin – should the price break below 50-WMA. On the other hand, it also puts bitcoin’s medium-term downside target near $6,000.

Observers believe the cryptocurrency will rise as the Federal Reserve continues its open-ended stimulus program to aid its economy from a pandemic-hit financial meltdown. They see Bitcoin as a safe-haven asset, a narrative that has picked momentum even since some Wall Street investors verified it.

Paul Tudor Jones, a billionaire hedge fund manager, lately allocated 1-2 percent of his portfolio to bitcoin futures, admitting that the strategy could protect him from “fiat inflation.” Meanwhile, Renaissance Technologies’ flagship fun worth $160 billion also wrote in its Form ADV that it is looking into bitcoin futures.

“Just own the best performer and not get wed to an intellectual side that might leave you weeping in the performance dust because you thought you were smarter than the market,” wrote Mr. Tudor Jones in his note. “If I am forced to forecast, my bet is it will be Bitcoin.”

The market is now anticipating Goldman Sachs to make an important announcement on Bitcoin.

That amounts to an ideal bullish climate for the cryptocurrency in the coming months. It should assist traders to hold the 50-WMA level, as well.

Tags: bitcoinbtc usdcryptocryptocurrencyS&P 500spx
TweetShare9
BitStarz Player Lands $2,459,124 Record Win! Could you be next big winner? Win up to $1,000,000 in One Spin at CryptoSlots